In the small town of Somers, Connecticut, near the Massachusetts border, the cofounder of a prominent American restaurant chain has built an apparently meticulous replica of Thomas Jefferson’s mansion in Monticello, Virginia. As reported in the Boston Globe last Christmas Day, S. Prestley Blake is a Jefferson devotee who wanted to recreate the architectural beauty of the founding father’s longtime residence in his own abode.1 A monument of the southern plantocracy resurrected in a New England neighborhood, this incongruous replica of Monticello may be most notable for what is absent from its design. For all the attention to recreating specific details of the original, including the use of distressed bricks that mimic the uneven surfaces of 18th-century masonry, a fundamental aspect of Jefferson’s Monticello—the very reason for its existence—has somehow gone missing. No attempt has been made to recreate the original plantation’s slave quarters, which were located in an area of Monticello known as Mulberry Row. It would take a great deal of naïveté to be surprised by this. But the omission nonetheless underscores just how easy it is to define historical authenticity in terms that do real damage to the lived experience of the past. No one can look at this replica of Monticello and say that it produces a bona fide approximation of the original—and yet this is the very fiction that animates the entire project. 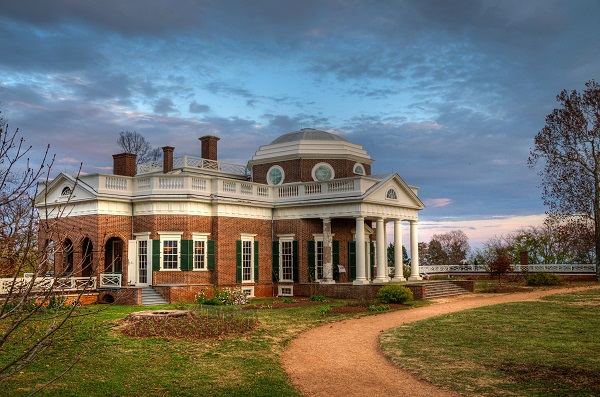 Blake’s story is an especially interesting example of how racial politics and the tendency to appropriate history in “great man” form can intersect. An increasingly large gap separates the public from the world of most academic historians, for whom “great man” history has long been out of fashion. Indeed, one of the major achievements of modern historical scholarship has been precisely to substitute the archaic form of “great man” narratives with more complex, holistic, and multidimensional accounts of the past. We have come a long way since the day in 1840 when Thomas Carlyle could observe with perfect conviction that “[u]niversal History, the history of what man has accomplished in this world, is at bottom the History of the Great Men who have worked here.”2 Carlyle wrote out of the belief that his own age had already come to deny the reality and role of heroic individuals. His nostalgia for a time when history could be captured through the lens of seemingly larger-than-life figures finds the occasional echo today.3 But, relative to even a few decades ago, historians of the present generation tend to share a healthy skepticism of this approach. Certainly few of us believe that a compelling account of American politics, for instance, could be limited to a series of essays, even highly astute and critical essays, on luminaries such as Jefferson, Lincoln, FDR, etc., as in Richard Hofstadter’s The American Political Tradition (1948). Today, we typically expect our colleagues to dig more deeply, to look further afield, for the answers to their questions.

We are right to do so: there is a much larger playing field to the history of American political thought, a field that has expanded to take in figures like Frederick Douglass, Susan B. Anthony, and W.E.B. DuBois, but also lesser-known voices such as the African American abolitionist David Walker and author Phyllis Wheatley. But, to judge from examples such as Blake’s recreation of Monticello, the popularity of HBO’s John Adams miniseries, and a reading of the nonfiction bestseller list, the public seems unmoved by academic skepticism of top-down and/or hagiographic history that focuses on the most iconic representatives of the white political establishment. There is plenty of blame to go around here. In their search for the most marketable history books, some trade publishers no doubt help to perpetuate that complacent style of popular history. And some academic historians, in their pursuit of archival mastery, have given up on the task of synthesizing for a nonacademic audience the many specialized studies that dot their respective historiographical landscapes.4 When all this is taken into account, the basic problem remains: there is a persistent divide between what scholars and ordinary Americans regard as meaningful engagement with the past. That divide is a problem for historians in all fields, but it has an especially troubling racial dimension that reflects long-standing struggles over money, property, and power.

As an illustration of this point, Blake’s reproduction of Monticello has an added ironic dimension. It turns out that the home, built at a cost of $7.5 million, is already losing money (as anticipated by its owner) and is listed on the real estate market for a “mere” $6.5 million. That a replica of Thomas Jefferson’s plantation home should become a cause of debt is a reminder of nothing so much as Yogi Berra’s line “It’s like déjà vu all over again.” Jefferson’s infamous financial straits, which grew more extreme the more he invested in Monticello, underscore the extent to which Americans identify with the home and are willing to invest their capital in it, at the risk of capital loss, bankruptcy, and worse. We aspire to make these investments and accept such risks, moreover, even though they help to perpetuate existing racial inequalities in our society. It was true already in Jefferson’s time, and to a distressing extent it remains true in ours as well: American inequality draws on the place of the home in our pursuit of happiness.

And so, when a Connecticut restaurant magnate decides, for practical or political reasons, to leave Mulberry Row out of his particular image of what Jefferson represents, he is not doing so in a vacuum. After all, it was only in the 1990s that historians working at the Thomas Jefferson Foundation, which manages Monticello, sought to research and represent the histories of the enslaved and free laborers on the plantation. As a nation, we have propagated a conception of what counts as “history” that all too easily permits us to omit the Mulberry Rows of our past, particularly when we try to embody that past in the material present. The practical nature of these exclusions is precisely the point. At the level of public culture, it remains far too easy to suppress the remains of black history in America, even after the rise of a more multiracial account of US history over the past few decades.

Monticello, now a UNESCO World Heritage Site, has been designated as such because it is said to “represent a masterpiece of human creative genius” and “exhibit an important interchange of human values.”5 Tours of the plantation and the Getting Word website now acknowledge the lives and craftsmanship of many of the enslaved people whose skills enabled Jefferson to realize his genius, including members of the Hemings family, to whom Jefferson is likely related.6 Yet, a few miles from Monticello, the gravesite and home of a prominent descendant of the Hemings family have been threatened by exhumation and destruction in order to make way for a federally funded highway.7 Although the Monticello website lauds the achievements of educator and politician Jesse Scott Sammons,8 the Commonwealth of Virginia claimed the site had no historical significance, effectively arguing that the lives, achievements, and stories of persons of color did not matter and should not be protected and preserved. Efforts by descendants to prevent the destruction of the site highlighted how historic preservation laws similarly enshrine a version of the “great man” history narrative; the material culture of “ordinary” Americans often perishes as a result.

This troubling dynamic extends well beyond Jefferson and the American founding fathers. Across a whole range of subjects, the “great man” school of thought continues to deliver the past in forms that reify rather than challenge provincial interpretations of how the modern world came to be. In the kinds of history that shape the historical consciousness of ordinary citizens, as opposed to the academy, we see the remnants of a still powerful tendency to marginalize or suppress the stories of black lives. Received narratives about the past are thereby propagated anew as more marketable or practical than those inconvenient alternatives that try to cut against the grain of “great man” history. We all have a stake in this conflict over black and other marginalized histories, as home buyers and home owners, as consumers of history, as people who make decisions day in and day out about what counts, and what doesn’t, in our collective memories of the past.

1. Brian MacQuarrie, “A Jefferson Follower’s $7.5m Declaration of Admiration,” Boston Globe, December 25, 2014. The home now has a website of its own: http://www.monticello-somers.com/.

7. “Save the Sammons Family Cemetery and the Jesse Scott Sammons House,” Facebook, https://www.facebook.com/pages/Save-the-Sammons-Family-Cemetery-and-the-Jesse-Scott-Sammons-House/425733144187331?fref=ts.

8. “Education: The Power of the Mind,” The Jefferson Monticello, http://www.monticello.org/site/plantation-and-slavery/education-power-mind.