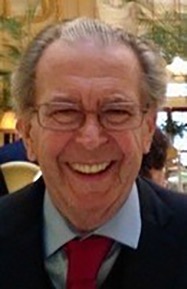 Buchanan Sharp, historian of Tudor-Stuart England, died of COVID-19 on December 20, 2020. Born in Scotland, he immigrated to the United States with his parents in 1955 at the age of 13 and earned both his BA and his PhD at the University of California, Berkeley. He taught at the University of California, Santa Cruz (UCSC), for 40 years, from 1970 until his retirement in 2010.

Buck, as we called him, was admired and loved by those of us who knew him well. To acquaintances, he was a blunt, plainspoken Scot whose integrity, fairness, good judgment, and clarity of mind became legendary at UCSC. A dedicated citizen of the university community, he was so widely respected that over the years he was repeatedly asked to assume key administrative responsibilities in times of crisis or confusion. (Such times were frequent on this campus.) He chaired the Committee on Academic Personnel for three years and served as acting dean of the humanities during difficult times. He served two terms as chair of the history department, and he chaired the History Graduate Committee for seven years, during which he oversaw the reinvention of history graduate studies at UCSC.

Although Buck liked to describe himself as a “parish pump” historian, his range as a teacher was broad. For several decades, he taught the survey course on early modern Europe, and he regularly taught courses on medieval English history, Dutch history, and historiography, in addition to his “bread-and-butter” lecture courses on English history. He also co-taught a course on early California history and literature that included field trips to mining towns in the Sierras. A colleague described his lectures as striking not only for his command of the subject—he lectured entirely without notes—but also for the originality of his interpretations. He had fresh, often provocative things to say about the enclosure movement, the origins of the English Civil War, the continuing role of the establishment in British political and cultural life, and much else.

Buck was devoted to the exploration of popular unrest in late medieval and early modern England. His first book, In Contempt of All Authority: Rural Artisans and Riot in the West of England, 1586–1660 (Univ. of California Press, 1980), was based on massive archival research. Focusing on a series of forest riots in the 1620s and ’30s, Buck sought to determine the social and economic conditions that produced what came to be known as the Western Rising. He challenged the assumption that people leading riots were directed by the gentry, arguing instead that their actions represented the efforts of independent agents working for themselves and their own community.

In his final work, Famine and Scarcity in Late Medieval and Early Modern England: The Regulation of Grain Marketing, 1256–1631 (Cambridge Univ. Press, 2016), Buck linked the study of popular responses to food shortages to a detailed analysis of the role played by the Crown and by large cities in the management of grain supplies and the regulation of the grain trade. Here, the focus was on the very long term—on a period of almost 400 years, going back to the mid-13th century. The work was praised by reviewers both for its “impressive chronological sweep” and “well-nigh exhaustive research” and as “an indispensable source for historians working on every aspect of medieval and early modern market regulation.” With this work, Buck entered the debate opened in 1971 with the publication of E. P. Thompson’s article “The Moral Economy of the English Crowd in the Eighteenth Century,” offering not only an alternative account of the origins of the moral economy but also a 400-year archival trail, asking provocative questions and providing significant new interpretations.

A scholar-teacher whose research permeated all aspects of his teaching, as well as his interactions with colleagues, Buchanan Sharp is survived by his wife, Meg Lilienthal; his children, Duncan Sharp and Heather Cortez, and their spouses; and three grandchildren.