Historian of the FBI 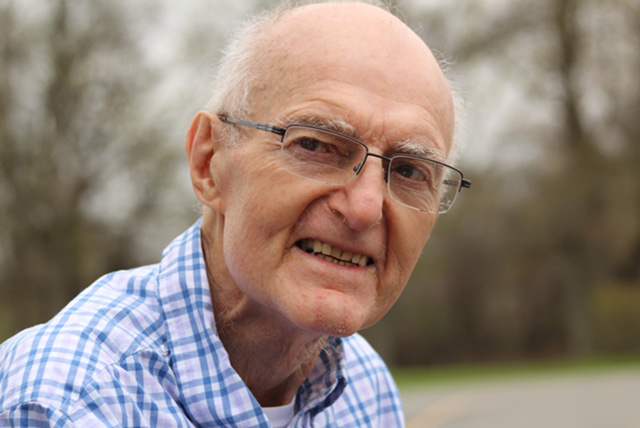 Athan G. Theoharis, professor emeritus of history at Marquette University, died on July 3, 2021, at the age of 84. My father and I had very different ideas about the history that needed studying. An institutionalist, he devoted his life to researching, understanding, uncovering, and exposing the secret files and abuses of the Federal Bureau of Investigation (FBI). He never quite understood why I study the history of African American social movements. The massive, devious, far-worse-than-we-could-have-imagined powers of the state were what needed our attention.

After earning a doctorate in history from the University of Chicago, he began his career as a Cold War historian, studying the virulent anti-Communism that defined the US presidency and intelligence agencies for much of the 20th century. His 1971 Nation article, “Misleading the Presidents: Thirty Years of Wiretapping,” drew the attention of the Church Committee, who sent him to the presidential libraries to explore the relationship between the FBI and the presidents.

That work and his steadfast efforts over the next 35 years helped expose the systematic abuses of power the FBI had engaged in over the 20th century. One of his biggest contributions was in decoding the FBI’s separate filing procedures and uncovering the office files kept by FBI director J. Edgar Hoover and other senior FBI officials. Part of what my dad did was figure out their different filing and naming systems, request them, sue for them, and ultimately unlock many of them, persistently chipping away at the FBI’s desires for secrecy. He published this work in, among others, The Boss: J. Edgar Hoover and the Great American Inquisition (Temple Univ. Press, 1988).

After 9/11, he challenged the idea that the FBI and the intelligence agencies had missed the coming attacks because they were hamstrung by regulations. No, my father insisted in The Quest for Absolute Security: The Failed Relations among US Intelligence Agencies (Ivan R. Dee, 2007), that was patently false. The FBI’s political obsessions had long made it fall down on the job of crime fighting, but just like with anti-Communism, he warned, the FBI used 9/11 to vastly expand their own powers. Civil liberties in peril, the country was again making many of the mistakes it had during the Cold War, as he wrote in Abuse of Power: How Cold War Surveillance and Secrecy Policy Shaped the Response to 9/11 (Temple Univ. Press, 2011).

Despite our different historical approaches, he was one of my greatest cheerleaders, insisting we write a book together, These Yet to Be United States: Civil Rights and Civil Liberties in America since 1945 (Wadsworth, 2003). Three lessons I learned from him:

First, the desire to personalize abuses of power is dangerous, if politically comfortable. My father began his career studying the ways the presidents, the intelligence agencies, and others in political power propelled a relentless anti-Communism that damaged scores of people’s lives and impacted US domestic priorities for decades. Calling it McCarthyism made it seem like the work of one bad man and his supporters—and didn’t capture the widespread political movement it was. Even though my father devoted his life to exposing the abuses of J. Edgar Hoover, he was quick to remind that Hoover was not a lone ranger. Many of the worst things he’d done were done with the knowledge and, at times, at the behest of the presidents. The wall-to-wall surveillance of Dr. King, for instance, was signed off on by then–attorney general Robert Kennedy.

Second, it’s not enough to do the research; you need to mentor others to go farther than you could. My dad advised scores of others on how to do FBI research, and he wrote a pamphlet on how to use the Freedom of Information Act. He was willing to talk to anyone—scholars, activists, high school students, people whose politics he abhorred—because all people needed to understand their rights and the history of FBI abuses. He donated all the FBI files he secured to Marquette so others could access them.

Finally, you cannot wait to publish the book until you know absolutely everything. The world needs it now. Fundamentally, he understood our responsibility is not to produce a perfect manuscript but to document the history the public needs to understand where we’ve been and where we need to go from here.

May his memory be a lesson.