The Elephant in the Room

Career Diversity and the Crisis of Grad Student Mental Health

Recent debates about career diversity and its role in the restructuring of the historical profession have resonated with us at the University of California, Berkeley. Although we work in a top-ranked graduate program in history, within the past five years less than 40 percent of our PhD alumni have secured tenure-track positions. So, with a grant from the AHA in 2018, we spent a year developing and implementing a career diversity initiative with the aim of embedding it within the graduate program. 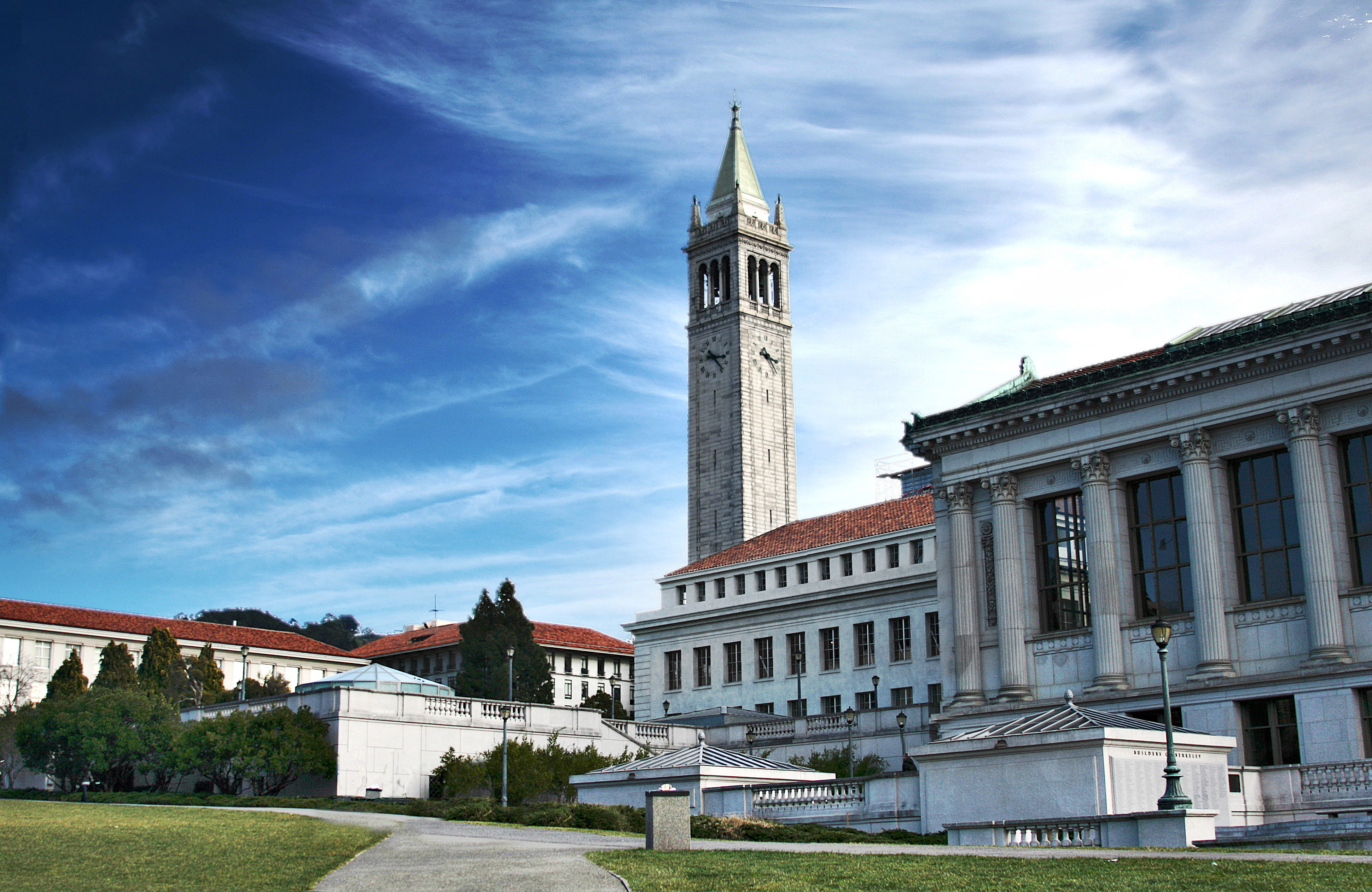 Mental health became a major focus of a career diversity initiative on the UC Berkeley campus. Charlie Nguyen/Flickr/CC BY 2.0

But in our efforts, we began to observe something unanticipated but obvious. Mental health was the elephant in the room. At every professional development workshop and focus group we ran, the conversation quickly turned from careers for historians to questions of mental health. Whether our subject was the creation of online profiles, networking and informational interviews, the mechanics of assembling CVs and résumés, or the broader issues of work-life balance, we ended up addressing the challenges of depression and anxiety. Often in our discussions we confronted the obstacle that a sense of powerlessness and inadequacy poses to taking forward action when it comes to career transitions. And those were the conversations we had with the handful of students prepared to show up for these events in the first place.

Fortunately, the past few years have seen an increased awareness of mental health issues on campus, including an acknowledgment of the mental health crisis among graduate students. There is now plenty of evidence of the scale of this crisis. A study at Berkeley five years ago, in the midst of continuing deterioration of the academic job market and the escalation of living costs, discovered that 64 percent of graduate students in the humanities were depressed. A recent survey in our own department asked students to rate their experience of stress and anxiety on a scale of 1 to 7 (with 7 being the worst) and found that the average response was between 5 and 6.

There are of course various explanations for this crisis. Yet graduate programs do appear to propagate unpromising conditions for mental health, inasmuch as they promote a culture that measures PhDs’ success solely in terms of whether they eventually become tenured academics. Despite tacit awareness of the elephant in the room—at least from what some of our students tell us—it is clear that indifference, and in some instances outright hostility, to career diversity runs deep among graduate students as much as faculty.

The resistance spans a wide spectrum and has diverse origins. Some graduate students are concerned with the labor politics of career diversity. They lament the way in which these initiatives can be used to justify the super-size model of graduate admissions and the consequent “overproduction” of PhDs. As the number of tenure-track academic positions has fallen, a huge reservoir of surplus academic labor appears to enable casualization and the erosion of tenured positions. Furthermore, career diversity programming also seems to ask students—already enduring economic precarity in the pursuit of academic careers—to spend more of their unpaid time training themselves for futures beyond PhD degree requirements. The imperative to develop skills that will enable them to recast their academic experience as relevant and useful outside of the academy presents as yet more work.

Graduate students and faculty elevate the value of academic labor over other forms of work and devalue the relevance of humanistic thinking in other professions and sectors.

While faculty are often invested in maintaining larger graduate programs—either to outsource the instruction of undergraduates or to enhance their own reputations and network—their views on career diversity often mirror those of graduate students. Whether overtly or implicitly, faculty convey that they have neither the time nor the knowledge to train graduate students for careers outside of the academy. They also concur that graduate students lack the time necessary to think in multiple directions about careers.

At worst, both graduate students and faculty elevate the value of academic labor over other forms of work and devalue the relevance of humanistic thinking in other professions and sectors. In the words of one of our colleagues, “graduate school should not be the world’s most expensive Silicon Valley job placement program.”

If anything, however, our work in career diversity programming has starkly revealed ways that the very structure and culture of graduate education fails to promote the best interests of our students, including their mental health.

Graduate education is infamously based on a model of mentoring in which asymmetries of power can lead to neglect and abuse. Many students and some faculty experience a sense of inadequacy and imposter syndrome that can be heightened in the competitive environment fostered by academia. The isolation, loneliness, and itinerant nature of so much academic research and writing in the humanities, to say nothing of the sheer length of PhD programs, can leave students feeling stranded in an enduring period of misery. Many graduate students feel unprepared and ill-equipped to bear the additional burden of mentoring and advising undergraduates, responsibilities that fall disproportionately on women instructors and those from underrepresented communities. And, of course, anxiety and depression are also fueled by inadequate stipends that force students further into debt, food insecurity, and even homelessness, as well as the quest for other forms of casual and inadequately paid work.

The pernicious myth of the academy as a meritocracy that inevitably rewards the smartest and most talented often generates anxiety and depression. Those faculty who managed to secure tenured positions, even under radically different conditions, emphasize that students must possess a vocational dedication to their studies if they are to succeed, as they themselves did. Despite the barrage of data on the collapse of tenure-track lines, graduate students tend to begin their studies believing that if they are bright enough and work hard enough, they too will be an exception. This singular focus on academic work reinforces an ever-more-competitive work culture that glamorizes busyness, suffering, and sacrifice—a phenomenon invigorated by social media. In this context, the exploration of other passions, let alone alternative career paths, denotes a lack of commitment or even failure.

We have also found that many grad students continue to experience the possibility of leaving the academy with a profound sense of betrayal. The genre of “quit lit” that we all have become familiar with over the past decade has found new echoes on Twitter. For many, the transition into nonacademic careers is experienced not merely as a disappointment, but as a form of deceit on the part of mentors and an academic system in which they have, essentially, come of age. So, to compound depression and anxiety, many graduate students are angry at what they fairly perceive as the failure of the academy.

The myth of the academy as a meritocracy that rewards the smartest and most talented often generates anxiety and depression.

It has then become easy to forget that even before the implosion of the academic job market after the financial crisis of 2007–08, some 30 to 40 percent of Berkeley’s history PhD alumni went on to careers outside the academy. Certainly, some did so because they could not find tenure-track positions, but others chose to leave the academy because they discovered that they did not enjoy academic work, because they wanted to stick to a particular geographic region, or simply because they wanted to do something new. Almost all of the PhD alumni working outside the academy with whom we have been in touch this year have been delighted that their achievements, to say nothing of their existence, are finally being recognized by our department. Many have expressed frustration with the way that their career choices were regarded previously. Despite often being both happier and better paid outside of the academy, many of these alumni have long been burdened with a sense of failure and negative judgment for pursuing ambitions beyond the professoriate.

In this context, we believe that career diversity initiatives offer students one lifeline out of the mental health crisis that pervades the academy. These programs encourage students to regain their sense of agency, to wrest back some control over their quest for work after the PhD, and to cultivate professional relationships and identities that will see the majority through the inevitable transition to careers outside the academy.

Why then are faculty and graduate students so reluctant to accept career diversity initiatives? Reimagining the PhD and exploring careers beyond the academy require both faculty and graduate students to step outside of their meritocratic fantasies, their narratives of success and failure, as well as the institutional hierarchies, that structure academic life. If envisioning diverse career paths for history PhDs is foremost an act of imagination, it is one that is sorely needed. So long as interesting, meaningful work for humanists is an either/or proposition, and a matter of in-or-out of the “hallowed halls” of the academy, we will be doing a profound disservice to graduate students and to the profession.

While there remains a stigma around mental illness, there is increasing recognition of it as a problem within graduate programs. Growing awareness of anxiety and depression alone is not enough to address the challenges graduate students face in the contemporary academy. Instead, we must advocate for sufficient stipends, resources, and infrastructures of care for students, and responsible and collective forms of advising and mentoring, in the context of right-sized degree programs. Only then will we be able to address the elephant in the room.