Two Sides of the Story: How Historians and Journalists Can Work Together

About 10 years ago, I was a young field reporter covering the current affairs of the Middle East for a satellite television news channel in Hong Kong. After a few assignments, I realized how little I knew about the complex region I was reporting on. So I quit my job to study for an MA in Middle East studies at the American University in Cairo and have just finished a PhD in history at Georgetown University. Whether that impulsive decision I made in the summer of 2005 was wise is hard to tell. But I have never regretted it, because my transnational education since then has changed my worldview.

At the women historians’ breakfast at the AHA 2015 annual meeting in New York City, participants discussed how to communicate more effectively with journalists to better inform the public about the historical roots of contemporary problems and to promote social justice. The topic brought back memories of my days as an inexperienced field reporter. Although I have now chosen a different career path, and at the risk of offending my friends in both career circles, I hope this piece can facilitate mutual understanding between historians and journalists, so that we can work together to accomplish our mutual goal of communicating clearly to general audiences.

Historians complain that TV journalists often reduce their in-depth analyses of a complex issue to sound bites. This is true. Therefore, I do not advise historians to give interviews to reporters producing a minute-and-a-half or two-minute news-story package, unless they accept the possibility of being quoted out of context. If historians choose to give such interviews, they need to succinctly express their views to reduce the risk of being misquoted. They also need to be willing to spend time talking to the reporter, but recognize and accept the possibility that they will not be quoted in the story. It is understandable that historians who have been interviewed may get annoyed if they are not visible in the final package, but at least they have helped to better inform the reporter.

How Historians Can Work with Journalists

That said, I think historians can work with TV journalists to provide useful historical background to the general public on live breaking-news coverage and TV newsmagazines. For example, as news breaks, a news channel’s source of information is usually international news agencies, such as the Associated Press, Reuters, and Agence France-Presse, as well as the channel’s own field reporters on the ground. However, what they lack in their coverage is the larger historical background leading up to the event. Historians can contribute in this regard. When a news director prepares live coverage, he or she usually first plays an agency’s story package about the event, and then interviews the news channel’s own field reporters, either by phone or satellite image and voice transmission, to add some new information on the latest developments since the package was created. After that, against the backdrop of live video images fed by international news agencies, an anchor asks a historian to provide more in-depth analysis. This is the best time for historians to link the past with the present. In this way, viewers can be given both the latest developments and their historical context. 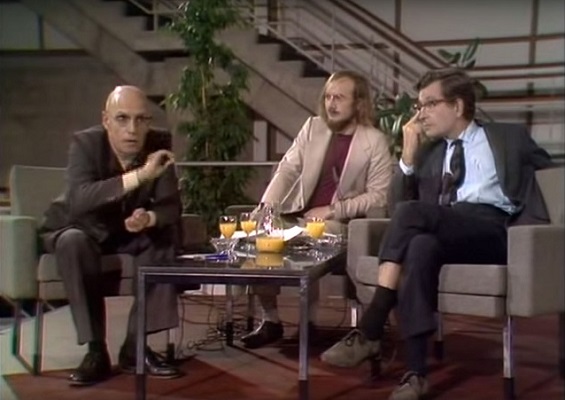 Another type of program to which historians can contribute is the hour- or half-hour-long newsmagazine talk show, such as Hard Talk on BBC. In this type of show, which is sometimes live, sometimes prerecorded, an anchor discusses an issue at greater length with a historian in the studio. Here, too, historians can contribute to public discourse by providing insight about the past as it bears on the present.

Promoting social justice by engaging with current affairs through the lens of history, including voicing one’s own political beliefs, is a worthy cause for intellectuals. But for historians to do it effectively, it is in their interest to research, choose, and build long-term relationships with media outlets to achieve their desired goals. Expressing their views on the wrong platform may be counterproductive, damaging the reputation of the historian and further deepening the gulf separating historians from journalists and the general public.

In reality, however, journalists often call when breaking news happens. This does not leave historians much time to research the specific outlet or even catch up on the latest news developments. For example, teaching schedules can force faculty to be away from the news for long blocks of time. I advise historians to be selective when deciding whom they will speak to and on what topic. Each TV channel has its own political bent, influenced by the viewpoints of its board members and its editorial teams. Unfortunately, perhaps, historians would be wise to choose a platform that largely accords with their own political beliefs; otherwise, their words may easily be misconstrued.

Second, each channel has its particular audience. Even though switching channels is as easy as a click of the remote, viewers usually turn to their most trusted channels for breaking news. Therefore, historians should know something about the kind of viewers they are talking to, so that they can use familiar language (including the regular vocabulary the news channel employs when reporting on the larger issue). This lets them communicate their messages more effectively, and more selectively.

Third, anchors of different news shifts and programs have different styles of asking questions, and sometimes divergent political views as well—even within a single channel’s programming. Try building long-term relationships with particular anchors and editors so that they feel comfortable expressing their opinions without worrying about being misinterpreted.

How Journalists Can Work with Historians

As I noted at the start of this piece, I quit my job as a journalist almost 10 years ago, and there are a few things I wish I had known when I first started as a field reporter: First, investigate the issue thoroughly. This may sound obvious, but when journalists are under pressure to meet short deadlines and to feed the never-ending news cycles at the top of each hour, they do not always do this. However, if a journalist concentrates on the current affairs of a particular region over time, he or she will become more familiar with the depth of that region’s issues.

Second, read as widely as possible from different perspectives and choose to interview the historians whose work you have already read so that you are familiar with their basic viewpoints.

Third, do not ask historians to predict the future. As tempting as it is for journalists to ask what is going to happen next, historians are most skilled at analyzing and providing insights about the historical contexts that have led up to current breaking-news events. Historians do not like to be asked about the future and are very hesitant to predict it.

Fourth, journalists should give the interviewee a heads-up about the questions they may ask during the live coverage or show. If historians deem certain questions irrelevant to the issue under discussion, respect their judgment. Otherwise, you will risk losing long-term collaborators for your show.

As with historians, it is also in the interest of journalists to nurture and build long-term relationships with historians they respect and whose authority they trust. When news breaks, the newsroom is often chaotic. Writers, editors, and anchors search for informational updates, but they also need authoritative scholars to analyze and contextualize the latest developments. Time constraints often oblige journalists to bring into the studio any scholar who has time at a particular moment and is willing to talk on camera. This does not always achieve the desired goal of adequately informing the public. That is why at the end of news coverage or talk shows, viewers often see a disclaimer in small print: the opinions expressed in this show do not necessarily reflect the views of the news channel. Establishing a few long-term relationships with historians can help journalists become better prepared to cover breaking news events more smoothly.

Although historians and journalists are not always in harmony due to the innate nature of their professions, they are actually working toward the same objective: to inform the general public about the world we live in and to help the public better understand current affairs so that people can form their own opinions. With mutual respect for the strengths and limitations of what members of each group do, plus a little practical guidance, historians and journalists can shape both the present and the history of what is to come.

Shuang Wen is a postdoctoral research fellow at the Middle East Institute of the National University of Singapore. She recently published “Muslim Activist Encounters in Meiji Japan” in Middle East Report 270 (Spring 2014).