An exciting discovery was announced this past July at the University of Birmingham. Within the Mingana Collection of Arabo-Islamic manuscripts, a graduate researcher found a few fragments from a Qur’an that carbon dating determined to have been compiled by the year 645, if not earlier. Considering that the Qur’anic revelations were complete by the year 632, according to popular Muslim belief, this is easily one of the oldest—if not the oldest—written records of the Qur’anic text discovered until now. TheWashington Postreferred to the University of Birmingham as “an unlikely place” for this discovery. Students of Islamic intellectual history, on the other hand, found nothing “unlikely” about it.

It is common knowledge among those who study this topic that since the late 11th century, Arabic works have been changing hands in Europe, primarily on philosophy (falsafah). Furthermore, as Charles Burnett and others have established, there were European scholars in that period who knew Arabic.1 The sheer volume of Arabic-into-Latin translations of works in philosophy and science is enough to establish both Latin European interest in that literature as well as the availability of Arabic manuscripts in Europe itself. 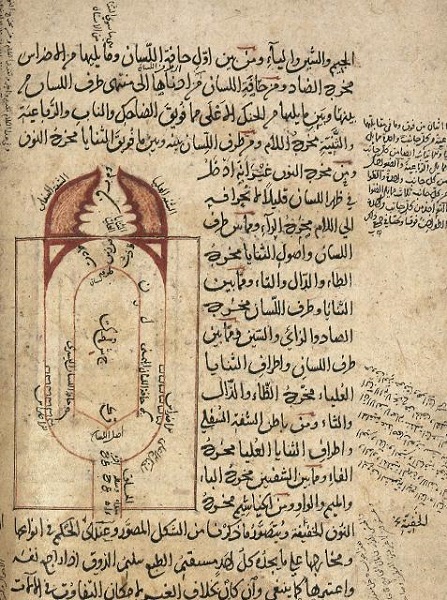 But how exactly did such large-scale collections of primarily Arabic manuscripts find their way into European centers of learning? Important data that can answer this question have been appearing in academic research slowly but regularly. This is especially true for 17th-century, post-Renaissance Europe. These data tell us that specific people at specific locations at specific times—albeit in a generally welcoming cultural and intellectual milieu—deserve credit for this transfer of libraries between cultures.

Take the case of William Laud. Born in 1573, he served as archbishop of Canterbury and became chancellor of the University of Oxford in 1630. There he established the position that came to be known as Laudian Professor of Arabic, in honor of his service to Oxford. This service included his numerous donations of Arabic sources to the Bodleian Library. The first person to occupy this position (beginning in 1636) was Edward Pococke, whose son, Edward Pococke Jr., translated Ibn Tufail’s (d. 1185) Hayy Ibn Yaqzan as Philosophus Autodidactus, probably providing inspiration for Daniel Defoe’s Robinson Crusoe, hailed by many as the first English novel.

Edward Pococke was one of the first and perhaps the most influential Arabists of Europe, and of England in particular. Born in 1604, at the dawn of the 17th century, he was to usher in a new age of Arabic and Islamic learning in his own country. According to P.M. Holt’s seminal essay of 1957,2 Pococke’s teacher once told his student that “he [Pococke] understood Arabic as well as the mufti of Aleppo.” During his lifetime he acquired a very impressive collection of Arabic manuscripts, some of which he amassed himself while traveling to what we now call the Middle East, and some of which he had his connections in the region send him. Holt tells us that at one point Pococke must have helped Laud acquire his unique collection of Arabic manuscripts as well. Pococke died in 1691. Two years later the University of Oxford acquired his collection, the second crucial acquisition after Laud’s. Oxford became a major seat of Arabic learning in Europe.

The network of Arabists, or “Orientalists,” in this formative period of Arabic studies in Europe was relatively small. Although there must have been a great number of Europeans who knew the language, only a handful of scholars had university appointments. Hence, we learn from an 1816 account by Leonard Twells that other leading Arabists of Pococke’s time requested that he send them items from his collection.3

At one point, Johann Heinrich Hottinger wrote to Pococke to “procure a catalogue of the Arabic MSS [manuscripts] in the public library at Oxford.” Hottinger became one of the leading figures of Arabic learning in Europe. Jan Loop’s recent study of Hottinger sheds much-needed light not only on this key figure in the development of Oriental studies in Europe, but also on the larger phenomenon of Arabic and Islamic studies in the 17th century in that region.4 Dividing his time as a teacher between Zurich and Leiden, Hottinger was deeply interested in procuring as many manuscripts on Arabic and Islamic studies as possible for his own research. Loop tells us that Hottinger was an expert copyist who used to copy one manuscript after another whenever he got the opportunity. He compiled a detailed bibliography of the manuscripts in his possession and published it as Bibliotheca Orientalis. This must have proved to be one of the most formidable collections of Oriental manuscripts in Europe at that time. Too bad, then, that after a few years the collection dissipated into the dark corners of history, as we still do not know its eventual fate.

One of the people from whose library of manuscripts Hottinger benefited was Jacobus Golius, a famed Orientalist in his own right, and Hottinger’s teacher and friend. According to Loop, Golius’s collection was “to become the envy of scholars throughout Europe—a collection which still constitutes the backbone of the Leiden oriental manuscript holdings.” He also tells us that Golius must have acquired much of this collection during his visits to North Africa and the Levant. The collection was so impressive that upon his return to Leiden with these manuscripts, “Leiden became the northern European Mecca of Arabic studies.” 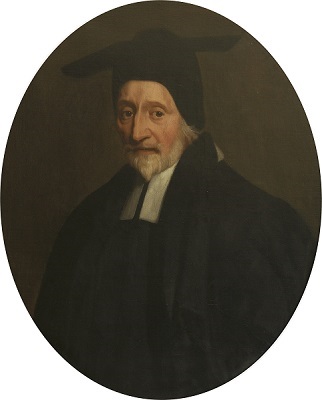 This is by far an incomplete list of people whose interest in Arabic, Islamic, and Oriental studies in general made Europe a major hub of learning. It is due to their interest, rigor, initiative, and indefatigability that European universities and libraries hold thousands of manuscripts in Arabic and other Near Eastern languages.

An important historical and conceptual distinction must be drawn between post-Renaissance Europe’s treatment of Islam as a system of faith and its treatment of Arabo-Islamic or Islamicate intellectual contributions. The adjective “Islamicate” was coined by historian Marshall G.S. Hodgson to explain those phenomena in the Islamic world that had little to do with Islam as a faith and more to do with the cultural milieu that was prevalent in the Islamic world.5 And this distinction, even if not found explicitly in the writings of that period by Europeans, did exist and significantly informed the discussion on these issues. For instance, it was deeply saddening to see that Leonard Twells—in his biography of Edward Pococke—uttered some of the staunchest and most foul-worded criticisms I have ever come across of the religious tenets of Islam. However, he showered praise upon Pococke and some other European Arabists all the same for their rigor in, and contributions to, Oriental learning.

This is because Europeans in the 17th century had a two-pronged interest in the Islamic world. On one hand, many European missionaries and clerics wanted to pursue Arabic and Islamic studies in order to be able to have a debate with Muslims and somehow “bring about their conversion to Christianity,” as Holt tells us and Loop confirms. On the other hand, Holt further adds that “Arabic was [also] valued as the key to a treasure-house of knowledge, supplementing the inheritance from Greece and Rome,” referring to the advancements made by the Arabo-Islamic world in the fields of philosophy, astronomy, medicine, ophthalmology, musicology, logic, and other rationalistic disciplines (ma‘qūlāt), eventually steering Europe into the Renaissance.

Intentions aside, the result of this entire process was an intense interest in Arabic and Islamic studies in European centers of learning—a trend that continues to this day. In fact, one might argue that after centuries of rigorous European scholarship on Islam, we are finally realizing the extent of Arabo-Islamic manuscript holdings in European libraries and universities. According to Asad Q. Ahmed of the University of California, Berkeley, it is only now “that we are beginning to take a few drops from this vast ocean of unexplored manuscripts in Islamic rationalism.”6 Even though Ahmed was addressing the holdings of Arabo-Islamic manuscripts worldwide, his statement can easily be applied truthfully to our present discussion in the context of Europe.

Ateeb Gul is an editor at Oxford University Press Pakistan. He completed graduate work in editorial studies at Boston University, where he produced a standardized edition of Mian Mohammad Sharif’s Muslim Thought: Its Origin and Achievements. The views expressed in this article are the author’s own and do not necessarily reflect those of his employer.

2. P.M. Holt, “The Study of Arabic Historians in Seventeenth-Century England: The Background and the Work of Edward Pococke,” Bulletin of the School of Oriental and African Studies 19, no. 3 (1957): 444–55.

5. Marshall G.S. Hodgson, The Venture of Islam: Conscience and History in a World Civilization, 3 vols. (Chicago: Univ. of Chicago Press, 1974).