Notes from the Past: Two Consort Ensembles Unveil New Seasons

Bright notes ring out from the stage, where a small group of string players sits together. They cast frequent glances at one another to ensure that their rendition of Johann Rosenmüller’s Suite in C Major flows seamlessly. But the casual listener, while enchanted, may nonetheless find a few things peculiar. Why do the violinists have such terrible posture—holding their instruments low on their arms rather than on their shoulders? And why does that cello have such a funny shape? Still . . . the whole feels flawless, beautiful, and otherworldly. That is because this is no ordinary concert, but a historically informedperformance, in which musicians play on period instruments (the funky cello is, in fact, a viola da gamba, one of the medieval viol family) and resurrect historical techniques (hence, the peculiar position of the violinists, which was used up through the 17th century). 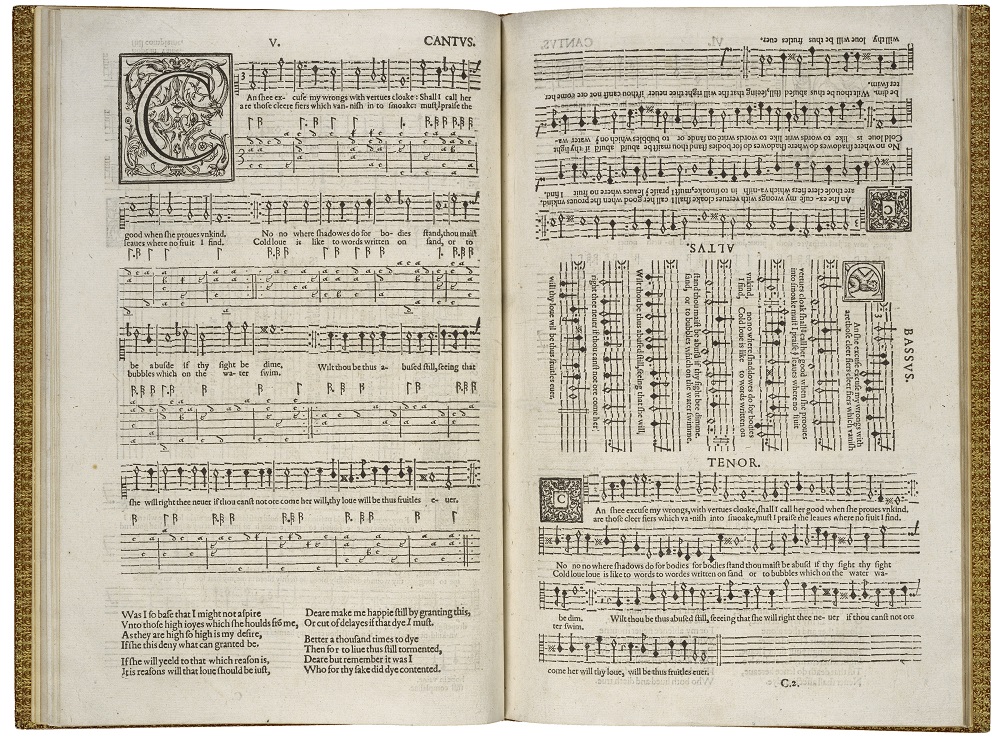 This month, two of the country’s preeminent historically informed performance ensembles, the Newberry (in Chicago) and the Folger (in Washington, DC), begin tuning their period instruments and voices for a new season of music from the medieval, Renaissance, and baroque periods. Beyond the recorder (perhaps familiar from childhood lessons), audience members will hear such instruments as the lute, viola da gamba, and citole (ancestor of the guitar). In some cases, musicians will be reading from facsimiles of the original musical notation, always aiming to style each note the way it would have been played at the time of its composition, as far as we can discern. The Folger Consort will give educational seminars to provide additional historical context, and the Newberry will project images of illuminated music manuscripts during one of its performances to “create a fuller context for the repertory and give people a richer emotional experience,” as David Douglass, codirector of the Newberry Consort, puts it. Both the Newberry and Folger libraries have holdings of early printed and manuscript music; the Folger specializes in music from the time of Shakespeare, and the Newberry’s extensive collection reaches back to the 13th century. Beginning this October, the groups will bring a rich musical heritage to the public through performance and in the process illuminate some of the more shadowy aspects of history.

This endeavor, however, comes with some special challenges. Douglass argues, “With music, human beings are essential; performance is essential.” Without actual recordings of performances from the time period, it is impossible to know exactly how musicians would have played these pieces then. How fast was a particular medieval chanson played? What instruments were used? Where did performers place emphasis in the piece? Unlike a text, which can be replicated and its meaning preserved, a piece of music must be heard to be understood, meaning the music of the distant past can at best be only imperfectly reconstructed. But present-day performers are up to the task, relying on traditional historical sources—such as written accounts of music, the music itself, images of music being played, and any remaining instruments from the time period—along with contextual knowledge of the period and insights gleaned from the process of simply picking up a piece of music and playing it.

Take the music of 14th-century composer Guillaume de Machaut, which appears on the Folger’s program. Machaut served as secretary to John, duke of Luxembourg and king of Bohemia, but he was also a courtier and, as Folger Consort program director Robert Eisenstein puts it, “nominally a priest . . . living this fantastically opulent, secular life in court.” His manuscripts include very few mistakes, so we know he was attentive to their preparation, and as court musician, he probably had assistance. Their elaborate illuminations attest to the fact that he had a well-funded patron.

All these historical details inform the musician’s approach to Machaut’s music. For instance, composers of the medieval and Renaissance periods rarely indicated whether a part was to be sung or played on an instrument—let alone which instruments to use. As directors, Douglass and Eisenstein use various methods for making historically informed decisions about instrumentation. Machaut occasionally included lists of instruments in his poetry, and sometimes an illuminated manuscript containing the music also included an image of a musician. These details help, but knowing how, where, and when listeners enjoyed the music can fill in the gaps: because Machaut wrote music for court, we can conclude that he intended it to be played on instruments we know were played at court.

Other kinds of mysteries present themselves that knowledge of the time period can help illuminate. Unlike the musical notation of today, which indicates articulation, dynamics, and other elements, medieval and Renaissance music included only the pitches and rhythms. Douglass notes, “There are many subtleties in music that come alive when reinforced by historical context that you cannot perceive without that context; otherwise, you have only the pitches and rhythms to go by.” For instance, medieval writings on music refer to pitch adjustments not written into the actual score that medieval performers made, such as changing a pitch to avoid playing a discordant tritone interval, which was considered “the Devil in music.” Without this bit of historical knowledge, a performer who sticks to the pitches as written might not get the piece right. Similarly, it sometimes appears from the scores that a piece contains little to no ornamentation. Music notation might be written out for only its first verse. But does that mean the musician performed each verse the same way? Likely not. Eisenstein notes that in making choices about how to style repeating lines, today’s musicians can rely on examples of ornamentation that actually were written into organ music.

But many gaps exist in the historical record, and when no concrete clues remain, these musicians rely on their own musical expertise and intuition as artists to make judgments. For instance, if song lyrics mention birds, Douglass suggests, wind instruments (flutes, recorders) were likely used. Or if the music included a singer, plucked strings would be a reasonable choice, because such accompaniment wouldn’t overpower the voice.

Musicianship, too, informs historical knowledge about how a piece might have been played. In tackling the music of Johann Rosenmüller (featured on the Newberry’s fall program), Douglass must take into account the evolution of 17th-century violin technique. Over time, violinists moved from resting their instrument on the arm to holding it higher up, on the shoulder. This was a very long transition, however, and at any point in the 17th century, both techniques could have been in use. How, then, to perform Rosenmüller’s violin music? Douglass is practical: “We pick the technique according to what is the right tool for the job, and music that reflects an earlier stylistic time works better and is easier to play if you use the earlier technique.” In the case of Rosenmüller, either technique could have been used. In the 1990s, Douglass recorded the music playing it on the arm because that was at the time a more “groundbreaking” approach, but this year he plans to play it on the shoulder and see how that technique impacts his interpretation of the music.

“I have been a student of the gray areas of history—what it felt like to live in a certain time,” Douglass reflects. “Music encodes not just the facts of the time, but the experience of the time—how people approached the facts of their lives.” This year, through the historically informed performances of the Newberry and Folger consorts, audiences can experience the nostalgia those living in a plague-ridden Europe would have felt for the past in the chansons of Machaut and the cynicism with which medieval people viewed their rulers and clergy in Le Roman de Fauvel. Listeners will again be swept away by the whirling rhythms of Renaissance country dances, and in the notes of Johann Rosenmüller they will hear echoes of a time when playing the violin was no longer just a profession, but a pastime to be enjoyed by an expanding middle class.

The Folger Consort season begins with Chanson Medieval: Music of Machaut and Dufay on October 9–11, and the Newberry Consort season will open with The Music of Johann Rosenmüller on the same dates. Period music ensembles can be found in various cities in the United States, so check around for upcoming seasons in your own area.