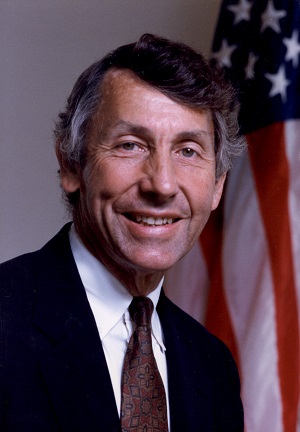 Sheldon Hackney enjoyed a long and distinguished career as a historian, university administrator, and public intellectual. Mentor, teacher, friend—he fulfilled all of these roles with uncommon grace and a rare intelligence leavened by wit and compassion.

Born in Birmingham, Alabama, on December 5, 1933, Francis Sheldon Hack­ney was the third son of Cecil Fain and Elizabeth Morris Hackney. Raised in a family of five brothers, Sheldon graduated from Birmingham’s Ramsay High School and took several courses at Birmingham-Southern College before enrolling at Vanderbilt University in fall 1952. After graduating from Vanderbilt with a degree in history, Sheldon remained in Nashville for a year of postgraduate courses in southern history before entering the United States Navy in 1956.

While serving on the USS James C. Owens from 1956 to 1959, prior to a three-year assignment at the Naval Academy, he came ashore long enough to marry Lucy Durr from Montgomery, Alabama, daughter of the noted civil rights and civil liberties activists Cliff and Virginia Foster Durr. Sheldon and Lucy’s marriage, based in part on shared values of tolerance and social responsibility, led to more than a half century of activism and commitment. Sheldon’s marriage into the Durr family changed his life; his in-laws introduced him to a wide variety of activists and intellectuals, especially after he and Lucy moved to Annapolis in 1959. The Durrs’ circle of friends included C. Vann Woodward, the dean of southern historians, who became Sheldon’s mentor and graduate adviser at Yale in 1961. Fortunate to be studying with a scholar dedicated to the exploration of race, class, and the paradoxes of regional politics, Sheldon, who had long been intrigued with the political traditions and peculiarities of his home state, decided to write a dissertation that examined ideological and electoral continuity between populism and progressivism in post-Reconstruction Alabama.

In 1965, Sheldon accepted an instructorship in history at Princeton University, where he faced the difficult challenge of completing his dissertation while balancing the demands of professional and personal life, including helping Lucy raise a family of three children. In 1969, Princeton University Press published Hackney’s revised dissertation, Populism to Progressivism in Alabama, an exposition of the complexity of southern politics in the decades following Reconstruction. Noting that the book relied on sophisticated and innovative quantitative methodology, the American Historical Association awarded the book the prestigious Albert J. Beveridge Prize; similarly, the Southern Historical Association awarded the book the Charles S. Sydnor Prize as the best book in southern history published in 1969. Earlier in the year, he had already established his reputation as a pioneering practitioner of quantitative history by publishing the landmark article “Southern Violence” in the February 1969 issue of the American Historical Review.

During the next three years, he published a well-received anthology, Populism: The Critical Issues,and two important essays, “Origins of the New South in Retrospect” in the Journal of Southern Historyand “The South as a Counterculture” in American Scholar. By that time, he had also begun to distinguish himself in other areas, both inside and outside the classroom. In 1971, he chaired the AHA’s Special Committee on Academic Freedom, overseeing the preparation of the committee’s highly influential report, On the Rights of Historians.

In 1972, at the age of 39, he accepted a position as Princeton’s provost, and three years later he became president of Tulane University. After six successful years in New Orleans, he succeeded Martin Meyerson as the president of the University of Pennsylvania. For the next 12 years, from 1981 to 1993, Sheldon presided over a renaissance at Penn that brought fiscal stability, educational innovation, improved town-gown relations, and renewed pride to what had been a struggling institution. As president, he also allocated considerable time and effort to a campaign designed to bring gender equity and multicultural diversity to the university’s faculty, student body, and curriculum. Indeed, during his years as Penn’s president, Sheldon developed a national reputation for creative and effective academic leadership, a status that led to service on the NCAA President’s Commission, the boards of Educational Testing Service, the Rockefeller Commission on the Humanities, the American Council on Education, the Association of American Universities, and the NAACP Legal Defense Fund.

All of this set the stage for Sheldon’s appointment as chairman of the National Endowment for the Humanities (NEH) in 1993. Stepping into the world of Washington politics was a bold move, and he later wrote about the tumultuous events surrounding his appointment by President Bill Clinton in The Politics of Presidential Appointment: A Memoir of the Culture War (2002). During his four years as chairman, the NEH was often a major center of conflict reflecting the tensions of the culture wars, but many observers later credited Sheldon’s steady leadership and diplomacy as major factors in the agency’s survival. His greatest success at NEH was an extensive series of public programs under the rubric “A National Conversation on American Pluralism and Identity.” Sheldon himself contributed to the conversation with a number of speeches and essays, many of which became part of his 1997 book One America Indivisible.

In 1997, he resigned his position at the NEH, and in September he returned to Penn, where he became a full-time member of the history faculty and eventually department chair. In 2001, he won the university-wide Lindback Award for distinguished teaching. He also returned to the world of academic research and writing, delivering numerous conference papers and publishing several provocative essays on southern and national identity. In 2005, many of his best essays, old and new, were collected and published under the title Magnolias without Moonlight: The American South from Regional Confederacy to National Integration. The consistently eloquent and insightful quality of the collection alerted his fellow southern historians to just how much he and the profession had sacrificed during his years as an administrator.

Gracefully moving into his 70s, Sheldon showed no sign of slowing down as he began a new book project, an intellectual biography of his mentor, C. Vann Woodward. Sadly, work on this project had to be put aside in 2007 when he dealt with the lengthy illness and death of his beloved eldest daughter, Virginia.

When Sheldon retired from Penn in 2010, at the age of 76, he and Lucy became full-time residents of Martha’s Vineyard, where they had owned a summer home since the 1960s. Resuming work on the Woodward biography, he looked forward to many years of active retirement as a senior scholar. But this plan soon came undone when he was diagnosed with ALS (Lou Gehrig’s disease) in 2011. Of course, as all who knew and admired him could have predicted, not even the cruelest of diseases could break his remarkable spirit. When he died on September 12, 2013, the historical profession lost one of its most humane and distinguished practitioners, an engaged intellectual of the first order. Dixie Redux: Essays in Honor of Sheldon Hackney—a festschrift written and edited by an assortment of his former students, colleagues, and friends—can be purchased directly from the publisher, NewSouth Books, of Montgomery, Alabama. All royalties from the festschrift will be donated to the ALS Foundation.