Historian of the US Constitution and Ordinary Americans, and AHA Member 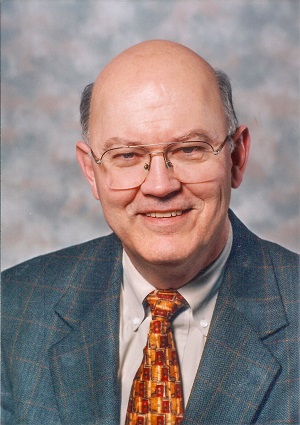 From the time when he served as an undergraduate intern in the office of Michigan senator Philip Hart and witnessed the filibuster over the 1964 Civil Rights Act, David Kyvig was fascinated with the inner workings of Washington, DC, and was determined to explore the story behind the headlines. He got his wish, becoming a celebrated, award-winning US constitutional and political historian. David’s happiest mornings after retiring from teaching were the ones spent in his office at the Library of Congress or in his study at home, with his fingers on the keyboard.

David was known for his meticulous scholarship. His 1996 volume, Explicit and Authentic Acts: Amending the U.S. Constitution, 1776–1995, is a modern classic. Scholarly acclaim was almost universal for the book, which instructed us in how Americans make fundamental changes in the document that is the basis of our self-governance. George Washington used the words “explicit and authentic act” to describe the requisite for constitutional change by the “whole people.” David Kyvig ensured that we would thoroughly understand such acts, beginning with the origins of Article Five. He wanted us to comprehend the complexity of the amendment process and its relationship to fundamental social and political change throughout our history. The Journal of American History’s review, crafted by a legal scholar, labeled David’s volume “Invaluable—not just for American constitutional historians but for the study of American history.” David’s book was awarded the 1997 Bancroft Prize, the Henry Adams Prize, and the Ohio Academy of History Publication Award.

David Kyvig dazzled constitutional scholars a second time, in 2008, with the publication of The Age of Impeachment: American Constitutional Culture since 1960. Struck by the escalating attempts at impeachment and stirred by how the weapon was aimed at Presidents Richard Nixon and Bill Clinton as well as Supreme Court justices such as Earl Warren, Abe Fortas, and William O. Douglas, David offered a rich, comprehensive study of how and why this once little-used provision was reborn as a popular instrument of political assault, heralding the toxic, highly partisan politics of the present. He explored how public servants, their fears fueled by high-profile journalists, would circle the wagons with executive privilege and secrecy. Rivals sought not just to defeat opponents, but to cast them out of office altogether. Supported by a National Endowment for the Humanities Fellowship and a year at the Woodrow Wilson International Center for Scholars, David, as always, steeped himself in manuscript sources, but he took even greater pleasure in interviewing Washington insiders such as Richard Ben-Veniste, David Broder, Lee Hamilton, James Reston Jr., Daniel Schorr, Nina Totenberg, and Bob Woodward. Legal historian Stanley Kutler praised the book for underscoring “the intended purposes—and limitations—of this important check and balance.” Still fascinated by the intricacies and possibilities of our political system, David was working on a cutting-edge volume on political representation at the time of his death, tentatively titled Sizing Up Congress: James Madison’s Unfulfilled Legacy.

Committed to the history of Americans outside as well as inside the Washington Beltway, David had long turned his hand to telling the story of ordinary people and their places. With his dear friend and longtime collaborator Myron “Mike” Marty, David coauthored Nearby History: Exploring the Past Around You (1982), published by the American Association of State and Local History and recipient of the 1983 Ohio Association of Historical Societies and Museums Individual Achievement Award. The volume became a virtual handbook for public historians. Turning from places to popular culture, David wrote Daily Life in the United States, 1920–1939: Decades of Promise and Pain(2002), later published in a second edition, Daily Life in the United States, 1920–1940: How Americans Lived Through the “Roaring Twenties” and the Great Depression. Most recently, he was at work on another such volume, “Good War” to the Good Life: Daily Life in the United States, 1940–1960.

Born in Ames, Iowa, and raised in Muskegon, Michigan, David earned his BA at Kalamazoo College and his PhD at Northwestern University under the tutelage of Robert Wiebe. His doctoral dissertation and first book, Repealing National Prohibition (1979), focused upon social and political reform and how the political debate over Prohibition repeal laid bare complex underlying tensions in American society. Research on the Twenty-First Amendment whetted his appetite for his later investigation of the amendment process.

While finishing his PhD, David worked as an archivist at the National Archives and Records Service in the Office of Presidential Libraries before landing his first teaching job in 1971 at the University of Akron, where he taught for the next 28 years, retiring as professor emeritus. It was a short-lived retirement; he joined the faculty of Northern Illinois University in 1999, eventually holding the rank of distinguished research professor until he finally departed the classroom and moved to Washington, DC, in 2010.

David Kyvig’s warmth, jovial personality, and public-spirited approach made him a popular teacher and colleague at the institutions where he taught and in the history profession more generally. He was president of the National Council on Public History in 1990–91. For several years he served as the treasurer of the National History Center of the American Historical Association. Ever curious, he was unfailingly generous, sharing his insights and research with colleagues and students alike.

As much as David loved research and writing, no one cherished and practiced the art of anecdote-telling more than this tall midwesterner with the resonant voice. He generously shared the bounty of his research with his fellow historians in rich and frequent conversation. Over the years, I was privileged to be his audience in restaurants, at academic conventions, and in his living room after David and his wife, historian of Russia Christine Worobec, moved to Washington. Another venue for us was between innings at Washington Nationals baseball games. Proud owners of partial season tickets, we sat side by side in the upper deck at Nationals Park on countless evenings and Sunday afternoons, often with spouses or mutual friends, frequently other historians, thankful that baseball is a slow game, perfect for those who can’t stop talking about the past.