Eyes on the Prize: A Documentary to Be Prized

Once, in the early 1980s, I actually played a dramatic role in a pseudo-historical film. The script, such as it was, had been written by a Philadelphia-based documentary filmmaker, who hired a well-known Shakespearean stage director, Michael Kahn, and a couple of professional actors to shore up the production—along with me and at least one other amateur. We shot twice, once in a local public library, and then, for two days, on location at the sound stage of the public television station in Harrisburg. The whole experience is something of a blur in my mind, but I do recall going with the cast to a local pizzeria around midnight after we had stopped shooting the first night, and finding our table surrounded by squealing teeny-boppers. It turned out that the two pros were recognizable to the kids from the soap opera roles that actually made them a living. The kids were certainly not screaming about a bald history professor. I suspect we were all relieved to discover that no station was willing to show the film (assuming that the producer ever finished it). I knew then that despite the drama trophy I had won at Camp Kawaga when I was 14, my destiny was not to star on the screen.

I’m not so sure that documentary films qualify as “movies,” but when Robert Toplin asked me to write a “Masters at the Movies” column for Perspectives on History, I told him that I was aesthetically challenged but would love to write something about Eyes on the Prize. Over the years I have occasionally been interviewed on-camera for historical documentaries, and I have always been fascinated by the documentary format. I have sometimes assigned historical documentaries as “reading” assignments in courses. But I had never had the opportunity to experience the creative side of documentary filmmaking until I met Henry Hampton.

My opportunity came about when I joined the advisory committee to a civic engagement program at the Lincoln Filene Center of Tufts University in the mid-1980s. I went up to Medford for my first meeting with the group, and found myself seated next to Henry, who had already created Blackside, his remarkable documentary production company in Boston, and produced the first series of Eyes on the Prize. I was immediately drawn to Henry, a short, bearded black man who was crippled in one leg from childhood polio. We shared a lot of interests, especially about the civil rights movement, but also found common ground in his commitment to Unitarianism as a social movement, since Henry knew of my wife’s grandfather, the notable Unitarian clergyman and social activist, John Haynes Holmes. Henry had by then teamed up with a local Unitarian minister to create an archive for Eyes on the Prize. I was also immediately impressed by Henry’s deep interest in Boston’s Museum of African American History, which was then in the process of restoring the local African Meeting House. Henry’s commitment to history, and to doing history, clearly ran deep. 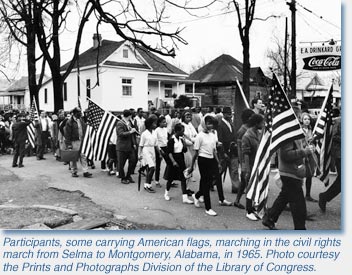 Over the next decade, the last in Henry’s too short life, we became friends. Each summer my wife and I rented an old and large house in Chocorua, in the southeastern corner of the White Mountain National Forest in New Hampshire, and it turned out that Henry had a house in nearby North Conway. Henry’s two leisure enthusiasms were golf and flying a private plane, and on a couple of occasions he flew up from Boston to have summertime dinners with us in Chocorua. These encounters, and others in Boston, gave me the chance to get to know a wonderfully educated, thoughtful, and extraordinarily sweet man.

Like everyone who knew anything at all about the civil rights movement, I had been enormously impressed by the integrity, intelligence, and historical insight of the first Eyes on the Prize series, which covered the period from 1954 to 1965. It seemed to me remarkable for the way in which it told a complicated story clearly through a combination of narrative (provided by Julian Bond) and amazingly well-selected images (both still and moving). I found the relevant program a perfect “text” when I taught a unit in my American Legal History course on the integration of Central High School in Little Rock. I think the students learned as much from the film as they did from the Daisy Bates telephone transcripts that I gave them to read. Much recent historical documentary work has struck me as truly bad history, but Eyes seemed to me to be serious history.

So I was flattered and pleased when Henry invited me to serve as an adviser for what we called Eyes II, an eight-program sequel covering the years 1965 to 1985. This was, as Henry realized from the start, a much more daunting narrative. Eyes I, after all, moved from tragedy (Jim Crow, lynching, and the murder of Emmet Till) to triumph (Selma, Dr. King, the Civil Rights Act of 1965). But Eyes II had to cover all of the much more recent tragedy and uncertainty following the 1965 legislation: the assassinations of Dr. King and Malcolm X, the protests in Cicero, Illinois, the race riots in Newark and Detroit. In part, of course, the problem with Eyes II was how to deal with the ongoing problem of racism in the North, which clearly indicated the extent to which racial prejudice and violence were a national rather than a regional problem.

The most extraordinary aspect of Henry Hampton as an executive producer was his willingness to select able filmmakers and other technical folk, and to assemble really fine advisers with other sorts of expertise—and to encourage all of them to do their own thing. This process was institutionalized in what Henry called “School.” All of the advisers and filmmakers came together twice. The first occasion was to review the shooting script, and the second was to critique the rough cut of the film.

All of this was new to me in Eyes II, and I was tremendously impressed by the assemblage of wise and interesting people who contributed their expertise on film and photo archives, background music, history and politics, and the like. There seemed to be one or more experts on every subject, but the school operated on the basis that everyone was encouraged to speak up. It was genuinely a process of group thinking and imagining. Henry, and the other directors, producers, and writers all listened carefully (and took part in the debates), and were clearly informed by what the members of the school had to say, but of course they made the final choices. I wonder how many documentarians ever sought and received so much input from historians and others with expert knowledge. Not many, I would guess. I later played smaller roles in the Blackside series on America’s War on Poverty and The Great Depression. Interestingly, these (especially the one on the Depression) were not primarily stories of race, for I think that Henry was trying to expand the range of vision for his company. But they all employed the same careful (and expensive) use of expertise that I had witnessed in Eyes II.

One story may convey the extent to which Henry’s “Schools” mattered. In the second school for Eyes II I was part of a group (all of the others were, I think, black) who reviewed the rough cut of the program on Malcolm X. The group was presided over by the superb Atlanta University historian Vincent Harding. There was general nodding of heads in agreement that the episode had been very well done. But I did not think so, and wondered if I could really contradict the judgment of the group, several of whose members had actually known Malcolm. I tentatively raised my hand, and Vincent asked me to speak. I cautiously said I thought the episode did not really work, because it simply did not convey the reasons why whites feared and hated Malcolm. Without that, his larger significance would be hard to understand. There were several somewhat angry responses from the group, and I was prepared to keep my head low, but Vincent intervened, called in Henry, and said that he thought I had raised a potential problem. To my surprise and delight, the final cut came close to the approach I had suggested. I was not party to further discussions about cutting the film, but clearly my point had been taken and Henry and the program producer had rethought the rough cut. I suppose that was my only real contribution to Eyes II, but it gave me a tremendous sense of participation in the presentation of history in film.

I have shown both series of Eyes on the Prize several times—though as some readers will know, the series has had a very complicated history, since the rights to many of the images expired after Henry’s death in 1998. Once I showed several segments to a group of foreign constitutional lawyers at a conference on comparative constitutional law in Washington, D.C. The African scholars, and even some of the Europeans, did not believe that Jim Crow and racial violence as Eyes I depicted them, had actually occurred in the United States. The impact these days on American students is of course much the same. I simply do not know of any other documentary series on American history that is done with such faithful attention to the historical record, and with comparable artistic flair—or any that packs the same emotional punch. It is my favorite movie.

—Stanley N. Katz is the director of the Center for Arts and Cultural Policy Studies at Princeton University’s Woodrow Wilson School.