Afghans Liberated Themselves in 1919. Their Achievements Offer Us Lessons Today.

On August 19, 2019, Afghanistan marked the 100th anniversary of its independence from Great Britain. Historic as that milestone was for Afghans, it scarcely received mention in the American press. As international media coverage on Afghanistan remains fixated on a handful of repetitive themes—a projected US withdrawal from the country, the fate of ongoing peace talks with the Taliban, and the state of the Afghan army—the advent of a centennial invites us to consider how Afghanistan’s history can inform a present fraught with uncertainty. 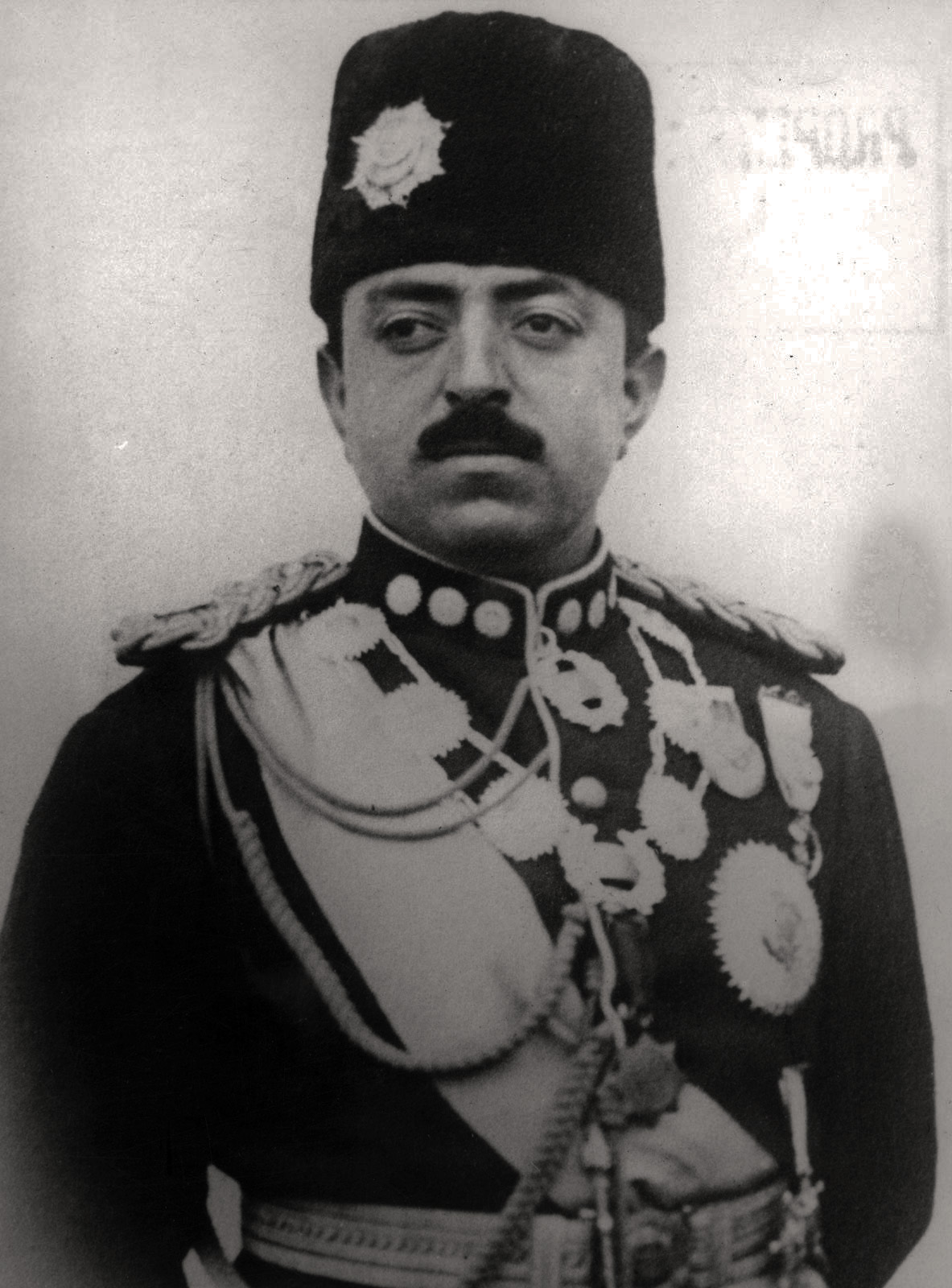 By and large, presentations of Afghan history remain tethered to the past four decades of conflict and great-power politics. In bestselling works like Steve Coll’s Ghost Wars and Ahmed Rashid’s Taliban, and Hollywood films like Rambo III and Charlie Wilson’s War, Afghans are all too often relegated to the sidelines in supporting roles. Even for the well-read in Middle East or South Asian history, Afghanistan can be peripheral and tragic—a war-torn wasteland of painful memories and superpower blunders, from the Soviet invasion of 1979, to the CIA’s covert arming of militant Islamists in the 1980s, to international abandonment after the fall of the Berlin Wall. Even as Afghanistan is the theater of the longest war in US history, Americans have an abysmally low awareness of its history and cultures. In 2002, only 17 percent of young adults in the United States could identify Afghanistan on a map. Despite over 2,300 US lives lost and $760 billion spent in Afghanistan since 2001, there is little sign of improvement in that regard.

Although bearing countless more losses, Afghans have achieved a great deal since the tumultuous events of autumn 2001. One of the best known is the constitution ratified by the UN-endorsed provisional government in Kabul in 2004. While Afghanistan’s 2004 charter remains a source of both celebration and controversy, many observers assume it was the first to be authored by Afghans, the first inclusive political vision to appear in their modern history. But it was not the first—not by about 100 years.

To understand the roots and ramifications of Afghanistan’s actual first constitution, promulgated on April 9, 1923, it is necessary to grasp the historical context surrounding Afghanistan’s independence. That story begins in the spring of 1919, when a newly crowned king in Kabul, Amanullah Khan, led a motley crew of irregular troops and tribal levies against the British Raj’s imperial army. This was a militant jihad, but not of the extremist variety we have become accustomed to hearing about. King Amanullah, rather, had markedly defensive and nationalistic goals in mind.

When the 26-year-old Amanullah ascended the Kabul throne in February 1919, Great Britain retained control over Afghanistan’s foreign affairs, rendering the country a British protectorate. King Amanullah focused on securing the state’s absolute sovereignty, unqualified by colonial control or encroachment. Although the British wielded superior firepower, the overstretched imperial army was still reeling from World War I. Afghan fighters, meanwhile, commanded knowledge of the terrain and the support of the local populace. The new Royal Air Force unleashed lethal air strikes—among the first in world history—and inflicted heavy casualties on Afghan forces and civilians, but the guerrilla tactics of cross-border insurgents wore the British forces down.

From Constantinople to Calcutta, Afghanistan’s independence represented the triumph of an Asian Muslim state against the world’s premier imperial power.

And so in Afghanistan, not for the first or last time, the smaller party prevailed. In light of the British Empire’s vastly disproportionate military and economic strength, Amanullah claimed victory when landmark Anglo-Afghan peace negotiations were announced. Following the Treaty of Rawalpindi, the king declared August 19, 1919, to be Afghanistan’s first independence day. Such symbolism, he thought, was necessary not only to unite his multiethnic country, but also to put it on the map for other audiences and purposes. From Constantinople to Calcutta, Afghanistan’s independence represented the triumph of an Asian Muslim state against the world’s premier imperial power at a time when European colonies and protectorates outnumbered independent countries in the Global South.

But the most striking achievements were yet to come. Having secured Afghanistan’s sovereignty abroad, Amanullah launched an ambitious state-building program to expand public services under a centralized, constitutional monarchy. He recruited a skilled team of Afghan, Turkish, and Indian Muslim jurists to establish, in his own words, a “rule of law” in the country. The result of their work was an extraordinary body of legal literature in supposedly the most lawless of places.

Numbering some 70 original codes and regulations, the range of documents produced by Amanullah’s law commission—still visible in Afghanistan’s National Archives in Kabul and New York University’s Afghanistan Digital Library today—embraced the spectrum of modern governance. Together they defined the powers of the monarch, the duties of officials, and the rights of citizens within an Islamic idiom familiar to Afghans. As carefully enshrined in the Basic Code of 1923, the country’s first constitution, Afghanistan’s government was to rule in accordance with “the actual living conditions of the people, the exigencies of the time, and careful attention to the requirements of the Sharia.”

Among Amanullah’s other reforms were the opening of schools for girls, teacher colleges for both sexes, stronger legal protections for non-Muslims, the banning of slavery, and the criminalization of animal cruelty. Afghanistan’s first fully sovereign government also supported study abroad for Afghans, improved communications and infrastructure, and—galvanized by Amanullah’s wife, Queen Soraya, and sister, Princess Kobra—campaigned for the empowerment of women. The government also launched archaeological initiatives to protect the country’s now world-renowned ancient heritage.

A century later, what can we learn from Afghanistan’s first independence day and the milestones that followed? History cannot and should not be reduced to crude policy recommendations, but it can remind us of general principles to light a way. Four in particular come to mind.

First, the resounding unity displayed in Amanullah’s early reign underscores the necessity of absolute external independence and a collaborative culture of internal governance. As in the past, Afghans will not support a government they see as propped up by foreign actors, whether superpowers like the British Empire, the USSR, or the United States, or a neighboring player, be it Pakistan or India. Nor have regimes promoting top-down revolution—of any ideological stripe—fared well. Afghans are united in looking for a free and representative government they can call their own.

Amanullah Khan’s war of liberation and reign stand out for institution building and reform led by Afghans themselves.

Second, Afghans were anything but latecomers to modern statecraft and governance. Kabul’s long-standing connections to inter-Asian, inter-Muslim networks of scholarship and juristic expertise in the region challenge models of reform that have elevated British, then Soviet, and now American legal cultures to tutorial roles, through civilizing missions and military might. After securing Afghanistan’s independence, Amanullah’s greatest success was assembling a highly skilled team of Muslim scholars and professionals to produce specific tasks, chief among them Afghanistan’s first national constitution. Their contributions catapulted Afghanistan to become the first Islamic state to be a proud member—not a pariah—of the nascent international community after World War I. Perhaps, by understanding how Amanullah and his diverse team of jurists succeeded in crafting a sovereign nation-state within Islamic frameworks and international norms of legality 100 years ago, US policy makers could have saved themselves from a host of simplistic fallacies bedeviling post-9/11 policy in the Middle East, including regime change as “mission accomplished” in Iraq, and at the root of it in Afghanistan: a country without laws or history.

Third, although Afghanistan is landlocked, it is not an island. An instrumental part of Amanullah’s early success was a commitment to multilateralism, especially with neighboring countries. No states were more influential in Afghanistan’s early constitutional history than the Ottoman Empire, pre-Partition India, and Qajar Persia. As in 1919, it is simply impossible today to imagine a peaceful Afghanistan without sincere cooperation between its neighbors, most of all Pakistan and India, but also Iran, China, the Central Asian Republics, Turkey, and the Gulf Cooperation Council. The failure of these states to work out their differences constructively vis-à-vis a fully sovereign Afghanistan could spell catastrophe for the region, and much of the world, again.

Lastly, for too long Afghanistan’s history has been distorted by romantic caricatures, especially to a militarized tune. Alexander’s Last Stand. Graveyard of Empires. Russian Vietnam—these epithets reflect a modicum of truth, but none do justice to this remarkable country’s past and the possibilities for its future. Afghan monarchs, including Amanullah, had their shortcomings. Yet, a century later, Amanullah Khan’s war of liberation and reign stand out for institution building and reform led by Afghans themselves. That process laid the foundations for an independent, nonaligned government that witnessed nearly five decades of peace until the Soviet invasion. Since then, Afghans have suffered 40 years of immense trauma. But that cannot erase their century of accomplishments, nor does it define what they can achieve in the future. That, above all, deserves to be the legacy of Afghanistan’s independence in 1919.

Faiz Ahmed is associate professor of history at Brown University and the author of Afghanistan Rising: Islamic Law and Statecraft between the Ottoman and British Empires (Harvard Univ. Press, 2017), which was awarded the AHA’s 2018 John F. Richards Prize and will be the subject of a roundtable at the 2020 AHA annual meeting.