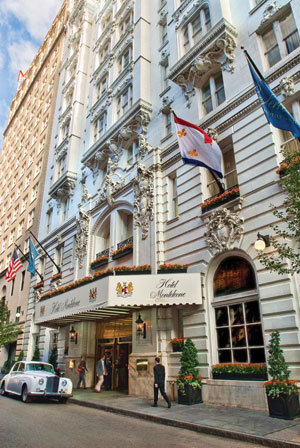 Plans are well under way for the 2013 Annual Meeting in New Orleans. This will be the third annual meeting held in the city, and the first since 1972. The historic and distinctive location will provide a perfect setting for considering the interaction of place and history, resonating with the theme for the 2013 Annual Meeting, "Lives, Places, Stories." The Program Committee received a record number of proposals, so there are sure to be a variety of high-quality sessions on a broad range of topics.

The Program Committee organized several sessions that explore the rich history of the meeting location in ways that will interest historians from a broad range of specialties. One session will consider climate, hurricanes, and drought as catalysts for historical change in the 18th- and 19th-century Atlantic world. Another will consider the city's connections to the Caribbean world and the Age of Revolutions. A session on public history and digital history in post-Katrina New Orleans will highlight collaborative efforts to collect, research, and interpret the city's contemporary urban and environmental history. Other sessions will assess the impact of Gwendolyn Midlo Hall's Africans in Colonial Louisiana and explore the relationship between food, immigrant cultures, and regional and national identities in New Orleans.

The Local Arrangements Committee is developing tours of the city, including a full-day pre-conference tour on Wednesday, January 2, which will be led by experts in local urban history, ethnic geography, and the post-Katrina recovery. Other tours will offer an inside glimpse into riverfront environmental history, tourism in the Big Easy, local music, and also several museums and archives.

Inspired by the popularity of sessions on digital history at the Chicago meeting, the Program Committee has recruited a series of sessions on the public practice of history in and for a digital age (a theme that AHA president William Cronon has also been exploring in his Perspectives on History columns). Offerings will likely include sessions on incorporating digital methodology into the graduate curriculum, using new media to tell early African histories, mapping the history of the Black Death in the age of genomics and GIS, and a probable second THATCamp AHA, an opportunity for historians to exchange ideas about digital history.

Sessions will also address the job market and the future of the profession. The AHA Professional Division is planning a miniconference, "Beyond Plan B," focused on the variety of job opportunities for historians. Hands-on workshops will address practical considerations such as transforming a c.v. into a resume, networking, and applying for a government job. 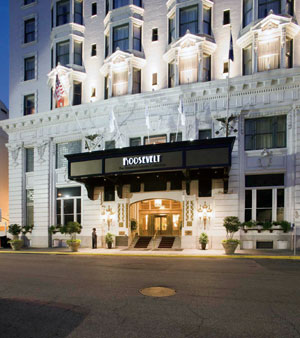 Attendees will be able to book rooms in two historic hotels for deeply discounted rates. The Roosevelt New Orleans, a Waldorf Astoria hotel, will host AHA attendees for the third time: the AHA used the property in 1903, when it was the Grunewald Hotel, and in 1972, when it was known as the Fairmont-Roosevelt. The hotel was extensively renovated after Hurricane Katrina to restore its historic features and modernize the guest rooms. The AHA's rates at the Roosevelt will start at $149 single. Room rates at another historic property, the Hotel Monteleone, will start at $130 single. Established in 1886 and renovated in 2011, the hotel is a member of the National Trust's Historic Hotels of America program.

Sessions will be held in the Marriott, Sheraton, Roosevelt, and Monteleone. Rooms at the headquarters hotel, the New Orleans Marriott (headquarters) and co-headquarters, the Sheraton New Orleans, will start at $139 single. Slightly lower rates will be available at the Astor Crown Plaza, where rates start at $129 single and double. A limited number of rooms will be available at these rates for three days before and three days after the meeting, offering attendees the option to explore the city and maybe even spend New Year's Eve in New Orleans.

Details about registration and hotels will be published in the September Perspectives on History. A preliminary version of the Program will go online early in the fall.

Debbie Ann Doyle is the AHA's coordinator for committees and its convention assistant.