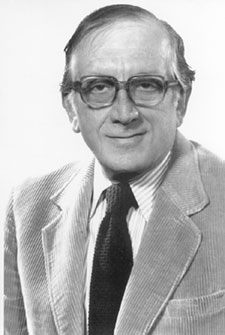 Marvin B. Becker, professor emeritus of the department of history, University of Michigan, died in Ann Arbor on January 11, 2004. Becker was a leading member of the cohort of scholars who, after World War II, explored Italian archives to rewrite the history of Renaissance politics and society. In his books Florence in Transition (1967–68) and Medieval Italy (1981) and in his many articles he combined exhaustive documentary research with bold original perspectives on the formation of the early modern state. With his uncommon powers of synthesis and his eye for significant detail, Becker demonstrated linkages between diverse subjects such as the development of public credit, lay spirituality, humanism, philanthropy, and class relations. Inevitably the boldness of his insights and his sweeping assertions drew criticism and generated controversy, but his work on Renaissance state and society has continued to challenge and stimulate his successors and has become part of the mainstream of contemporary scholarship. His contribution to Renaissance studies was the subject of a conference of prominent historians from Great Britain and the United States at the University of California at Santa Barbara in 2000. In 2002 two of his doctoral students, Carol Lansing and James Banker, edited Florentine Essays, a collection of his major Renaissance papers. He himself was editor of the series Studies in Medieval and Early Modern Civilization, published by the University of Michigan Press.

While Becker was a skilled archivist and practitioner of historicist methods, his ambition went beyond the accumulation of historical knowledge for its own sake. His quest was personal and subjective. Convinced that we are formed by our history, he studied the past to understand himself and his world. Medieval and Renaissance history offered a way into these questions, but were only stages on his intellectual journey. Thus, in mid-career, Becker launched a series of investigations into the development of modern society since the Renaissance. He published Civility and Society in Western Europe 1300–1600 in 1988 and The Emergence of Civil Society in the Eighteenth Century in 1994. At the time of his death, he was reading widely in the art, literature, and politics of the 19th and 20th centuries, and preparing a book on the origins of modernism.

Becker’s writings can only partly reflect the vibrant personality that so charmed and fascinated students, colleagues, and friends. Tall, powerfully built, free of academic conventions in speech and dress, and intense but open and congenial, he engaged people, pressing his own ideas on them and encouraging them to reciprocate. To hear him lecture or to attend his seminar was to experience learning as the most vital of human activities. To sit with him to discuss history, philosophy, art, movies, sex, sports—life, in short, in all its joys, ironies, and tragedies—was not only to encounter a wide-ranging and unfailingly thoughtful intellect, but also to be made to feel that you were an important partner in an intellectual fellowship. His interest in people’s ideas and his zest for conversation went well beyond the usual academic and intellectual circles. One day, for instance, driving with him through a small Tuscan town, we came upon a public festa, sponsored, as I recall, by the local Communist or Socialist party. A ping-pong tournament was starting up and with characteristic Italian hospitality the players invited us to take part. I was soon eliminated. Becker went on to win the tournament, make friends with his young opponent, and invite him to visit in Florence. There from time to time I saw them together, deep in conversation.

Becker’s most constant intellectual partner, however, was Betty, his wife of 60 years. Betty was not only his amanuensis, research assistant, chauffeur (he never learned to drive), copy editor, and domestic manager, she was also first to listen and discuss his ideas, functioning as a fearless and perceptive critic. In later years, when his sight was failing, she took on the additional task of reading to him.

Born in Philadelphia in 1922, Becker graduated from the University of Pennsylvania and, after service in the Army during World War II, received his doctorate at Pennsylvania in 1950. His dissertation, supervised by John L. La Monte, was entitled "Walter of Brienne, Duke of Athens and Despot of Florence, 1311–1343." He held successive academic positions at the University of Arkansas, Baldwin-Wallace College, Western Reserve University, the University of Rochester, and the University of Michigan, where he served as chair from 1977–79. He also had visiting appointments at Columbia, Johns Hopkins (where he was elected to the Society of Scholars), Williams College, and the universities of Toronto, Wisconsin, and Arizona. He was a Fulbright Scholar in Florence, 1953–55; a Guggenheim Fellow, 1956–57; a fellow of the Harvard University Center at I Tatti, Florence, 1963–64; and a member of the Institute for Advanced Study, 1968–69. In 1985 he served as chair of the Haskins Prize Committee of the Medieval Academy of America.

Besides his wife Betty, Becker is survived by two daughters, Wendy, who lives in London, England, and Dana, an associate professor in the Graduate School of Social Work at Bryn Mawr.