From the National Coalition for History 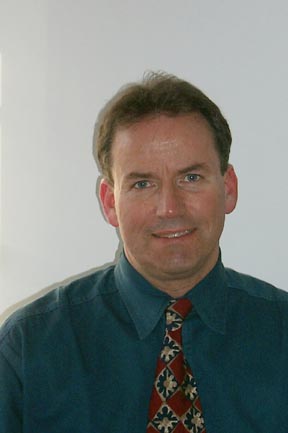 The executive committee of the National Coordinating Committee for the Promotion of History has selected Bruce Craig (currently the chief of resources management at the Gettysburg National Military Park) to be the next director of the NCCPH. Craig will succeed Page Putnam Miller—who is relinquishing the directorship after 20 years—and will work with her through the summer until July 1, when she moves to South Carolina (where she will teach at the University of South Carolina while pursuing several writing projects).

After graduating in history and archaeology from California State University at Northridge in 1975, Craig worked for a year as an archives technician for the National Archives and Records Administration, then for nine years in the National Park Service (NPS) at the Channel Islands National Park, Boston National Historical Park, and Independence National Historical Park as a ranger and in management. He was twice the regional and once the national winner of the NPS's "Outstanding National Park Interpreter of the Year" award. During that period (1976–85) he completed an MA in public historical studies with the first graduating class (1981) of that program at University of California at Santa Barbara. From 1985 to 1994, he worked for the National Parks and Conservation Association, including service as director of conservation programs supervising an eight-person lobbying staff, preparing legislative testimony for congressional committees more than 50 times and working with a diverse group of public and private groups doing lobbying, preparing policy and research papers, and organizing seminars and conferences. He won the National Resources Council of America's "Outstanding Achievement Award for Policy Activities" in 1989. He was also the association's first Northeast regional director.

From 1994 to 1997, he was executive director first of the Conference of National Park Cooperating Associations, then of the National Park Trust. In these positions Craig was responsible for multimillion dollar budgets, and for supervising staffs; raising funds; directing marketing and publication programs; strategic planning; outreach; working with boards of directors, and overseeing operations of at least one national preserve. In 1997 he assumed his present position, where he
supervises a professional staff of 10 with responsibilities for planning, providing professional expertise in history, archeology, archival management, and overseeing the agricultural program and landscape restoration activities.

Craig has taught as an adjunct lecturer at Ventura Community College in Ventura, California (1982–84) and since 1983 as adjunct professor at Shepherd College in Shepherdstown, West Virginia. In 1999 he completed his PhD at American University with a dissertation titled, "Treasonable Doubt: The Harry Dexter White Case, 1935–1953," in which he pioneered in the scholarly exploitation of the recently declassified Venona intercepts.

Craig's efforts in 1996 to gain access to grand jury records in the Harry Dexter White case resulted in a landmark decision from the U.S. Court of Appeals for the Second District, which held that federal courts may unseal such records for historical research. Following that decision, Craig played a major role in preparing background material for a successful petition from major historical organizations, including the AHA, to the U.S. District Court to gain groundbreaking access to the grand jury records in the Alger Hiss case.

Craig is a graduate of the Seminar for Historical Administration in Williamsburg (1978) and the Modern Archives Institute (1999). Currently he is finishing course work to be one of less than a dozen certified historical manuscript appraisers in the United States. He has written and edited a number of articles, chapters, and studies; his "Politics in the Pumpkin Patch" won the G. Wesley Johnson Prize for the outstanding article in the 1990 Public Historian. His most recent publication is "Unsealing Federal Grand Jury:Records: The Case of the Harry Dexter White Transcript" in the Summer 1998 issue of the same journal.

The executive committee members are delighted that Bruce Craig will be leading the NCCPH and look forward to working with him in the coming years.

Tags: From the National Coalition for History Advocacy