A Meeting for the Millennium: The 114th Annual Meeting of the AHA 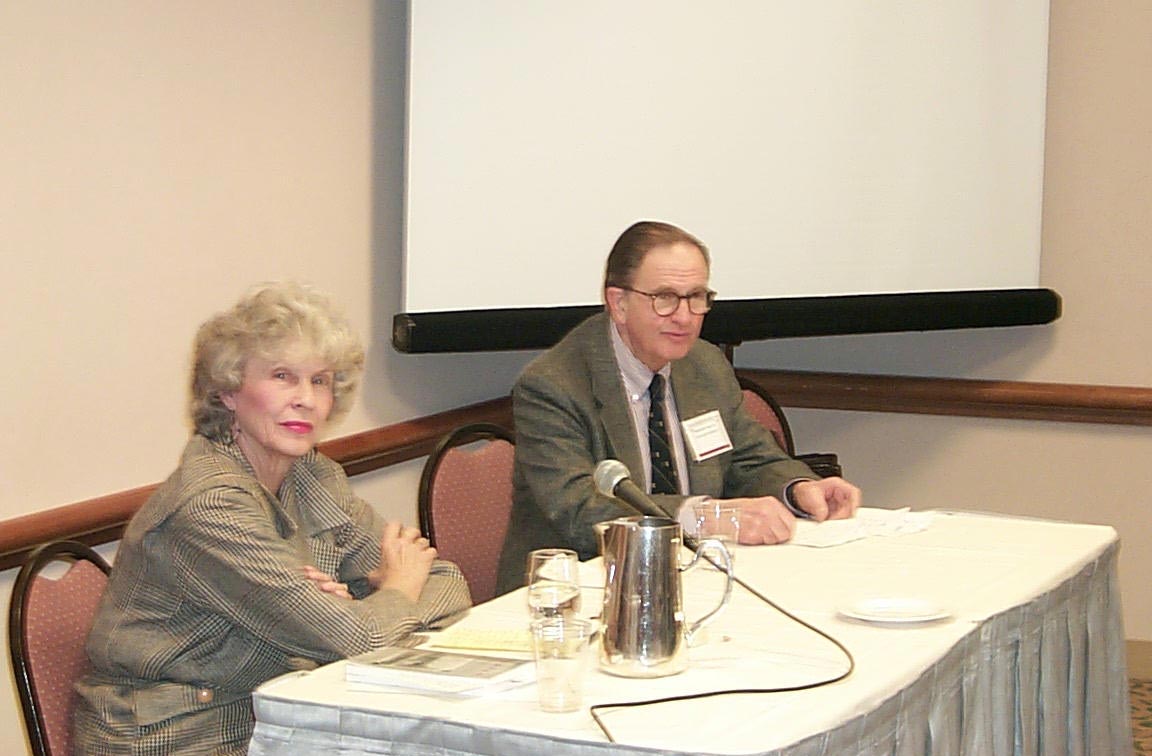 Whether it can be called the first meeting of the millennium or not, the 114th annual meeting of the American Historical Association, held January 6–9, 2000, in Chicago, was a resounding success by any measure, with over 4,300 in attendance.

This year's Program Committee made a particular effort to offer panels that took a wide view of major topics in the field. These proved to be some of the best attended sessions at the meeting, on topics ranging from "Reconfiguring American History: How Bringing in Science and Technology Changes Old Stories" to "Current Concepts and the Study of Ancient History" and "Latin American Gender History: Into a New Millennium." Panels on politics, war, and diplomacy were also particularly well attended, while sessions on the Cold War and the U.S. Civil War drew overflow crowds.

As in previous years, many of the sessions drawing the largest audiences were those with a self-reflective focus, whether on topics dealing with the problems produced by new forms of electronic publishing, the difficulties in moving from ABD status to academic employment, or the role of history programs in training K–12 teachers.

In all, more than 800 scholars, including 67 from abroad, appeared on the official AHA program, while more than 30 of the Association's affiliated societies cosponsored sessions and held separate luncheons, sessions, and meetings.

At the annual Job Register, a new policy that allowed some interviewing outside the official facilities did not significantly reduce the number of applicants and departments interviewing under the AHA's auspices. The number of applicants submitting c.v.'s was up slightly this year—693 compared to 690 the previous year, but down significantly from the 777 who attended the 1998 meeting. 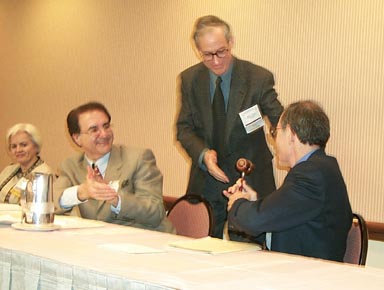 Given the significant number of interviews taking place at the meeting—both at the Job Register and outside its auspices—it is no surprise that in a survey of attendees most applicants reported that they had received four or more interviews this year.

Unfortunately, for those who attended the meeting seeking access to still-open job searches, the proportion of search committees accepting c.v.'s at the meeting continued to fall. Even among the reduced number of searches interviewing in the Job Register facilities, less than 40 percent were accepting applications at the meeting. When asked why so few departments were now accepting c.v.'s, search committee chairs said they had either been overwhelmed by applications at previous meetings or the department had moved up the timetable for making a hiring decision.

The meeting also saw a significant amount of AHA business, particularly around the subject of electronic publishing. At the AHA General Meeting on Friday night, Eric Foner (Columbia Univ.) announced the Association's 1999 awards and prizes. Notable among the award recipients (see citations) were the first six honorees in the new Gutenberg-e competition.

After the presentation of awards and honors, AHA President Robert Darnton delivered his presidential address, "An Early Information Society: News and Media in 18th-Century Paris," which explored various means of transmitting information in 18th-century Paris that have eluded historical research, including gossip networks and street songs. To reinforce the address, the general meeting was followed by a cabaret performance by Hélène Delavault, a noted French chanteuse and cabaret artist, who sang a number of 18th-century French street songs.

Planning is already under way for the Association's next annual meeting, which will be held in Boston, January 4–7, 2001. We look forward to seeing you at the first (or second) meeting of the new millennium.