US Army Special Operations Command Historians Are “Without Equal”

Haiti after the 7.0 earthquake in January 2010. Afghanistan with special operations task forces during Operations Enduring Freedom and Freedom’s Sentinel. Qatar and the tri-border area of Jordan, Syria, and Iraq during Operation Inherent Resolve against ISIS. Escaping (quickly!) from a submerged, upside-down MH-47 Chinook mock-up during an underwater egress simulation. Defensive driving and firearms training. At these and various other places, historians document the capabilities and operations of US Army Special Operations Forces (ARSOF); conduct oral history interviews; collect documents and digital media; and archive and preserve these assets for future research, education, advising, and publication. 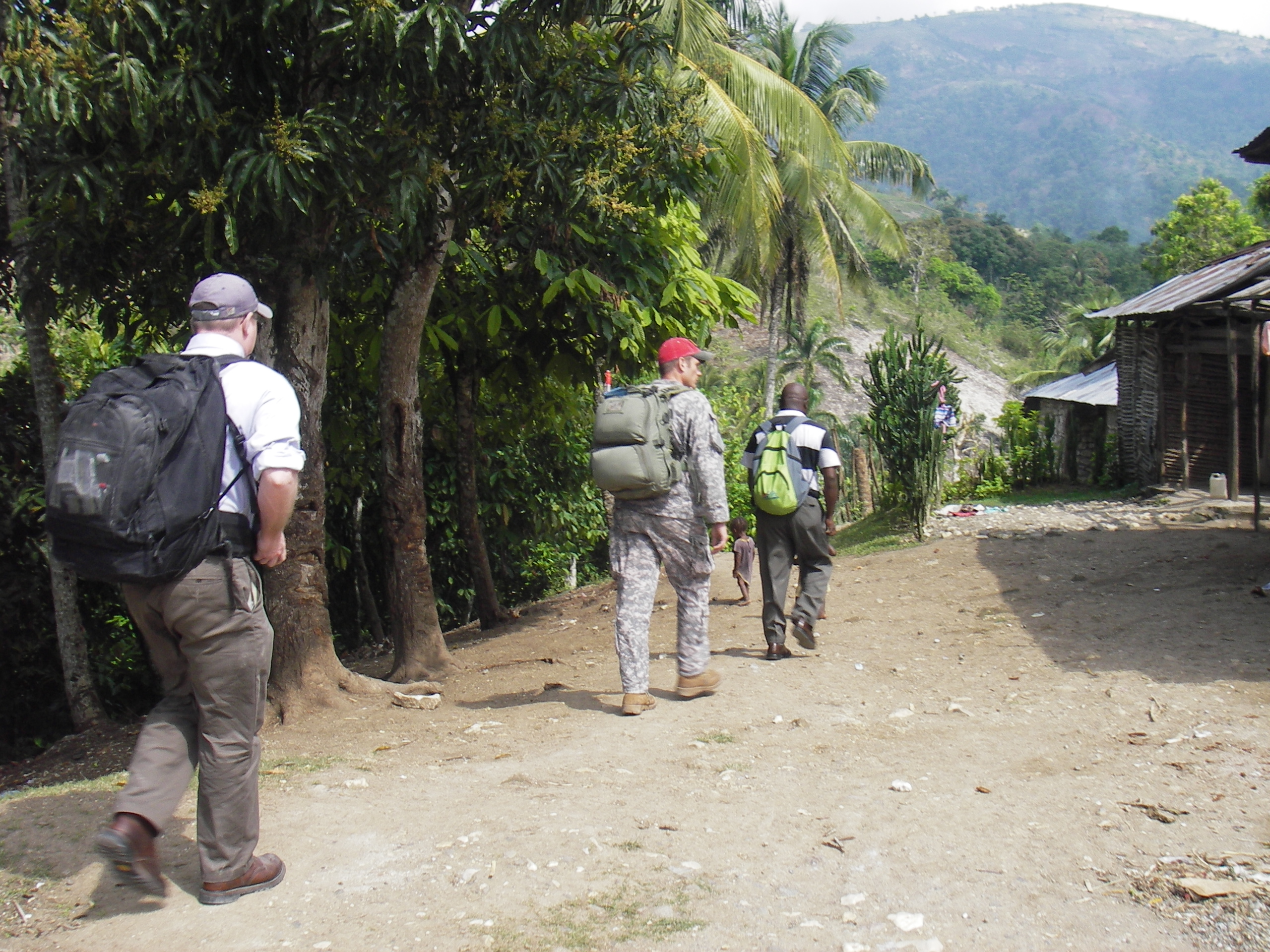 The US Army relies on historians to help it honor its 246-year heritage, promote esprit de corps, and learn from past successes and failures. The preceding examples might not represent what most people think historians do, but they fall within our job description. We are civilian historians at the US Army Special Operations Command (USASOC) at Fort Bragg, North Carolina, the headquarters for the Army’s Special Forces (popularly known as the Green Berets) and Rangers, as well as Civil Affairs, Psychological Operations (PSYOP), and Special Operations Aviation and Support forces. We take the USASOC motto Sine Pari (“Without Equal”) seriously, and we are among roughly 150 civilian historians working for the US Army around the world.

Army policy mandates that historians write or compile annual command histories—key primary source documents—that capture their organizations’ activities over the previous year. But this requirement is only the baseline. Army historians might be called on to teach soldiers, lead battlefield tours, write informational papers or published materials, conduct oral history interviews of senior leaders or following operational deployments, create exhibits and displays, or execute any number of other tasks. Alongside a talented team of archivists, graphic designers, and digitization specialists, we and two other historians meet the assorted historical requirements of USASOC.

Our paths to becoming Army historians are emblematic of our unique professional roles. After earning a master’s degree in history from the University of Nebraska–Lincoln, Troy worked as a military analyst in the Central Intelligence Agency while pursuing his doctorate at Texas A&M University. Sought out for his subject matter expertise on the World War II Office of Strategic Services, he was recruited by the USASOC History Office in 2006. He completed his PhD two years later and served as the US Army Civil Affairs Historian for more than a decade. Now, he is the Command Historian at USASOC, responsible for developing and implementing the command’s historical program, supporting the commanding general’s vision, and supervising a multifunctional staff.

Jared earned a master’s degree in history from Virginia Commonwealth University before joining the US Army in 2003. While on active duty, he began the history PhD program at Kansas State University, researching ties between World War I propaganda and 1920s corporate advertising. After leaving military service, he applied for civilian positions related to history on USAJOBS, and he spent nearly two years at the Airborne and Special Operations Museum in Fayetteville, North Carolina. He joined the USASOC History Office in 2010 and completed his PhD two years later. Recently, he became the Deputy Command Historian, assisting the Command Historian.

The US Army relies on historians to help it honor its 246-year heritage, promote esprit de corps, and learn from past successes and failures.

Academic training provides the foundational skills for an Army historian, but other skills are picked up on the job. Our work is fast paced, and every day is different. On average, USASOC has some 3,000 soldiers conducting more than 200 missions in over 60 countries. A command with such diverse units, specialties, missions, and regional orientations requires historians knowledgeable about a wide range of subjects. They must be motivated and able to juggle competing priorities and adapt to rapidly changing requirements. Historians usually want to maximize the time they have for research. At USASOC, however, which mans, trains, equips, and deploys soldiers worldwide for enduring and rapid-response missions, historical support often requires a turnaround of less than 24 hours. While important, collecting sources from the veterans’ community, archival repositories, and other agencies is secondary to addressing more pressing needs of the command.

The collection and preservation of ARSOF records allows us to assist commanders and decision makers throughout USASOC, the Army, and the Department of Defense with historical perspectives and recommendations. This has proved relevant, for example, when the Army reduced its presence in Iraq in 2010–11 and during the COVID-19 crisis in 2020–21. Our graduate programs prepared us immensely for this function, as they did for our instructional roles. We teach historical classes, such as the history of US Army Special Forces, to students attending qualification courses and soldiers assigned to various USASOC units. These classes ensure that they have enough historical context to be successful in their training and operational missions.

Building rapport with Army officers, noncommissioned officers, soldiers, and civilians of all ranks is critical to our collecting mission. We do not merely receive historical materials; we retrieve them. This includes conducting oral history interviews and collecting documents, photos, audiovisual media, and digital assets, even when events are still unfolding. Accordingly, USASOC historians are prepared to travel on short notice, including short-stint deployments to combat zones. Special operations are inherently sensitive in nature; use of recent sources in publicly released historical products are often delayed until classification reviews are completed years or even decades later.

Building rapport with Army officers, noncommissioned officers, soldiers, and civilians of all ranks is critical to our collecting mission.

The research, analytic, and writing skills honed in our academic training prepared us to produce high-quality primary and secondary sources on behalf of the command. These include scholarly books and articles, quick-reference handbooks, in-house informational papers, and annual command histories. We are in a unique position of both generating original historical content—which benefits numerous audiences, including soldiers, historians, students, and the general public—and interpreting historical information to make it useful for our command.

Our publications are complemented by a robust ARSOF history website. In addition to distributing online versions of printed materials, the site hosts a memorial to fallen special operations soldiers and includes important information about ARSOF history, including key figures, milestones, and its long-standing emphasis on diversity. These publications meet the highest academic and aesthetic standards. In the absence of a formal peer review process, each historian doubles as an editor. Before any materials are distributed beyond the Army, they undergo a staff-wide prepublication review to ensure that they meet security, classification, and releasability standards.

Veterans’ and soldiers’ voices figure prominently in our publications, thanks to our active oral history program. Participants’ words provide firsthand perspectives to augment other primary sources, which are often operationally focused, stilted, or heavily jargonistic. These interviews are a valuable resource to bring to bear on military history, but they also mean that many of our subjects can talk back. Our primary audience is also our subject, and these individuals are personally invested in our work. Gathering, triaging, analyzing, and corroborating sources—all skills attained in years of advanced academic study and work in history—are essential to success. This sets much of our work apart from more typical forms of historical scholarship. It also means our subjects are our harshest critics. 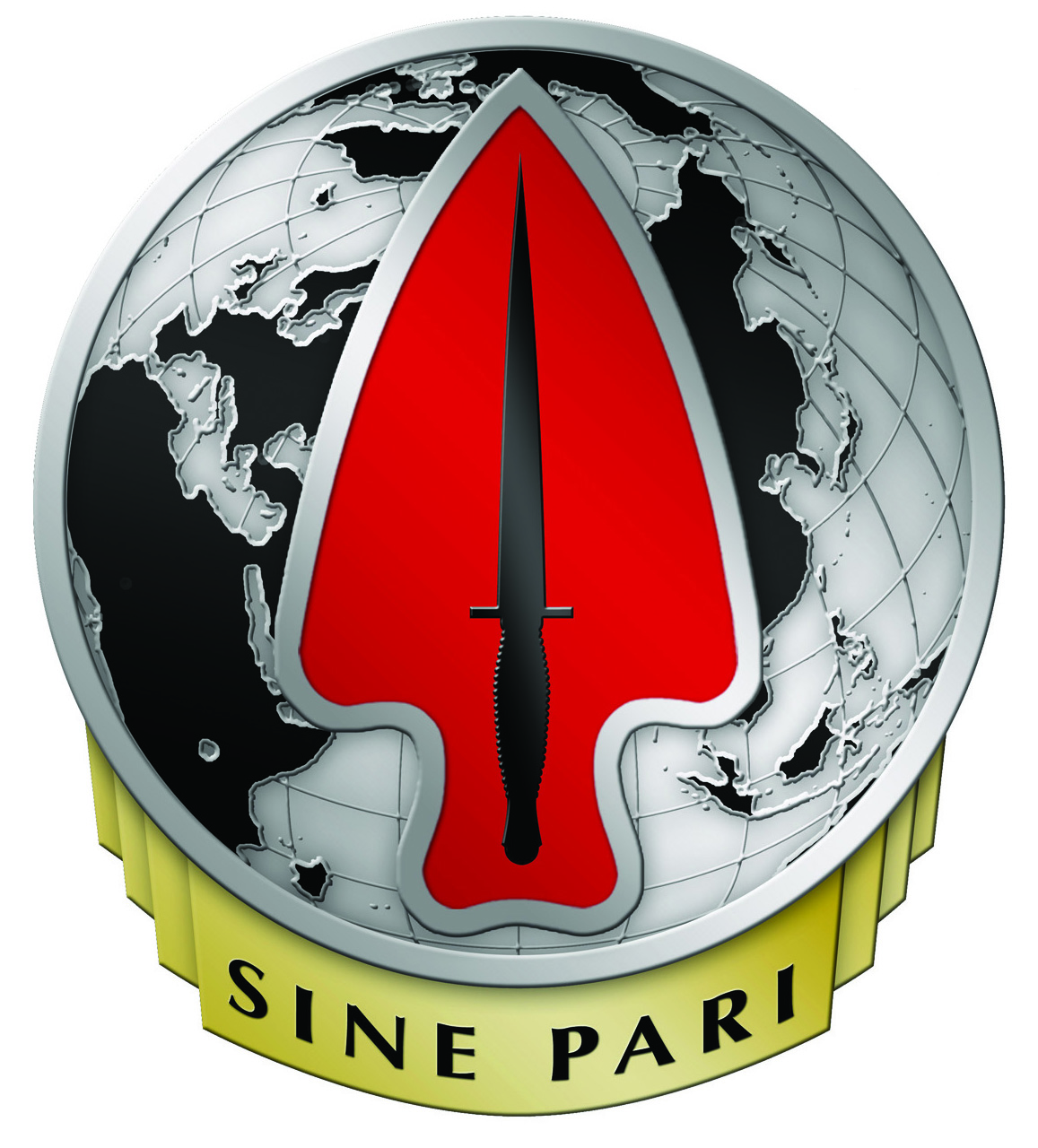 Finally, we also serve as liaisons with outside groups, including other government agencies, academia, the media, and the public. We answer ARSOF-related congressional inquiries, assist scholars writing books or articles, advise graduate students researching theses or dissertations, help family members seeking to learn more about a relative’s service, and respond to interview requests from media outlets. These tasks require a mastery of our subject matter, as well as the flexibility to answer questions and concerns from civilians, reporters, and scholars. Although we speak on behalf of a much larger organization, these tasks are not dissimilar from what our colleagues in higher education do when approached by members of the media, genealogists, or legislators.

The work of a USASOC historian may not be what comes to mind for students interested in history. However, we rely on the core skills fostered by our academic training every day as we research, document, and study the US Army’s special operations outside a university setting. Army historians ensure that history is collected, cataloged, and included in training, education, and decision-making. The continued presence of institutional historians in all branches of the military reflects the branches’ appreciation for the value of history. Historians across the Department of Defense are creating history that is without equal.