Graduate Admissions during a Pandemic

Overlooked in many of the conversations about COVID-19 and higher education has been graduate education. Like their undergraduate counterparts, graduate students too faced remote instruction after campuses shut down. Like faculty, they also had to deal with research, teaching, and completing other work assignments remotely. With travel all but impossible and research libraries and archives nearly universally closed, the pandemic risked adding semesters, or even years, to PhD students’ expected time to completion. 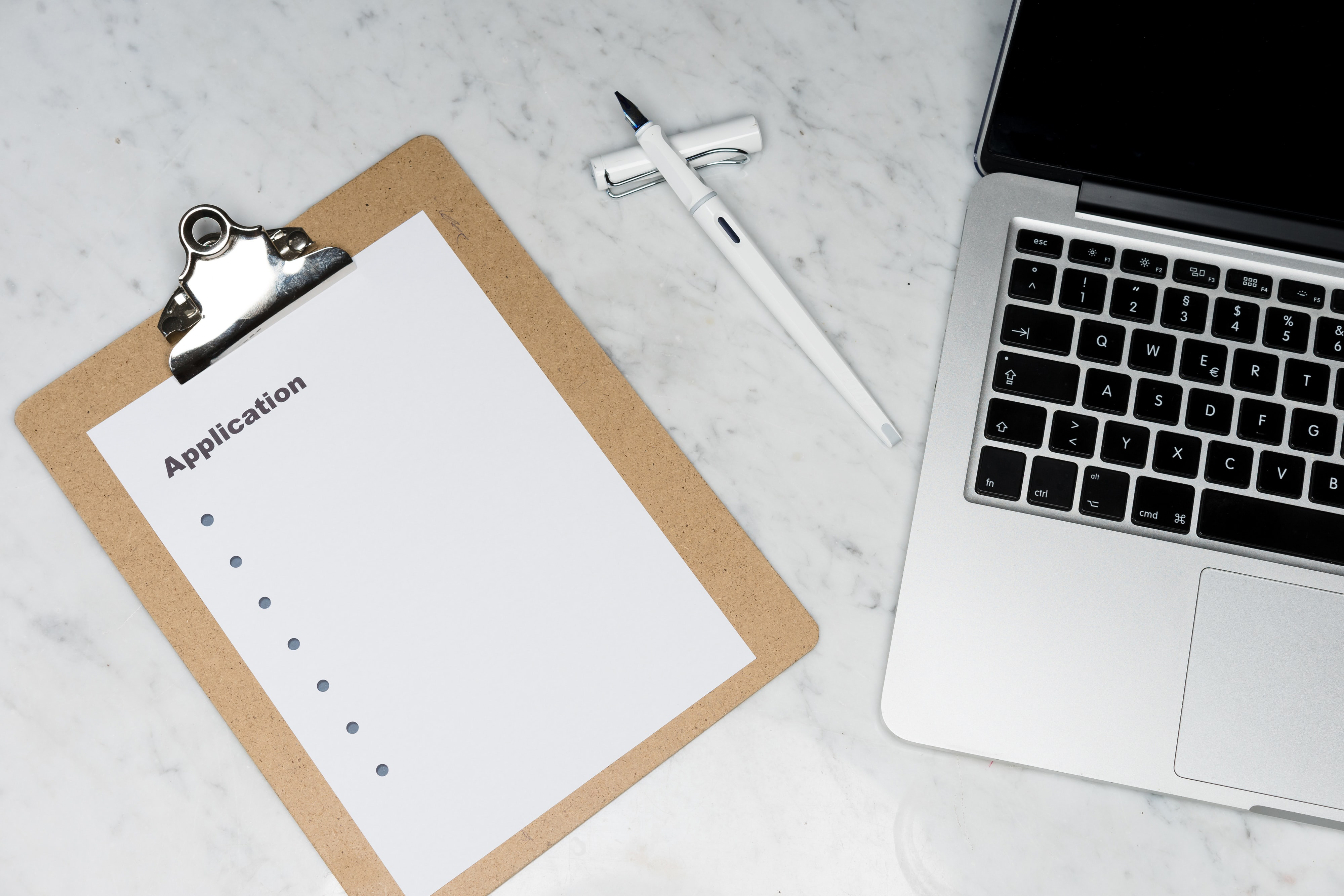 History graduate programs had to make hard decisions in the summer and autumn of 2020 about how many students to admit—or if they would accept applications at all. Marcus Winkler/Unsplash

Perspectives spoke with a number of department chairs and directors of graduate studies about the issue. Linford Fisher (Brown Univ.) explained that their department had two main priorities: “First, to reserve financial resources for current graduate students, particularly those who are now in years four and above, and second, to provide more time, emotional energy, and nonfinancial resources to better care for all current students.” Brown has a new graduate student union (GLO), which had an impact on these decisions too. As Fisher said, “The GLO contract appeared to put additional pressure on the university to step up, in particular with regard to providing a full year COVID extension for all advanced students (versus a one-semester extension that was originally floated).”

At Columbia, the history department’s admissions pause was mandated by the graduate school. Department chair Adam Kosto said that “all departments offering five-year fellowships were given a choice between a full pause for one year, or a slightly lower total number of admits spread over the two years.” The history department chose the full pause. Although the graduate school guaranteed teaching appointments or other funded assignments in 2020–21 for all students in the sixth and seventh year, all history students already had other sources of funding. Students did benefit from the doubling of their childcare stipend, and going forward, the graduate school is guaranteeing through 2025 teaching appointments or other funded assignments for any students who are not otherwise funded in year six.

UNC was one of the first public universities to announce a pause. The history department determined that COVID would necessitate extending the funding for current students, which they will finance in part by not admitting a cohort in 2021. And from a program perspective, department chair Lisa Lindsay said that it allows for exciting opportunities. “This year of pause gives us some breathing space and time to make decisions about the graduate program in ways that can be much more deliberate.” For UNC, “it’s an opportunity to think about what we want the graduate program to look like, how it can be more structurally responsible, more intellectually exciting, and keep up with trends in the field as a whole, and to move forward on good footing.”

With deadlines approaching, departments were forced to have these discussions quickly.

In the wake of these early announcements, the AHA convened a virtual conversation for history department chairs and directors of graduate studies to discuss the issue in late September. Representatives from nearly 30 institutions shared their concerns about how suspending admissions or reducing cohort size could affect their graduate programs in both the short and long term. Some departments were considering offering additional funding to all current students; others were prioritizing the students who are close to finishing and will be entering a dismal academic job market during an economic recession. But the biggest concern among the group in attendance was “clawback”: If the graduate program did not use the allocated funding for admitting graduate students, would the university reduce graduate cohorts in future years? Would the university allow money to be reallocated to current students?

Some universities have reduced cohort size instead of pausing completely. At Rutgers University, vice chair for graduate education Paul Hanebrink said, “There was a real concern in the department that, especially now when the core strengths of our program speak to issues of racial politics in the United States and the world and questions around gender, health, and the environment, standing down on admissions entirely was not the right decision.” They ran the numbers and decided that for the next two years, Rutgers will reduce their PhD cohort from around 12 students per year to no more than five. With this decision, they will be able to grant a sixth year of fellowship funding to all students currently enrolled in years two through five. They hope these fellowships “will offset any delays to research due to the pandemic, because for many of them what they have lost is the ability to travel.”

Others have seen this as a year of opportunity, including the small PhD program at Case Western Reserve University. According to department chair Kenneth Ledford, Case typically has the funding for four students per year, primarily from endowed funds and dedicated annual gifts. Because of their funding source, pausing admissions does not have a financial incentive. A stable budget also means that their department has been able to offer financial support to current students beyond the fifth year. But with so many other PhD programs pausing their admissions, Ledford said, “I plan to argue that this is an opportunity and to ask for five funding packages.” Though skeptical that he will succeed, Ledford is optimistic that the small program will be able to both support current students and continue admitting despite the pandemic.

For the University of North Texas, pausing admissions did not seem to be an attractive or viable option. Michael Wise, director of graduate studies at UNT, said, “Training graduate students is one of our institutional priorities as a public R1 university, and it’s vital for us to keep a flow of new PhD students into our program in order to grow some new and unique initiatives that our graduate faculty have led in our department.” He went on to say, “Despite the budget cuts affecting our university, we are maintaining our levels of graduate student funding and support. Last year, we graduated 11 students in the history PhD program, and we will probably admit a similar number during this year’s admission cycle.” As a growing program, Wise says that they are fortunate that humanities PhD programs “remain one of our highest institutional priorities in light of this year’s crisis.”

The impact of these decisions on students was not taken lightly.

The impact of these decisions on students was not taken lightly. Pausing or greatly reducing the size of new cohorts would have an inevitable impact on current students. With fewer students enrolled in coursework, individual class size would be smaller, and departments may not be able to justify offering their usual range of courses. From a departmental culture standpoint, graduate students often form close bonds with members of other cohorts in the years immediately before and after them. While sharing classes or TA offices, these students can become informal mentors, guiding those behind them through master’s theses, teaching, or comprehensive exams. Lindsay explained, “There was worry that pausing admissions would compromise the intellectual vitality of the department. Having graduate students around is exciting for faculty, it sustains a strong culture, and not having a first-year cohort would affect the second- and third-year culture.” Finally, graduate programs that have gained some momentum in recent years in recruiting underrepresented and minority students expressed concern about how a pause in admissions could completely stall that progress.

Attendees at the AHA’s September meeting also recognized the moral and ethical stakes of graduate education in 2020. As the AHA has documented, the academic job market has remained sluggish since the 2008 recession. A new economic downturn will only exacerbate that trend. Facing such economic uncertainty, participants wondered if graduate programs should continue to admit PhD students at all. The COVID crisis prompted new discussions, or reignited long-simmering disagreements, in some programs about whether they should continue to have a PhD program. But for others, this crisis has made it clear that change is necessary and has led to long-avoided conversations about programmatic reform. At least one attendee pointed to the AHA’s Career Diversity initiative in helping their program think through how to reframe the purpose of the history PhD to better fit this era. As one participant from a state university put it, “We don’t need to guarantee jobs, but we do need to understand the purposes of graduate school.”

By October, the picture became even clearer. The AHA queried the 311 MA- and PhD-granting institutions in the United States about their plans, and 41 responded. Among respondents at PhD-granting institutions, six programs had decided to suspend PhD admissions, with 30 continuing to accept PhD students. All 32 institutions that grant MAs will continue to accept students. Twenty-four institutions will provide funding extensions to current graduate students to offset the disruptions from the pandemic. A few also noted that while they do not have program-wide plans to distribute additional funding, they are working on an ad-hoc basis to provide extra support for students most affected, including those whose research plans were interrupted and international students who were blocked from entering the United States for the fall semester.

COVID-19 and the related economic crisis will undoubtedly continue to have an impact on graduate admissions. This may be an opportunity for needed change in many departments. A crisis may prove to be the shock to the system that upends priorities and long-standing practices. However, that possible outcome ignores that there is likely to be real fallout from decisions to shrink or eliminate cohorts, reallocate funds, or change priorities. There is no one right answer; much depends on the contexts a department operates within. However individual departments choose to proceed, it is reassuring to see that graduate education, as well as the financial and mental health of graduate students, continues to be a priority for so many universities.