Various disciplinary “archival turns” over the course of the past few decades have resulted in a tendency towards the over-casual use of the word “archive” as a shorthand to refer to, well, just about anything. While historians are not the most egregious of offenders, this exasperating tendency has led to an increasing sense of frustration and alienation on the part of librarians, archivists, curators, and other cultural heritage workers, who are loath to see their professional terminology co-opted in imprecise ways. 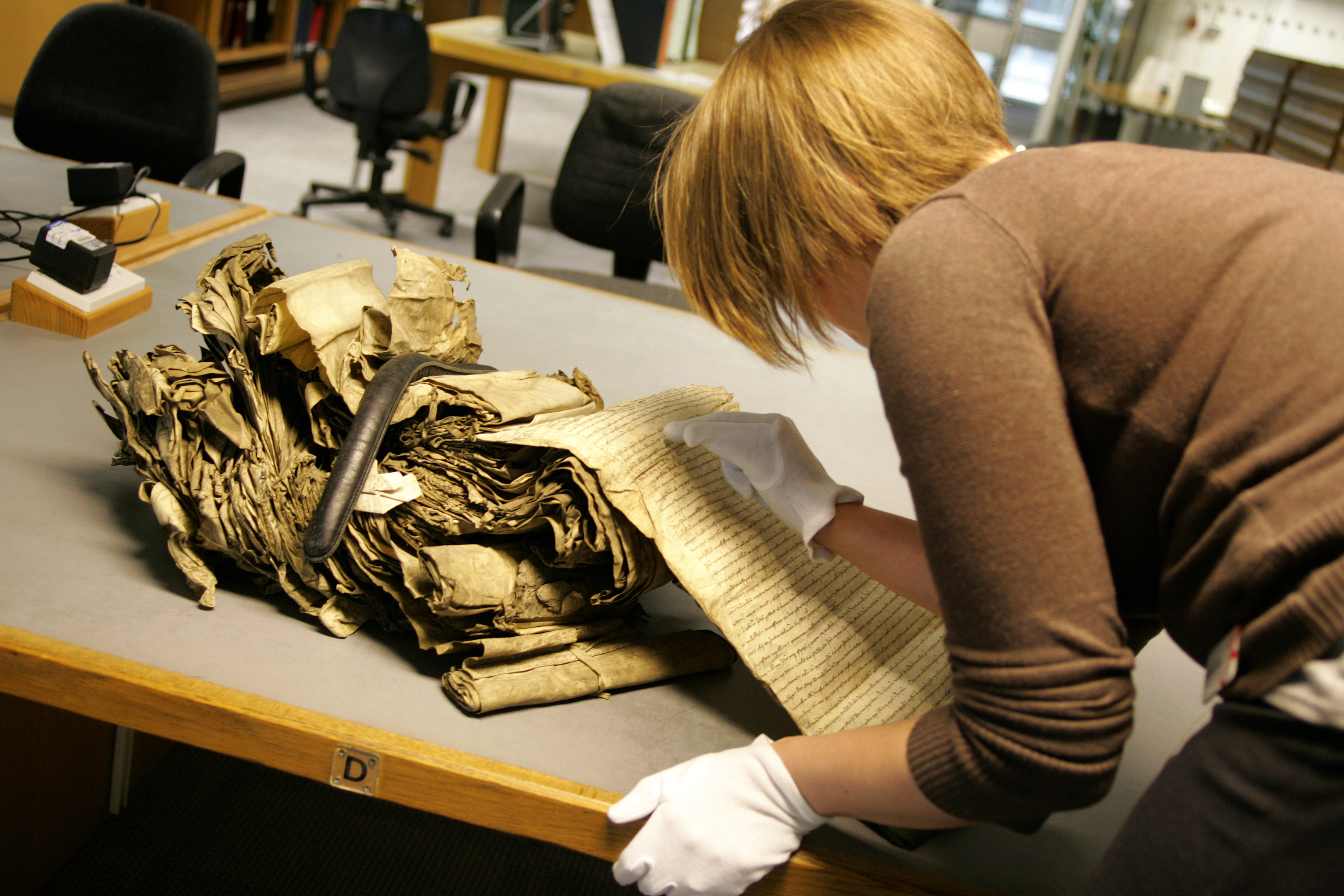 Archives are more than a simple collection of documents or records. They require professional training to catalog, describe, and maintain. UK National Archives/Wikimedia Commons/CC BY 3.0

Arguably, historians should be less prone to slipping into this shorthand, due to their longstanding disciplinary dependence upon and engagement with archives and archivists. Unfortunately, sometimes this is not the case—nor am I the first to point this out.

In 1945, the second Archivist of the United States Solon Buck wrote, “A fundamental fallacy that runs through most of these misconceptions is the supposition that a single document may be an ‘archive’ and that therefore a number of such documents constitute archives.” Nearly four decades later, Acting Archivist of the United States Frank G. Burke lamented that historians, “formerly the proud and paternal cohort of the archivist,” had abandoned engaging archivists and become a “parent who skipped out and hasn’t been heard from for a decade or more.”

More recently, archival studies professor Michelle Caswell rebuked the historical field for this tendency. She writes, “There seems to be little understanding in the humanities that professional archivists have master’s degrees . . . . Archivists have been relegated to the realm of practice, their work deskilled, their labor devalued, their expertise unacknowledged.”

As a historian-turned-archivist, this is a tendency I was initially sympathetic to. Like many historians, my graduate training was bereft of archival studies literature. Furthermore, there is a certain cachet that comes with the term “archive.” As program specialist and independent scholar Hannah Alpert-Abrams noted in conversation with me, it allows historians to discuss and think about power and historical memory in specific and useful ways.

Over the course of my archival training, however, I came to share my new colleagues’ frustration with “the archive.” Over and over again, journalists report breathlessly about a historian who has “discovered” or “uncovered” or “found” something exciting. Most of these articles leave out the fact that the researcher only found something so exciting because it was appropriately described by a cultural heritage institution and made accessible to them—description and access being just two of the services cultural heritage professionals provide. There was the case in 2019 of a researcher “stumbling over” a Sylvia Plath story—a story that has been catalogued and available for decades. Last June, sources gushed that the original Juneteenth order was “unearthed” in the National Archives, and then described the archivist going to the shelf to locate it based on its cataloging information. While researchers may discover previously unrecognized or unknown content, or make new connections, the documents and books themselves are rarely newly “discovered.”

It would be fair to point out that this is a critique of media framing and oversimplification. Yet, nearly every year academic presses or journals publish collections of essays by historians reflecting on “the archive” and the role it plays in the historical field. Most of these essays demonstrate a misunderstanding of what exactly archives are. For example, a recent essay by a historian of science argued that the original archive was the planet earth itself, positing that archaeologists were the original historians.

It is a shame to fight over terminology, especially when there is a perfectly accurate and precise term that could be used: personal collections. Not only is “personal collections” more accurate, in my experience it also draws students’ attention to a number of questions that they don’t ask about the term “archive.” When I discuss personal or special collections with students, they begin asking questions that “archive” does not inspire, such as: Collected by whom? Collected why? For what purpose? These are the questions we are trying to teach as historians.

As many historians currently use the word “archives,” they seem to imply that an archive is the natural state in which primary sources arrange themselves after being discarded or left by their creators. It creates the false impression that there is little to no work that goes into making primary sources available to researchers, and—more dangerously—that archives are even a neutral or unmoderated space. When archives and the historical record are used interchangeably in this way, we are unable to see what might be missing.

When archives and the historical record are used interchangeably, we are unable to see what might be missing.

For highly trained graduate-level (and increasingly, doctoral-level) library and information science professionals, this is not simply a theoretical or stylistic issue: the invocation of “the archive” by historians enacts an ironic historical revisionism that reduces the labor of me and my (mostly women) colleagues to reading room furniture or “obstacles” in the way of (mostly male) historians. Archivists have long been characterized (and feminized) as the “handmaidens of history,” had their expertise dismissed as the opinion of nonexperts, and have been portrayed as active enemies to historians.

More is at stake here than language. The propensity to use professional terminology in an inconsistent way has an impact on how we understand and work with cultural memory. Special collections librarian Leah Richardson has described the work of cultural heritage professionals as “a modality without presence,” which is to say that librarians and archivists keep things running, but (when done well), this labor lies so close to the bone of an item’s content and mere existence that it is often rendered invisible. So invisible, in fact, that archivists, librarians, and others might not even appear in acknowledgments of the publications based on their collections.

By ensuring that terminology is used precisely and correctly when discussing cultural heritage work, historians can ensure that students, readers, and other historians have a fully contextualized understanding of what is present, what might be missing, and why.

B. M. Watson is a PhD student at the University of British Columbia’s School of Information. They tweet @brimwats.