Jacqueline Jones (Univ. of Texas at Austin) steps into the role of AHA president at a moment when history as a discipline has been front and center in American discourse. Jones, who earned her PhD from the University of Wisconsin–Madison in 1976, became interested in the intersection of identity and history as a child growing up in a small town in Delaware. The village, which Jones describes as a cross between Norman Rockwell and Peyton Place, fostered Jones’s early interest in “how people identify themselves.” This central question became the starting point for a distinguished career in labor history. 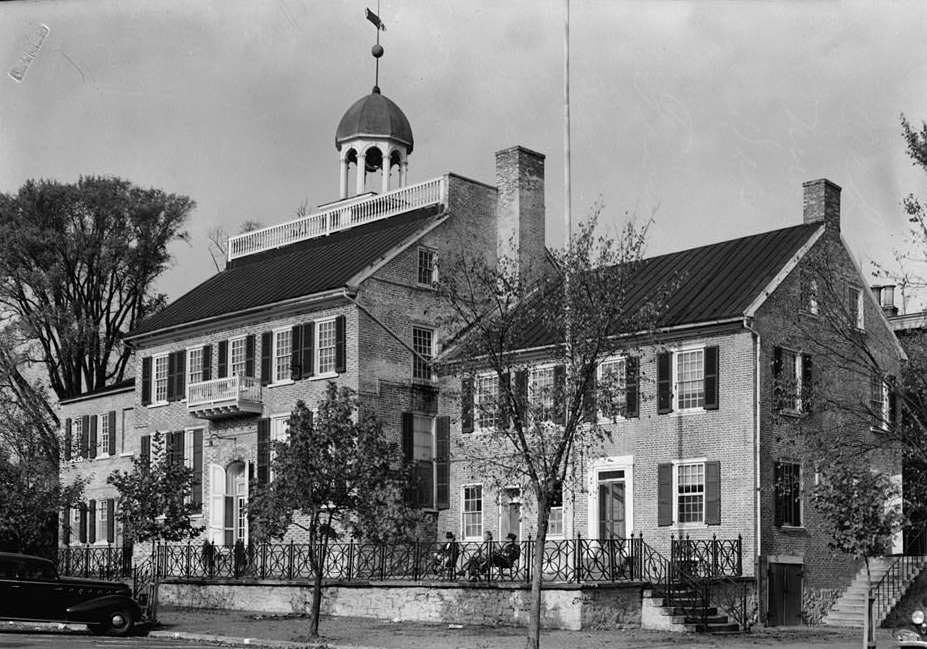 The Old New Castle County Courthouse, built in 1732 and pictured here in 1936, is just one historic place in Jackie Jones's home county in Delaware. W.S. Stewart/Library of Congress. Image cropped

Her scholarship has earned her many accolades and honors. Jones, the author of 10 books, has twice been a finalist for the Pulitzer Prize: first for Labor of Love, Labor of Sorrow: Black Women, Work, and the Family from Slavery to the Present (Basic Books, 1985) and then for A Dreadful Deceit: The Myth of Race from the Colonial Era to Obama’s America (Basic Books, 2013). Her most recent book, Goddess of Anarchy: The Life and Times of Lucy Parsons, American Radical (Basic Books) was published in 2017. She is currently working on a study of the Black laboring classes in Boston from 1850 to 1870.

Among other awards, Jones has won the Bancroft Prize in American History, the Taft Prize in Labor History, the Spruill Prize in Southern Women’s History, and the Brown Publication Prize in Black Women’s History. She was named a MacArthur Fellow in 1999 and is a member of the American Academy of Arts and Sciences. Jones served as the chair of the University of Texas at Austin history department from 2014 to 2020.

The AHA welcomes Jones as its 137th president during a virtual Council meeting in January 2021. Perspectives spoke to Jones in November 2020 about her career, her goals for her term as AHA president, and her time as a 4-H member.

What influenced your interest in history?

I grew up in a small town in Delaware, in a house next door to my grandparents. That all sounds rather Norman Rockwellian, but in fact the village (population: 500) was cross-cut by all sorts of social divisions that, from a young age, I found alternately thrilling and terrifying. It was Rockwell with a dash of Peyton Place.

Under the village’s seemingly placid surface were conflicts based on religious affiliation, race, age, class, and education. The village had four small but historic churches—three Methodist and one Presbyterian, two Black and two white. The Black kids in town were bused to a separate school several miles away. When I was growing up, age became a major conflict: rock and roll music provoked consternation among the town’s adults. Class and education divisions were easy to find, with recent arrivals from Appalachia pitted against long-term residents and salaried workers against farmers and wage employees, with college-educated folks in a distinct minority. The grown-ups gossiped about cases of domestic abuse and extramarital sex, and everybody seemed to know everybody else’s business. I was fascinated by the different ways people identified themselves, and I developed an abiding curiosity about the origins of the local public segregated schools; the white one I attended was integrated in 1955.

Did you enjoy history in high school, or did you find the discipline later?

Despite that interest in local history, I will admit that I was an indifferent student of history through high school. At the University of Delaware, I changed my major multiple times, finally landing on American studies because it allowed me to avoid focusing on any one topic. In my junior year, I took a course in African American history, and I finally got interested in history. I wrote a senior thesis and found that I enjoyed doing research in the cramped quarters of the Delaware Historical Society, at that time a storefront on Market Street in Wilmington. I began to learn more about my hometown, which had its glory days in the late 18th century and then fell into a steep decline after the railroad bypassed it in the early 1800s.

I am constantly amazed and impressed by the generosity of people in our profession.

You’ve written several award-winning books and are a prolific writer. What is your writing process like?

I am a firm believer in outlines, the longer and more detailed the better. I don’t hesitate to send drafts to colleagues and friends for suggestions; their comments and criticism invariably help make my work better, and I am constantly amazed and impressed by the generosity of people in our profession.

Writing is just one part of your career. How do you integrate your teaching and research?

One of the most rewarding aspects of teaching for me is introducing students to documents I have found in the course of my research; they get excited about the material by analyzing primary sources. A favorite assignment for undergraduates is the “document in socio-historical perspective.” I provide a primary source, and in a few pages, the students summarize the document, analyze its purpose and the rhetoric used by the author, and then discuss its larger significance in the context of what we have discussed in class.

You teach in a state, Texas, that has a huge influence on the nation’s history curriculum. How does your location impact your teaching?

Texas requires all students at publicly funded universities to take at least six credit hours of history to graduate. I have taught the second half of the American history survey, which in our department can have as many as 400 (in-person) students, and many more when taught remotely. Of course, teaching assistants are essential for this size class.

The Texas State Board of Education has developed what are called the Texas Essential Knowledge and Skills (TEKS), the state standards for what students should know in each subject and grade level. Those standards apply only to K–12, not the college level, so at the University of Texas at Austin, my colleagues and I teach history the way we see fit, untethered by rigid metrics or state-imposed standards.

What goals do you have for your term as AHA president?

Because of the pandemic and, more generally, the economic and political turmoil around the world, more people than ever are interested in learning about history. The AHA must continue to cultivate and respond to this interest. When the times call for it, we can provide historical context for pressing issues of the day and correct widespread misapprehensions about the past.

As I outlined in my column this month, the pandemic continues to disrupt historical work, and I hope that the AHA can help historians and the institutions they serve to work through these challenges in productive ways. I have appreciated Virtual AHA, the ongoing webinar series, which offers historians an opportunity to share ideas and innovative solutions to these problems. The Remote Teaching Resources, funded by an NEH CARES Grant, provides materials especially suited to the remote classroom. We should continue and enhance these efforts.

Finally, I am particularly pleased to be part of a new initiative that will focus on documenting and confronting the history of the AHA’s role in legitimating and promoting racist scholarship and racism within the discipline of history.

Historians can provide context for pressing issues of the day and correct widespread misapprehensions about the past.

What do you remember about attending your first AHA annual meeting?

I think the 1982 meeting in Washington, DC, was my first annual meeting—certainly, that was the first meeting at which I presented. Mostly, I remember feeling overwhelmed. I think I was presenting a paper based on research I did for my dissertation. I was nervous about my own panel, but also eager to attend others, and there were so many choices that I found the whole scene frustrating and exhilarating at the same time. Also, I quickly developed a habit of trying to read name tags without appearing to do so; I was star-struck by seeing many historians whom I admired for the first time. Perusing the book exhibits reminded me of that scene in the movie Moscow on the Hudson, where Robin Williams’s character goes into a grocery store and has a meltdown over the many different kinds of coffee he can choose from (Williams babbled about coffee, I muttered, “Books, books, books.”).

Tell us something quirky about yourself, unrelated to history. Any hidden talents or unique hobbies?

When I was in junior high and high school, I was a member of a local 4-H club. Though I didn’t raise any farm animals, I exhibited my share of baked goods, homemade clothing, and vegetables at county and state fairs. During one food demonstration, I cut my finger with a paring knife and bled all over the salad; a large overhead mirror provided a good view for the audience and judges. One of the judges came over to me and handed me a Band-Aid. I put it on and finished the salad. However, that ended my career as a serious 4-H-er.

I did learn to sew, though!

This interview has been edited for length and clarity.

Ashley E. Bowen is Editor of Perspectives on History. She tweets @AEBowenPhD.