What Makes a Great Proposal for the AHA Annual Meeting?

By Claire Potter and Brian Ogilvie

Chairing a conference program committee is a humbling experience, both because of the fine people in it, and because of the opportunities it provides to encounter thoughtful and engaging scholarship. Building the program of the American Historical Association’s annual meeting, especially, offers an opportunity to see what our colleagues are thinking about across the many fields and subspecialties represented in the Association’s membership. We want to congratulate the 2018 committee for the excellent meeting program in Washington, DC, and are eager to read the proposals we receive for #AHA19. We are particularly excited about meeting in the same city and at the same time as the annual meeting of the Modern Language Association, and the opportunities this offers for cross fertilization by reaching out to colleagues who might be attending that conference. 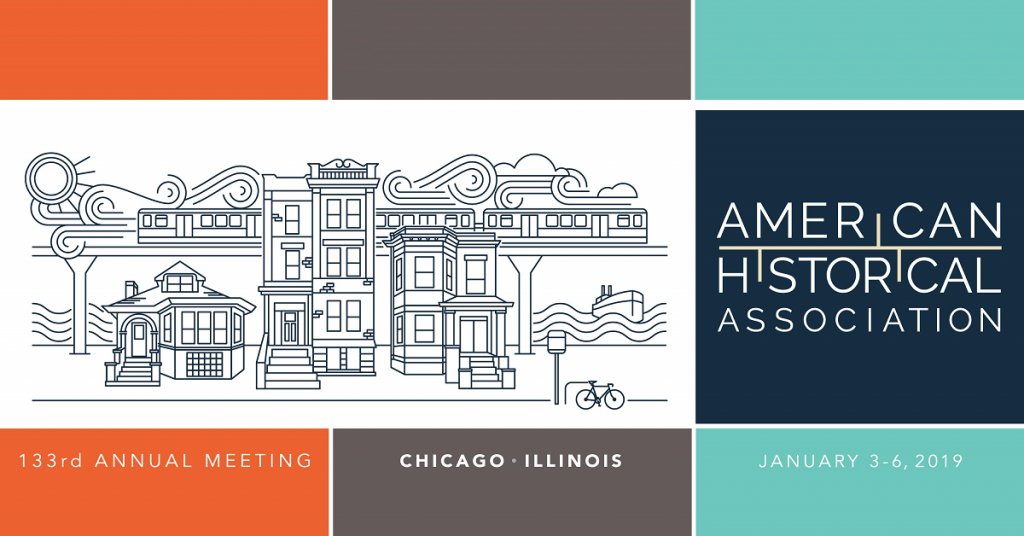 The deadline for proposal submissions for the 2019 annual meeting is midnight, February 15, 2018.

The deadline for this year’s submissions is midnight, February 15, 2018; the call for papers and the composition of the full committee, which meets in April to determine the program for AHA19, can be found on historians.org. Those submitting are reminded that the theme, “Loyalties,” is suggestive and that no panel will be advantaged or disadvantaged because of its relationship to the theme. (Remember also that all US-based historians on sessions accepted by the program committee—including chairs and commentators—must be AHA members, and that all participants must register for the annual meeting.)

But what makes a good proposal? Francesca Trivellato and Andrew Sartori, our predecessors and members of the 2015 Program Committee, put forward a good set of suggestions in the September 2014 issue of Perspectives on History in a piece titled “Crafting an Effective Panel Proposal.” Students and early-career scholars should also check with mentors and senior faculty for suggestions. In addition, we recommend brainstorming with program committee members in your field, and seeking advice or collaborations on AHA Communities. Finally, we offer a few other important items to think about:

Choosing the right format: The traditional three papers, a chair, and a comment, right? A majority of the submissions will be just that, and many of these panels will be successful. Presenting your research as a well-crafted text, read aloud to an audience, creates an opportunity for storytelling and good feedback, both from the commenter and the audience. Yet, unlike roundtables that encourage spontaneous conversations, such panels are often less dynamic, attract smaller audiences, and do not always engage those who come. In addition, if your research is well advanced, you might find that cutting a chapter down to 9–10 pages is hard work and not always successful.

The best proposals argue for the format that the organizers have chosen and explain how it will engage the audience. Might your project be better served as a poster or in a roundtable where you can join with other historians in a conversation about a method, an archive, a field, or different approaches?

Reaching outside your networks: Conferences are an opportunity not just to share our work, but to forward the project of history as a discipline. Therefore, the program committee would like to see proposals that make an effort to spark a new conversation, or revisit conversations thought to be closed. This means that, despite the fact that panels are often born from conversations among friends, organizers should look beyond their immediate circle and tap into their extended networks. Should your conversation include a filmmaker, a high school teacher, a curator, or a humanist from another discipline who is working historically?

The best panels will show that organizers made an effort to pick the most appropriate scholars for the conversation they hope to inspire. (Note that picking a prominent scholar to chair or comment does not, in and of itself, an accepted panel make, particularly if that person was on your dissertation committee!) We will, unfortunately, have to turn down many meritorious proposals so we are less likely to accept a panel that doesn’t seem fresh. This would include work that has already been presented at other conferences (changing a paper title doesn’t disguise that) and submissions made up of people who appear frequently together, went to school together, work together, or are frequent collaborators.

Aiming for diversity: We aren’t just talking race, gender, age, and nationality, although these are important ways of integrating your panel and your networks and making an effort to represent the range of people doing good work in your field. But the best submissions are methodologically, historiographically, politically, or ideologically diverse, and represent different approaches to the panel’s topic or subject. The most exciting conversations at the annual meeting are those where panelists disagree, or where they question accepted wisdom. We’re asking less for “balance,” in the sense of one side versus the other, than for a range of perspectives: there are seldom only two sides to a controversy or two answers to a question.

Broadening your framework: Deep dives into a single subject are often less interesting to an audience than they are to the panelists themselves, and the number of specialists they will draw is small. But framing the submission differently and diversifying it can change that and still accomplish your goals. A group of three papers about the lived experience of the Battle of Okinawa, for example, will undoubtedly draw a small group of World War II enthusiasts and military and social historians to hear you read your papers. But a roundtable that examines the problem of researching and narrating modern battlefield experiences—and perhaps including a historian serving in the military, a filmmaker, a novelist, a poet, or a gamer—now that has legs!

Being creative, but also clear: Your creativity, your excitement about the panel, and how its different parts speak to one another need to be conveyed in the proposal. It isn’t always clear why five scholars working on global capitalism, or three papers on the history of imperial apartheid laws, deserve a session to themselves. Remember, too, that while the initial panel review will be done by members of the committee that are as close in field as possible, none might be in your exact specialty. Your submission may also be discussed by the entire committee at some point. The best panels will be clear to non-specialists, and they will avoid jargon and theoretical language that beckons to an in-crowd but mystifies scholars not already part of the conversation.

Remember: job markets, networking, book contracts, and renewing relationships with old friends aside, the point of a conference is to bring us into conversation with each other. The best proposals will show the committee that your session promises to be engaging, fun, and even contentious. Let the submissions begin!

Claire Potter (The New School) is the chair and Brian Ogilvie (Univ. of Massachusetts Amherst) is the co-chair of the 2019 Program Committee.