Past Tense: History and Its Abuses in Washington 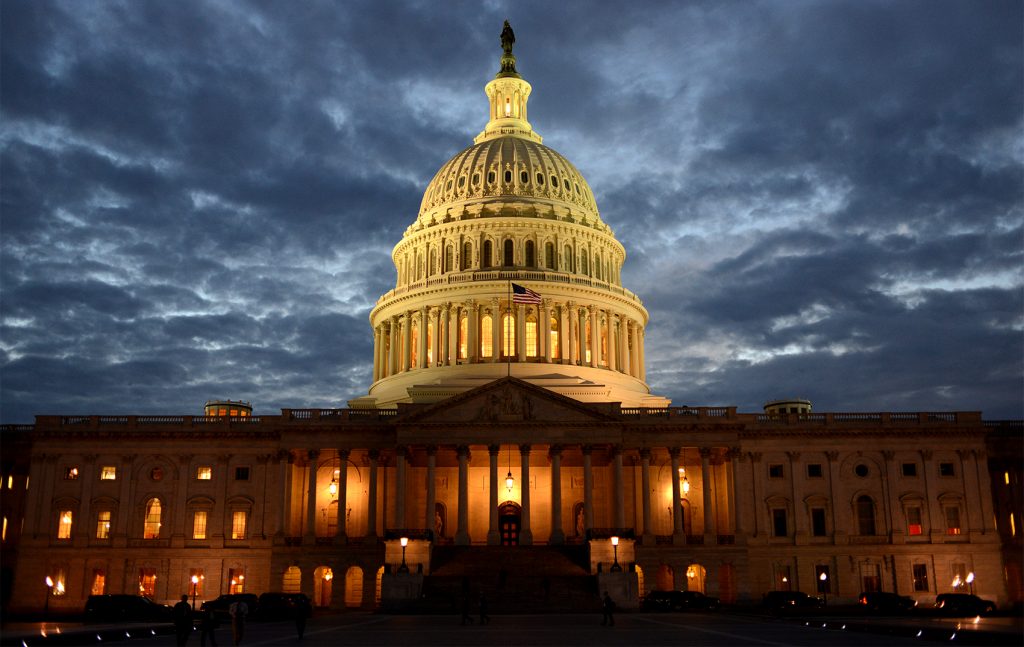 The US Capitol at the end of the 2013 government shutdown. Stephen Melkisethian/Flickr/CC BY-NC-ND 2.0

The AHA’s concern with this dysfunction is rooted most obviously in the fact that federal policy directly affects the practice of our discipline. It’s not only access to the National Archives, the Library of Congress, and other federally funded research venues; it’s also funding from the National Endowment for the Humanities, the Institute of Museum and Library Services, and even the National Science Foundation. A number of programs provide vital support to international education and research, most of them in the Department of Education (with some in State). The Smithsonian Institution opens doorways to history for millions of Americans and foreign visitors. Many historic sites fall under the jurisdiction of the National Park Service.

But the threat posed by policy instability and an ominous tone of hostility toward evidence-based scholarship and vigorous inquiry doesn’t end at agency doorways. The landmark tax bill passed in December could affect revenues at institutions of higher education and other employers of historians. The new law will likely affect federal expenditures and state taxing mechanisms, tax incentives for charitable donations, and in a few cases, endowments. The reauthorization of the Higher Education Act will also be controversial; the Secretary of Education’s hostility to the public sector is no secret.

These issues bob well above the surface, and we have effective advocates, notably in the National Coalition for History and the National Humanities Alliance, to track and influence legislation—and they are working overtime lately. We can also support our colleagues on the front lines: historians employed by the federal government, most of whom work in agencies challenged by declining respect, funding, and morale.

But there’s something that is more pernicious that drives at the heart of our role as historians and citizens. Much of what is happening in Washington rests in—indeed relies on—the abuse of history. The line between deliberate distortion and mere ignorance is akin to the difference between dishonesty and incompetence: the distinction matters, but the results are the same.

When a president is elected under the slogan “Make America Great Again,” there can be little doubt that history lies at the heart of his politics—or rather, a particular interpretation of history that justifies undoing generations of work in its own name. The president does not hold a monopoly on such illusions. Washington is awash in people happy to invent a past for the purposes of the present. This is not new, of course, but there’s a difference between bending the truth and proclaiming the legitimacy of “alternative facts.” Senator Daniel Patrick Moynihan had it right to recycle Bernard Baruch’s willingness to grant anyone’s right to an opinion, but not to their “own facts.”

Historians are guided by rules of evidence. Our standards, and our ideas about proof and disproof, differ from our colleagues in the sciences, law, and many other disciplines. We don’t even fully agree among ourselves. But living and working in Washington, seeing the Capitol every day, has reaffirmed my commitment to empiricism and to the need for every discipline to discuss the nature of evidence, in our classrooms and with the greater public.

Policy discourse at all levels can be so bereft of context that desired explanations outweigh historical understanding. Historians thus can and should do more than correct facts in every media outlet at our disposal—we need to contextualize these discussions. Can immigration restriction be intelligently discussed outside the context of Chinese Exclusion (1882), the National Origins Act (1924), and the Hart-Celler Act (1965)?

Context is one thing; analogy is quite another. Do references to populism mislead more than clarify? Is it specious to mention Nazi Germany when taking stock of the current administration’s threat to democracy, a free press, and equal protection under the law? Should a policy maker who utters the word “Munich” be taken to task? Historical analogies are often simplistic if not downright misleading. But perhaps they are unavoidable. In a panel discussion at January’s AHA annual meeting, Ibram Kendi pointed out that analogies attract attention; historians who reject them out of hand are likely to find themselves talking mostly to other historians.

My vantage point in Washington leaves me susceptible to an amplified sense of impending crisis—especially in the context of a government shutdown, overheated rhetoric punctuated by expletives, the emergence of a pattern of prevarication affirmed on both sides of the legislative aisle, and a frontal attack on established procedures for gathering and publicizing evidence. But a historian should perhaps urge caution about a discourse of current crisis that is itself ahistorical. A dozen historians recently suggested to Politico years that were even worse: 1860, 1861, 1865, 1890, 1919, 1920, 1968, and 1973–74 all won votes for moments that made 2017 look comparatively placid. On the other hand, comparison across time might enhance our understanding of the danger, less in its magnitude than in its locus.

The AHA and its members need to ask ourselves what our role can and should be in this unusual situation, as a scholarly association and as individual historians. Historians know that neo-Nazis are not “fine people.” Nor are neo-Confederates. Historians know that for millions of Americans, family history includes migration (and yes, chain migration) from places with dysfunctional government, grinding poverty, and violence. Historians know that the long tradition of executive disdain for the press, including outright hostility, has never sunk to labeling the media “the enemy of the American people.” Spiro Agnew’s “nattering nabobs of negativism” now seems a mere trifle as an attack on the proverbial authors of the “first draft of history.” The role of history and historians in public life has never been more visible or less clear.

This column by AHA executive director, Jim Grossman, will also appear in the February issue of Perspectives on History.