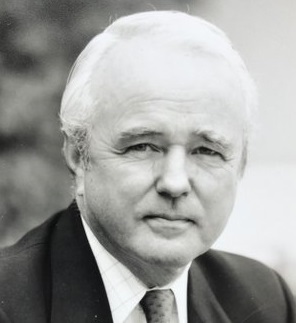 One of his generation’s most distinctive historians of modern America, Otis L. Graham Jr. died on November 14, 2017, in Westlake Village, California. He was 82.

Born in Nashville, Tennessee, Graham attended Yale (BA 1957), where he majored in history. After college he served for three years as a Marine Corps officer, mostly in Hawaii. Completing military service, he took up graduate study at Columbia under Richard Hofstadter and William E. Leuchtenburg and earned his PhD in 1966. After teaching briefly before then at Mount Vernon Junior College (since merged into George Washington University), in 1966 he joined the faculty of the University of California, Santa Barbara, where he taught until 1980. In that year, he became Distinguished University Professor at the University of North Carolina (UNC) at Chapel Hill, before returning in 1989 to Santa Barbara until 1995 to direct its graduate program in public history. He then taught at UNC Wilmington until 2002, before retiring.

Graham’s first scholarly work was An Encore for Reform: The Old Progressives and the New Deal (1967). This was followed by other books meant to influence policy outcomes as well as historical understanding, including Toward a Planned Society: From Roosevelt to Nixon (1976) and Losing Time: The Industrial Policy Debate (1992).

Graham’s most controversial public engagement as a historian—one that brought him much criticism, which he withstood with decent aplomb—was in favor of immigration restriction. As an undergraduate, he was already deeply troubled on environmental grounds by population growth. His argument against immigration grew from that concern. His two major books on the subject, Unguarded Gates: A History of America’s Immigration Crisis (2004) and Immigration Reform and America’s Unchosen Future (2008), made arguably the best possible liberal case for immigration restriction—to protect the nation’s environment. His final book, Presidents and the American Environment (2015), surveyed presidential environmental policies from Benjamin Harrison to Barack Obama. His long associations with Robert M. Hutchins and Rexford G. Tugwell at the Center for the Study of Democratic Institutions and with the Federation for American Immigration Reform, the Center for Immigration Studies, and Californians for Population Stabilization (he served on the boards of the last three) reflected these interests.

Graham also deeply involved himself in extra-academic work. Most significantly, he helped nurture the infant public history movement. Following the lead of Santa Barbara colleagues Robert Kelley and G. Wesley Johnson, Graham served on the founding editorial committee of The Public Historian and, from 1990 to 1997, as its editor. As editor, he pioneered the effort to bring “gray literature”—unpublished government reports employing historical knowledge that typically escape assessment by professional historians—under critical review. As a practicing public historian, he wrote a short history of the Santa Barbara County wine industry and, with others, an account of the devastating 1990 fire that threatened the city of Santa Barbara. He also offered expert scholarly testimony in defense of the tobacco industry, an act that also brought him criticism.

Graham served between 1971 and 1974 on the AHA Council. During his career, he held fellowships from the John Simon Guggenheim Foundation, the Woodrow Wilson Center, the National Endowment for the Humanities, and the Institute for Advanced Study in the Behavioral Studies. In 1999, the National Council on Public History recognized him with its Robert Kelley Memorial Award.

All who knew Otis Graham experienced his bonhomie, broad laugh, and strong address to the world. A man of forceful personality, he was a college varsity wrestler and a Marine Corps officer (of which he was always proud), experiences that joined with his erect carriage to offer a challenging presence to others. His powerful and independent mind also had to be reckoned with. No one left his company without being impressed, and often amused, by his easy, colloquial use of language, which he could delightfully contort into fresh expression. Such stylistic flexibility found its way directly onto the printed page and into the fluent informality of his written works. There are few whose spoken voice can so easily be detected in their writings.