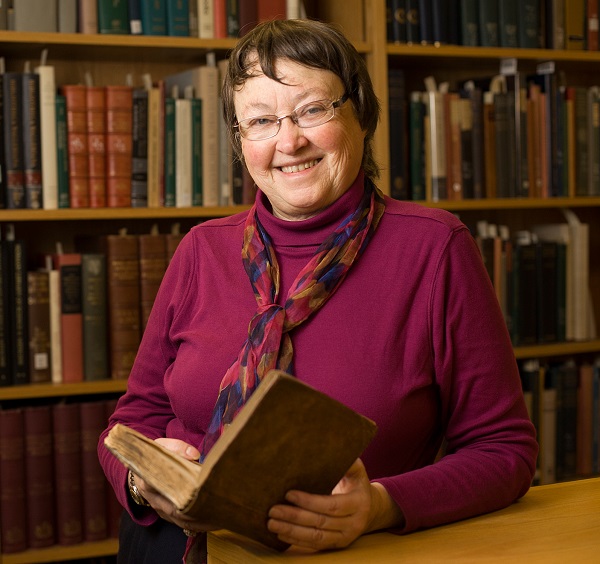 Mary Beth Norton cuts an impressive figure. A leading practitioner of early American history, the AHA’s new president earned her PhD at Harvard University in 1969. After teaching full time at the University of Connecticut, she moved in 1971 to Cornell University, where she is currently the Mary Donlon Alger Professor of American History. Her books include The British-Americans: The Loyalist Exiles in England, 1774–1789 (1972); Liberty’s Daughters: The Revolutionary Experience of American Women, 1750–1800 (1980); Founding Mothers & Fathers: Gendered Power and the Forming of American Society (1996); In the Devil’s Snare: The Salem Witchcraft Crisis of 1692 (2002); and Separated by Their Sex: Women in Public and Private in the Colonial Atlantic World (2011).

But that’s only scratching the surface. Norton holds the distinction of being one of the founders (so to speak) of an entire field—women’s and gender history—that continues to flourish inside and outside academia. Along with contemporaries like former AHA presidents Linda Kerber and Laurel Thatcher Ulrich, Norton began asking questions about the era of the American Revolution that stood it on its ear: How would it look from the point of view of women?

The AHA welcomed Norton as its 134th president at the 2018 annual meeting in Washington, DC. This interview was recorded in mid-December 2017. It has been edited for length.

Allison Miller: How did you get bitten by the history bug?

Mary Beth Norton: Oh, I can’t even say when. My parents both had advanced degrees in history. When I was a child, we took family trips all over the country in the summers—my dad was an academic, and we had the summers off. We would always visit historic sites, battlefields, state capitals, universities—you name it, we saw it. So by the time I graduated from high school, I had been in all 48 adjacent states.

“I found it a real challenge to write about men in a gendered way at the time because people weren’t doing that.”

AM: Can you talk a bit about your teaching? Did you like working with students at first, have problems in the classroom, or surmount any difficulties?

MBN: I’d always been something of a public speaker. In high school, I was on the debate team, so I had experience speaking to audiences. But even so, when I carefully wrote out my first lectures—of course, I was using a manual typewriter—I realized very quickly that I was doing it all wrong. I went to the University of Connecticut with what I thought were a month’s worth of lectures ready to go and discovered they weren’t, because students’ eyes were glazing over. I realized that I had put them together in a totally wrong way—I was giving the evidence and then the conclusions. I quickly realized that I had to change the lectures all around.

AM: What advice do you give to your grad students about teaching?

MBN: I’m done with graduate teaching; my last graduate student got her degree last year and is teaching now. I usually have my graduate students be my TAs at some point. They give guest lectures in my courses so I can observe them and give them suggestions and feedback.

Over the years I’ve discovered that graduate students often need help going with the flow, as it were, in a classroom. Let’s say I went into a discussion section with a plan and the students didn’t seem to want to follow that plan. In the beginning, I didn’t let them do that—I insisted they follow my plan! So now I tell my graduate students, and I watch them do it, that the best thing to do is to go into a section with maybe five or six points that you want to get to by the end of the class and let the students determine what order they want to learn them in.

When you’re a graduate student and feeling your way through teaching and you don’t know the material very well, you want that piece of paper that tells you something explicit. You’re not prepared to wing it. But you really do have to wing it to have a successful discussion section.

AM: Can you talk more about mentorship? I know Mary Maples Dunn was an early mentor for you.

MBN: When I was just starting out, she took me under her wing and made sure I got to the right parties at AHA annual meetings, like the early American parties. She would introduce me to people. I try to do the same thing for my students today. I tell them to hit the book exhibit the way I learned to do as a young person, telling them how to use the book exhibit as a way of not just getting books but meeting people you’ll keep running into basically for your entire career. And you never know when one of those people could turn out to be very important to you as a potential editor on some manuscript you’re interested in peddling.

AM: What were your first impressions of the AHA ?

MBN: I started going to AHA conventions as a graduate student. I always had a good time. I liked to go to the parties and sessions on early America. I especially remember going to the book exhibit. I remember when I got my first teaching job, I went through the book exhibit very carefully and ordered free copies of textbooks and other works that I might assign as collateral reading.

AM: Does writing come naturally to you?

MBN: I work really hard at revisions. My first drafts are always awful. I have a tendency to write very long sentences that get very involved. That’s why I love having a computer because I can change it in the middle. And I tell my students that you have to be aware of your own writing quirks. One of my writing quirks is writing paragraphs that are 12 lines long. But everybody has different quirks, and you just have to learn what they are, and learn to revise accordingly.

AM: Liberty’s Daughters came out in 1980, and in the following decade, gender history took off. Can you talk about how you experienced the turn from women’s history to women’s and gender history?

MBN: I understood where the people were coming from who said we’ve got to have women’s history and not gender history. I understood that feminist commitment. I remember Gerda Lerner saying that after we’ve had 200 years of women’s history, then maybe we can have some gender history. But I never agreed with that. When I was doing Liberty’s Daughters, I realized that to understand the women I was studying, there were things I had to know about their husbands and their sons that I didn’t understand. My next book, Founding Mothers & Fathers, is also very deliberately about men as well as women.

I found it a real challenge to write about men in a gendered way at the time because people weren’t doing that. I recall reading the records of the Maryland colonial legislature, and I asked myself: What laws are being adopted because these legislators are men? And what laws would have been adopted if the legislators were women? These turned out to be really interesting counterfactual questions to ask myself. It helped me think about the impact of gender on people in the 17th century in Maryland and in other places. But it was tricky. People hadn’t done that; they had just written about government as government. They hadn’t written about it as government by men.

AM: The story of Thomas/Thomasine Hall has especially lived on as an example of the workings of class and gender in colonial Virginia. [<em">Editor’s note: Hall was a 17th-century servant who was brought to court as a woman after an encounter with a female servant; the court inspected Hall’s body and ordered Hall to wear men’s and women’s clothing at the same time, to accord with Hall’s ambiguous genitalia.] Do you have any opinions on the evolution of interpretations of this case?

MBN: For me the real breakthrough came from a former student of mine, Tom Foster, who wrote a paper for me on that case. In it, he didn’t use a gendered pronoun. And everybody who’d written about it had always called Thomas/Thomasine “he.” I decided that was the only way to write about the case, to not use a gendered pronoun. I thought it was really crucial to talk about this person as someone we would say today is an intersex person. I think that Thomas/Thomasine was clearly an intersex person trying to live in an extremely gendered world.

AM: How can the AHA serve all of its constituencies—professors, grad students, museum professionals, archivists, librarians, and more?

“I work really hard at revisions. My first drafts are always awful.”

MBN: Well, I think that the AHA is and always has been an extremely varied organization. As an AHA office-holder [on the Nominating Committee, from 1976 to 1979], I remember vividly being struck by the wide variety of people that the Association was trying to serve. I think the AHA is working very hard these days, under the direction of our terrific executive director, Jim Grossman, to deal with issues facing everybody. More and more, at the annual meeting and through its outreach activities, the AHA is working with a variety of different groups and not trying to limit itself strictly to academics. I think that’s tremendously important.

AM: Do you have a sense of whether our discipline is changing as a result of the current political climate?

MBN: It’s not as though there is one theme or issue that is dominating discussion today. Historians are part of the skepticism that the nonacademic world has about academia. Historians right now have to deal with things like complaints about Confederate monuments. There’s of course sexual harassment. So I don’t know that there’s any one unified problem. It’s not like, shall we say, the McCarthy era, when there was pressure from the national government to conform politically. We don’t have that. But we do have all kinds of areas in which historical perspectives can be important. And I’d like to see us offering those perspectives.

AM: I have one last question. There’s a rumor that you play the banjo. Is that true?

MBN: No. Guitar! The banjo?! I’ve never played the banjo. Actually, that’s not true; someone once gave me a banjo, and I tried to play it, but it didn’t work. There is actually a picture of me playing a guitar at a Berkshire Conference.

MBN: Oh, folk, of course! And a red-tailed hawk just flew by my window.

Allison Miller is editor of Perspectives. She tweets @Cliopticon.