Sharika Crawford is an associate professor of history at the United States Naval Academy. She lives in Annapolis, Maryland, and has been a member since 2003. 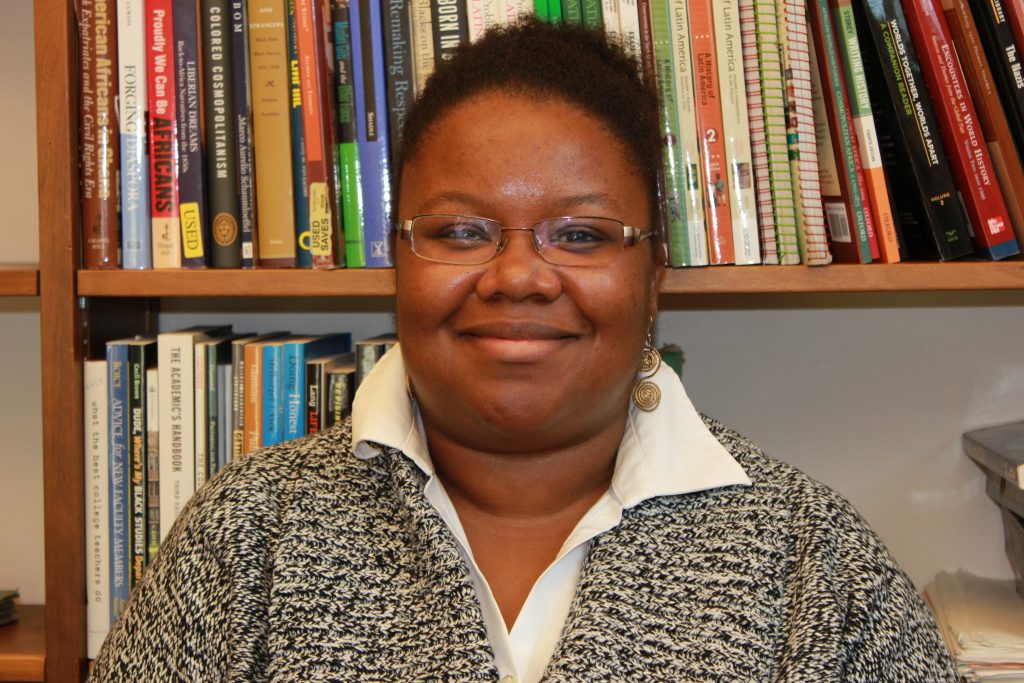 Sharika Crawford is an associate professor of history at the United States Naval Academy.

Describe your career path. What led you to where you are today? Although I always loved reading and learning about the past, I majored in anthropology. At that time, my college only offered upper-level elective courses in US and European history, which held little interest for me. But I still found myself gravitating toward the field of history. Frequently, I went to the library to read histories on the experiences of Afro-descended populations in Latin America. This led me to two monographs that shaped the rest of my educational career: Carl Degler’s Neither Black nor White: Slavery and Race Relations in Brazil and the United States and George Reid Andrew’s The Afro-Argentines of Buenos Aires, 1800–1900. Despite this strong proclivity toward history as a discipline, I pursued an MA in Latin American studies at UCLA. There, I took classes with a wonderful slate of scholars including Edward Telles, William Summerhill, and Kevin Terraciano. In those graduate seminars, I started to imagine myself as a historian conducting research, publishing scholarship, and teaching aspiring young students. Two years later, I was a new PhD student and advisee of Reid Andrews at Pitt. It was a dream come true for me!

What do you like the most about where you live and work? At the Naval Academy, I work with young men and women who will serve as officers in the US Navy and Marine Corps. I play a critical role in educating them about Latin American history but also the complicated role of the United States in the region. The US Navy and Marine Corps was at the forefront of US policies in Latin America and the Caribbean. I am humbled knowing how important it is that these future officers know and acknowledge this history. I also enjoy living in the Washington, DC-Baltimore metropolitan area. Annapolis is an unsuspecting capital. It is small with a quaint and well-preserved colonial downtown that regularly attracts weekend visitors. My family and I enjoy spending our weekends visiting the museums in Washington, DC, or the Inner Harbor in Baltimore. Moreover, there is a fairly active scholarly community. There are constant calls to hear guest lectures at the Library of Congress or at neighboring universities. The region is a very vibrant place to live.

What projects are you currently working on? I am finishing my first monograph-length manuscript tentatively titled The Last Turtlemen: Labor, Conservation, and Boundary Making in the Maritime Caribbean. The book examines the ways Caymanian seamen made a living from hunting turtle, created a distinctive work culture, transformed the environment, and challenged the authority of imperial as well as national states throughout the circum-Caribbean from the late 19th to late 20th century. It is a transnational history that draws on archival and library sources from the United States, Cayman Islands, Great Britain, Costa Rica, Jamaica, and Colombia.

Have your interests evolved since graduation? If so, how? Absolutely. I never thought I would write a social history about turtle fishermen. My initial interests were centered solely on questions of race and identity formation. But I realized that I had an opportunity to tell an important story about maritime communities in the Caribbean often forgotten in histories of the plantation complex and postemancipation labor struggles.

Is there an article, book, movie, blog etc. that you could recommend to fellow AHA members?I still love the Cuban film director Tomás Guitérrez Alea’s 1976 classic The Last Supper that narrates how a plantation owner had 12 slaves reenact the last supper only to have them later rise up against the entire system. The film is set in the aftermath of the Haitian Revolution when Cuba revved up on sugar production. It remains current as historians continue to pay attention to Saint Domingue, Cuba, and Spanish America, more broadly, in the Age of Revolutions.

Why is membership in the AHA important to you? Annual conferences keep me updated on the field as well as staying connected to colleagues and friends working across the country or overseas. I also enjoy reading Perspectives on History, which consistently showcases the relevancy of our work in these tumultuous times.