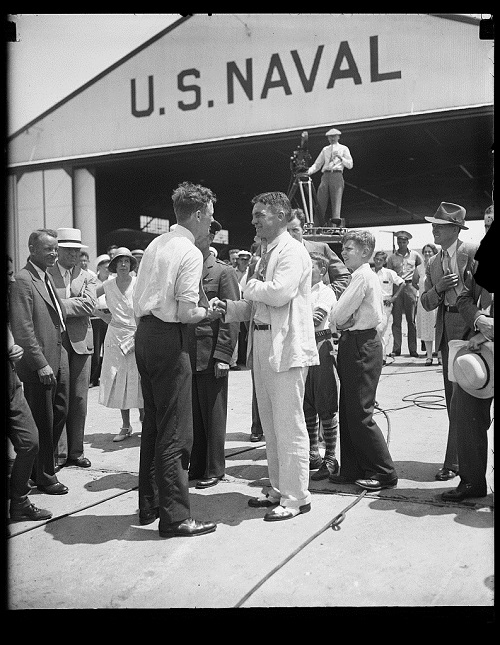 Seventy-three years ago, on December 4, 1942, a newspaper in Battle Creek, Michigan, then a town of 40,000 people 120 miles west of Detroit, ran a short piece with the headline “Million Jews Slain in Poland, Is Charge.” The United Press report from New York declared:

At least 1,000,000 Polish Jews have been executed in the “human slaughter houses” set up by the Nazis in Poland, it was asserted recently by Henryk Strasburger, finance minister of the Polish governmentin- exile.

What the rest of the world knew about the persecution and murder of the Jews is a longstanding question in Holocaust studies. In the US context, much of what we know about the reporting of the Holocaust comes from large urban newspapers. The regional and local papers from which many Americans received their news remain largely unexplored.

A new project launched in November by the United States Holocaust Memorial Museum (USHMM) is working to fill this gap. History Unfolded: US Newspapers and the Holocaust aims to build a searchable online archive of articles about the Holocaust that appeared in regional and small-town newspapers across the United States. By involving high school students, lifelong learners, and academics as volunteer participants in the process of discovery and digitization, the museum hopes to greatly increase our understanding of the transmission of information about the Holocaust across the country. Initially, the museum is seeking bibliographic information and images of articles related to 10 events during the years 1933–45. Starting with news of the opening of the Dachau concentration camp in 1933, the initial list includes events that happened in Germany and occupied Europe, as well as political news from the United States, such as the notorious speech given by Charles Lindbergh in Des Moines, Iowa, in 1941, and the establishment of the War Refugee Board in 1944. Once the project is fully underway, the list will expand to approximately 30 newsworthy events.

The Battle Creek Enquirer report of Strasburger’s account of genocide was uncovered by students in a local high school class that assisted the museum in piloting the project. David Klevan, the project education lead, says that while initial efforts have focused on working with high school teachers to involve students, anyone who is interested in participating can contribute. Volunteers can add information about the articles they find on microfilm or in print collections in their local libraries and historical societies via a website that collects bibliographical information as well as page images. Copyright considerations, however, mean that the museum has not included full transcription of the articles as part of the project.

So far, over 60 secondary school teachers and community college professors have expressed interest in participating in the project, as have a number of libraries, historical societies, and museums around the country. History teachers who led pilot groups report that students who participated felt a deeper connection to the events of the era than they had previously. For example, a high school teacher from Staunton, Virginia, described how, in addition to finding articles about the Holocaust, students found reports of local events while reviewing newspaper microfilms. This prompted spontaneous discussions among students about things that had occurred in Staunton at the same time as major world-historical events, and enabled them to localize a history from which they had previously felt removed. The teacher found that students were particularly invigorated by this blend of the local and the global. Undergraduates from George Washington University who were involved in the project also found it exciting to do work that had “real world” applications. 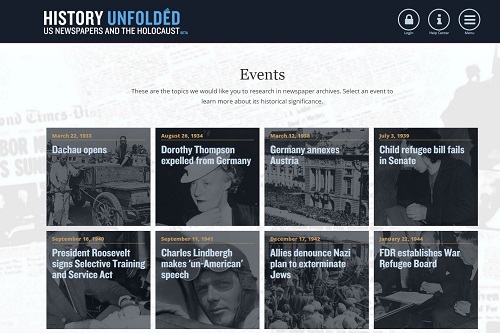 The museum intends to use the materials gathered by volunteers to develop a major new exhibition on Americans and the Holocaust, scheduled to open in 2018. While the details have yet to be worked out, Elissa Frankl, the project lead, envisions using the collected materials to allow visitors to search for their own towns and display what was reported in their local newspapers. The USHMM had never before tried to use the web as part of exhibition development and education. “In the past,” Klevan says, “it was much more common to think about the educational elements after an exhibition was complete, rather than as part of the conception and planning.” Building an educational element that involves learners in exhibit development also uses digital engagement to create a community around the work of the museum.

Mia Ridge, who recently completed a dissertation on crowdsourcing, or “citizen history,” at the Open University in England, explained in a paper given at the Institute of Historical Research in London that crowdsourcing is increasingly gaining popularity with cultural heritage institutions because it has “helped digitize and enhance millions of catalog records and primary documents.” Ridge emphasized, however, that it was important for these projects to provide “volunteers with opportunities to undertake meaningful tasks in environments with inherently rewarding activities or goals.” Barriers to participation in the USHMM project are greater than with projects where the materials are already digitized. In an era when many historians (both professional and amateur) have grown used to the convenience of being able to access vast amounts of digitized materials on the web, project participants in this work have to travel to libraries and archives, scan through microfilms, and manually create records. While this barrier may discourage some, it offers participants a rich set of learning opportunities, as well as the possibility of participating in the creation of a new and valuable tool for understanding how and what Americans knew about Nazi atrocities.

Seth Denbo is the AHA’s director of scholarly communication and digital initiatives. He tweets @seth_denbo.