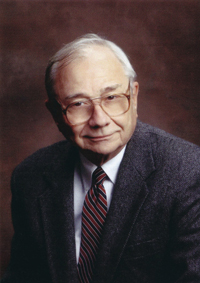 Historian of Antebellum and Urban America

Leonard P. Curry, a seasoned professor and scholar of US antebellum and urban history, died on August 31, 2013, at the age of 84.

Professor Curry’s major published works were significant contributions to the history of the United States; they include Blueprint for Modern America: Non-­Military Legislation of the First Civil War Congress (1968) and Rail Routes South: Louisville’s Fight for the Southern Market, 1865–­1872 (1969). In 1981 the University of Chicago published Curry’s best-­known book, The Free Black in Urban America, 1800–­1850. His last book was The Corporate City: The American City as a Political Entity, 1800–­1850, published in 1997. In addition to his books, Curry contributed numerous articles and reviews to the leading journals in his field, including the American Historical Review, The Journal of American History, The Journal of Southern History, The Journal of Urban History, and Civil War History.

At the University of Louisville, Professor Curry was the ideal departmental citizen. He served on numerous committees for the university and for professional organizations, in particular for the Southern Historical Association. At the University of Louisville, Curry helped found the PhD program in urban and public affairs, and taught the program’s required urban history course for years. In 40 years of teaching he inspired several generations of students to expand the rich tapestry of the United States’ past. Professor Curry’s colleagues will always remember him for his courtesy, good humor, and intellectual curiosity.