Getting It Right: “The Art and Craft of the Obituary”

Who gets an obituary? Who decides? How are they written? And how do obituaries frame and construct history? In a session organized by the National History Center as part of the series “Historians, Journalists, and the Challenges of Getting It Right,” a panel met on Thursday, January 2 to discuss the “Art and Craft of the Obituary” and address these questions. 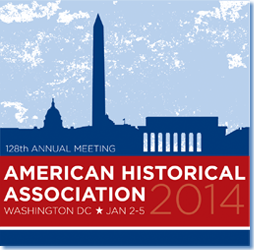 In his opening remarks, Martin Kaplan noted that obituaries have been called the source of some of the most creative writing to be found in journalism. Adam Clymer of the New York Times, drove this point home by reading from a Times obituary of N. Joseph Woodland, which begins, “It was born on a beach six decades ago, the product of a pressing need, an intellectual spark and the sweep of a young man’s fingers through the sand.” Woodland, we learn from this obituary, invented the bar code. We do not learn of his death until it is mentioned as an aside in the last sentence of the third paragraph.

As Janice R. Hume, author of Obituaries in American Culture, read from some of the obituaries she’d encountered in her research that involved more than 8,000 obituaries, it became clear that this careful attention to wording and construction has long been a part of obituary writing. But Hume also discovered changes in how the departed have been eulogized. In the 19th century, obituaries for men tended to center on how greatly they were esteemed by others. Obituaries for women tended to emphasize their Christianity. But the early 20th century, obituaries tended to emphasize how wealthy the deceased had been.

And who gets an obituary has changed over time as well. Adam Bernstein of the Washington Post noted that in the 1980s papers became more generally welcoming of obituaries of rogues, criminals, and the notorious. He referenced his 2007 obituary of Liz Renay, who he described as “a gangster’s moll, ex-con, author, painter, stripper, Hollywood Boulevard streaker, actress and charm school instructor.”

Obituaries have also changed as attitudes toward death and its causes have changed. Hume noted that 19th-century obituaries often avoided discussing causes of death, instead preferring euphemisms like “removed by the omnipotent author.” The Washington Post was one of the first papers to mention complications from AIDS as a cause of death, noted Bernstein, and Clymer remarked that cancer had once been unmentionable.

With so many of the policies and practices of newspapers regarding obituary writing on open display, I was reminded of why Perspectives on History tries to run In Memoriam essays on historians (any historian), even in cases when the deceased has already been memorialized in major newspapers. No matter how well crafted, a newspaper obituary can’t be what the Perspectives In Memoriam essays strive to be—a historian’s take on the life of a fellow historian.

We anticipate that C-SPAN will broadcast this panel on American History TV; watch this blog for announcements.