Fun with the Humanities

The Heart of the Matter, a report issued by the AAASR last fall, is about the future of the humanities, of which history is only one (although one important theme of our discussion with the audience was when we ought to be talking about history, specifically, and when we need to be, as Timothy Burke urged last week in a different context, asking much bigger questions.) We explored topics like assessment and testing, the defensiveness of the humanities about its own mission and worth in a world of work where few students will go on to pursue pure scholarship; the “silo” effect of campuses that keep us from useful collaboration or emulating people in other disciplines; the assumption that knowledge always flowed from the top down; humanists’ lack of interest in failure, a crucial category of analysis in the sciences; and the report’s understandable, but consequential, avoidance of questions and lines of inquiry that demanded engagement with politics and political leadership. 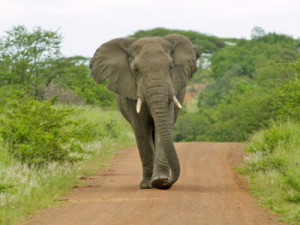 The report affirms that the humanities and social sciences are crucial to citizenship, leadership, the nurturing of a democratic public culture, the capacity to understand globalization in the 21st century, and even national security. The charge to the committee was to devise ten actions that could be taken to promote the knowledge; instead the report suggested thirteen values that ought to be affirmed.  The disconnect between the robust thinking we all do, prompted by such a report, and the concrete actions that might be taken to push scholarly and pedagogical projects forward was the first elephant to enter the room.

A second elephant who wandered in, looked around, and finally took a seat in the front row, was the report’s heavy reliance on digital scholarship and platforms as tools for conveying and promoting the humanities, but not as a field in and of itself that requires critical skills and promotes new kinds of literacy. My way of putting it was to flip the implicit question in the report: what can the digital do for the humanities? Instead, shouldn’t we put equal emphasis on questions about what the humanities can do for the digital? In addition to this, I think we agreed as a group that the report had a thin understanding of the cost of promoting robust digital archives and online collections, as well as the difficulties that members of the public might have in accessing these intellectual resources. In fact, the people who need them most may have the least access to them. By default, the report assumed the ubiquity of personal computing, (in the United States at least), even though we know that around 20% of American households do not have access to the Internet, and that cuts in public funding have reduced access to libraries where people might use web resources at no cost. Go here and here for data and analysis from the Census Bureau of the United States on personal computing and Internet use: not surprisingly, access to wireless communication differs radically by income and race, with many of the least privileged Americans having the least access to inexpensive access to information and education.

The MOOC elephant was in the panel the next room over, but the graduate education elephant came to our panel. A question about the defensiveness of the humanities in relation to the STEM fields promoted an ongoing discussion about what graduate students in the humanities do not learn as a regular feature of their training, and why this might be a problem. Grossman speculated that many humanities faculty reproduce their own hostility and insecurities about the STEM fields in new graduate cohorts. Others asked whether there were things we ought to admire and emulate. Visits to NEH and digital sessions in the past several days have underlined for me that in the sciences and social sciences, collaboration is taken for granted; and graduate students learn to write and manage major grants as part of their education. In history, on the other hand, working alone is often valorized as the highest form of intellectual life. Should we not be promoting collaboration from the first year of graduate school, putting humanists, scientists and engineers together to identify and solve important problems? Wouldn’t it make everyone smarter, and even more employable?

Susan Griffin made a particularly important point early on about rigor and standards in humanities education at the secondary level, which inspired a discussion of how these terms also circulate as important values, but with few concrete paths to realizing them. A second, and related point, is the extent to which many of the efforts to connect higher ed humanities professionals to improvement in secondary education proceed without any consultation with the educators who will be most affected by them and asked to respond to them in secondary school classrooms. Griffin also pointed to the opportunities digital tools and resources provided to disrupt the standard textbook (a history buzzkill for students in many cases), and support implementation of the Common Core.

The Money elephant was also wandering the room and something that, as Raael-Galvez pointed out, is a particularly urgent issue for historic preservation as it faces new interpretive challenges. The Heart of the Matter assumes, by default (and explicitly at one point), that there will never be any more public money available for education and public culture than there is now. Why? Most of us thought this question should, at least, have been asked: instead, the optimal financial mechanism for promoting history and the humanities is repeatedly described as “public-private partnerships.” What does this mean? And what are the consequences for intellectual life to rely so heavily on the selective participation of private entities? Have we made enough of the models that foundations have already promoted, and why have public funds not been dedicated to pursuing strategies that have already been successfully pursued with private funds?

If you were at the panel, please add what you heard in the comments section either here or at Tenured Radical’s original post here. As we wandered out of the room, one consensus view was that while the report pleased none of us, it had done a surprisingly good job at provoking a lively conversation about what ought to happen next.