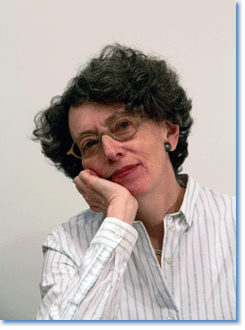 In the spirit of the popular "Member Spotlights" on the AHA Today blog, we put a few brief questions to the AHA's latest president-elect, Jan Goldstein, the Norman and Edna Freehling Professor of History at the University of Chicago (Goldstein's term as president will commence in 2014).

1. Why are you a historian?

I became a historian because I wanted to understand how people's particular temporal locations shaped the lives that they were able to lead. I think I may have been sensitized to the importance of the flow of time by the fact that I was the grandchild of immigrants from Russia and eastern Europe and was from an early age keenly aware of the different life trajectories of the different generations in my family. In my case, the axis along which I most wanted to plot change over time was the psychological one: how, I wondered, do our experiences of our selves depend upon our historical milieu? I've devoted a large part of my professional career to trying to answer that question, at least with respect to France in the 18th through the 20th centuries.

2. What are you working on now?

I've recently moved away from my previous focus on things psychological, but not from my pattern of treating France as my case study. I'm presently working on the rise of racial theory among French intellectuals in the mid-19th century, the rather sudden imperative they felt to employ that theory in order to be in tune with the times. I'm interested in using this phenomenon to historicize the problem of moral reasoning. History has shown us the disastrous moral consequences of conceptualizing mankind in racial terms, but how, if at all, did mid-19th-century thinkers view the potential moral hazards of such a conceptualization? What factors accounted for the heightened moral concern of some and the nonchalance of others? What were the language and logic of moral concern?

3. How have you been active in the AHA? What influence has this service had, professionally and personally?

I've served on the nominating committee and on two book prize committees. That service had a positive impact on me in that it forcefully brought home the point that there really was a "there there"—that is, a collectivity of people devoted to the study of history and organizing our common life together in accordance with shared values. At its best, associational life is exhilarating.

4. When did you attend your first annual meeting? What were your impressions?

I first attended an annual meeting in New York in the 1970s when I was a graduate student at Columbia—and one too junior to be involved in or actively worried about the job market. I remember being awed by the sessions and taking copious notes on what the panelists said, very impressed that I was privy to research findings that had not yet been published. I now look back on that earlier incarnation of myself with a touch of nostalgia.

5. What interests, concerns, readings, or activities do you have outside the discipline?

I read contemporary fiction, follow American politics closely, learn about (and occasionally purchase) Japanese prints, have a passion for walking in cities, and explore the French countryside in trips each summer with my husband.