The Public Practice of History in and for a Digital Age 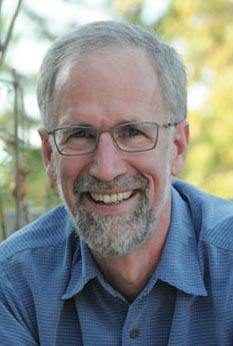 History, like the world itself, is changing in ways that none of us yet fully understands. Some of the changes look pretty exciting, some pretty scary, but all require our engagement if history is to remain relevant to the times in which we live.

Looked at in one way, what I've just written is among the most basic of historical truisms—so basic, in fact, that it hardly seems worth stating. History and the world are always changing, and no one ever really understands such changes while still swimming in their midst. That's why history is written retrospectively, not prospectively, since we can only know the meaning of a story once we can look back to see its end (which is never, of course, as simple as it sounds). It's also one of many reasons why history gets ceaselessly rewritten, over and over again. We gain new perspectives on events the further we get from them—and the ends of our stories can change so radically that the stories themselves become unrecognizable from what we thought they were before.

Truism or not, I want to assert that the times in which we live are different enough that both the practice and the profession of history are undergoing changes quite unlike any we have experienced before. I increasingly believe that the digital revolution is yielding transformations so profound that their nearest parallel is to Gutenberg's invention of moveable type more than half a millennium ago.

When I began thinking about this opportunity to serve the American Historical Association and my history colleagues for the next year, I knew from the outset that fostering conversations about the impact of the digital revolution on the practice of history would be among my highest priorities. I'm lucky to be following Anthony Grafton as president, since we agreed to form a kind of tag team encouraging the AHA and its members to think systematically about the digital transformation of our discipline. The 2012 AHA annual meeting in Chicago, with its theme of "Communities and Networks" and its many sessions exploring digital history, reflects Grafton's long-standing commitment to the history of information.

In the same way, the 2013 New Orleans conference theme reflects in part my own interests in environmental history. The theme "Lives, Places, Stories" is intended to encourage sessions that explore from every conceivable angle how we study former lives (human and nonhuman alike) at all geographical scales and in all historical periods by building arguments and crafting narratives to help make sense of the past in all its rich diversity. But before we jettisoned it as too wordy, the meeting theme had a subtitle: "The Public Practice of History in and for a Digital Age." It may be gone from the theme, but we're still encouraging sessions on this topic, and I have now taken it as the rubric for these columns for Perspectives on History.

What do I mean by "the public practice of history in and for a digital age"? Although I'm a fan of "digital history," that is actually not what I want to discuss in these columns. Instead, I'd like to ponder the many ways digitization is affecting everything we historians do. Even colleagues who never use a computer—who still take notes, analyze sources, and draft prose longhand on lined paper—now do so in contexts utterly different from the ones in which they first learned these skills.

Take, for instance, the research universities where many of us who now work as historians received our graduate training. One definition of such institutions that seemed pretty self-evident not so long ago was that (at least on average) the greater a university, the greater its library. One of the privileges of being associated with such places was having access to such libraries, which no academic discipline relied on more heavily than our own. Indeed, one could almost say that especially for those of us in the humanities, the essence of a university consisted of a group of professors and students gathered around a great heap of books.

Those days are gone forever. For disciplines that rely primarily on journal articles to communicate ideas—which now includes nearly all academic fields other than our own—the digitization of publishing has to a considerable degree eliminated the need for making physical trips to physical libraries at all. (Please don't misunderstand me here: library services remain just as essential as they ever were, but for journal-based disciplines these are increasingly delivered via computer screens rather than paper.) My personal library once had eight bays of shelves devoted solely to back issues of journals, including a complete set of the American Historical Review stretching all the way back to the 1940s. They're now gone, since it was easier to find articles online from my desk upstairs than to trek downstairs to my basement to try (not always successfully) to find them on paper.

The impact of digitization on books has been slower and subtler, and I'll be devoting two Perspectives columns to this crucial topic. Because historians have for so long relied on the monograph as our chief tool for sharing our work, the changes now occurring in the way we and our readers relate to books affect everything we do. I can only gesture at such changes in this essay, but to continue with my library theme, the collection now available via Google Books includes well over 15 million volumes, making it larger than Harvard's Widener Library and second only to the Library of Congress in size. Google has declared its intention to scan every book ever published, and although there are reasons to suspect that they may never reach this goal, it seems certain that digital libraries represent the future not just for journals but for books as well.

None of us really has a clue what that future looks like.

From one point of view, the new digital libraries represent an immense democratization of knowledge, since any student in any high school or community college can now access as many books online as students and professors at the most elite institutions were once uniquely privileged to possess on their campuses. One can now search and read books online that even a decade ago weren't nearly as accessible even at institutions lucky enough to own them—and no institution owned them all.

From another point of view, though, there is much to worry about in this picture. Longstanding legal and intellectual traditions of fair use and public domain access that have been absolutely essential to scholarship are being eroded in ways that few anticipated. Even the ability of historians to quote from primary documents is more at risk today than ever before, with the possibility that significant swathes of the historical record may essentially become privatized at the very moment when open access seemed about to triumph.

More worrisome still, the very act of reading is undergoing such subtle and sweeping changes that it's hard to know what it will look like 10 or 20 years from now. Not only are readers gaining more and more of their "content" via screens rather than paper; they are doing so in ever smaller and more fragmented bites that undermine the richly contextualized interpretations and narratives of traditional history writing. When I reflect on how little time my students now spend reading books—indeed, how much less time I devote to such reading than when I was younger—I worry that the human ability to navigate book-length texts may be diminishing in ways that could have worrisome consequences for the long-form prose we historians cherish.

I'll be using my "From the President" columns to explore these and many other questions: how public understandings of history differ from those of practicing historians in a digital age; how the Web is redefining professional authority and the meaning of "antiquarianism"; how the power of digital search has surpassed (maybe even overwhelmed) our tools for analysis and synthesis; how we might want to revisit the Whig interpretation of history as we assert the continuing relevance of the past for this postmodern age; and, not least, how all these things affect that most essential of our audiences, the students who represent both the future of the discipline and its future public as well.

But let me close by gesturing at one other aspect of history that is undergoing myriad changes as a result of the digital revolution: professional organizations like the American Historical Association itself. Most of the largest of these came into being in the United States during just a few decades following the Civil War, when the "traditional" academic disciplines were institutionalizing for the first time. The AHA, founded in 1884, is among the oldest. From the beginning, and especially following the expansion of the Cold War decades, the business model that has sustained such organizations has involved income from a few key sources: journals; newsletters; meetings; job markets; and—crucially—memberships for individuals seeking access to such services.

All of these income sources are now in question. As journals become digital, individuals with institutional affiliations feel less need for personal copies. Although meetings are still vital experiences for many of us, reductions in travel budgets and alternative digital communication technologies raise doubts about what such gatherings will look like in the future. Job markets are becoming more digital as well. And, of course, the Web is becoming ever more central to the ways organizations like AHA need to serve their members if they are to remain relevant.

Please understand that I feel no sense of despair about any of these changes. Quite the contrary. The challenges we face are enormous, but they are also among the most exciting I can imagine, since they ask us to revisit our most basic assumptions about why we do this work, why it matters to the world, and how we can make sure it contributes as much to the human future as it has to the human past. The task ahead is literally to reinvent the AHA, and with it, our entire profession. It's an exhilarating if daunting prospect, and I'm eager for the conversations that lie ahead.

William Cronon (Univ. of Wisconsin–Madison) is the president of the AHA.

William Cronon, president of the American Historical Association for 2012, is the Frederick Jackson Turner and Vilas Research Professor of History, Geography, and Environmental Studies at the University of Wisconsin–Madison. He received his BA degree from the University of Wisconsin–Madison, a DPhil from Oxford University, and an MA, MPhil, and PhD from Yale University. He is the author of numerous award-winning books, including Changes in the Land: Indians, Colonists, and the Ecology of New England and Nature's Metropolis: Chicago and the Great West. Cronon has received many awards and fellowships, including the Bancroft Prize and the MacArthur fellowship. He has served as the vice president of the AHA's Professional Division, and as the president of the American Society for Environmental History.

Apart from U.S. environmental history and historical geography, Cronon is also interested in the history of the U.S. West, frontier history, digital scholarship, and the public practice of history, which he has taken as the main rubric for his columns in Perspectives on History. His interest in digital history extends to practical aspects as well, as he has his own web site, www.williamcronon.net, where among other noteworthy features are web pages aimed at students entitled "Learning to Do Historical Research." Cronon believes strongly that research, teaching, and public understanding of the past need not be in competition with each other, and that helping people better understand relationships among past, present, and future is among the best gifts historians can offer the public.