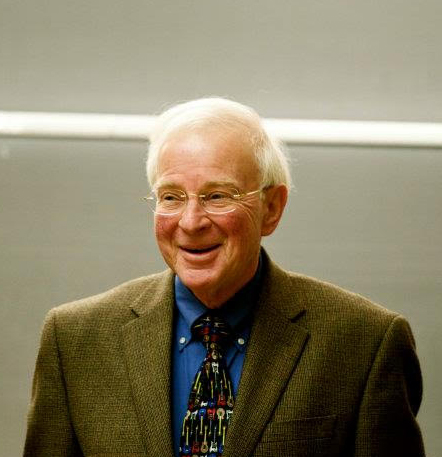 Richard Polenberg, historian of modern America, died on November 26, 2020, in Ithaca, New York. He served as the Goldwin Smith Professor of American History and the Marie Underhill Noll Professor of History Emeritus at Cornell University, where he taught from 1966 to 2011. A pillar of the Jewish community in Ithaca, he also served three times as president of Temple Beth-El.

Born in 1937, Dick Polenberg received his BA from Brooklyn College in 1959, where he worked under John Hope Franklin, and his PhD from Columbia University in 1964, where he studied with William E. Leuchtenburg. Following the direction of these distinguished scholars, Polenberg produced a wealth of impressive scholarship over his long and productive career.

His research shined much-needed light into obscured corners of American political and legal development, from his first book, Reorganizing Roosevelt’s Government (Harvard Univ. Press, 1966), through his late-career constitutional studies Fighting Faiths: The Abrams Case, the Supreme Court, and Free Speech (Viking Press, 1987) and The World of Benjamin Cardozo: Personal Values and the Judicial Process (Harvard Univ. Press, 1997). While Polenberg’s innovative work in these fields drew considerable praise and prizes—Fighting Faiths won the American Bar Association’s Silver Gavel Award, among others—he was better known for his impressive works of synthesis, in which he used his prodigious gifts for narrative and analysis to bring the past alive for generations of students and general audiences. His early masterpieces War and Society: The United States, 1941–1945 (Lippincott, 1972) and One Nation Divisible: Class, Race, and Ethnicity in the United States since 1938 (Viking Press, 1980) were long mainstays in undergraduate lecture courses. A more recent publication, The Era of Franklin D. Roosevelt, 1933–1945 (Bedford/St. Martin’s Press, 2000), remains one to this day.

In retirement, Polenberg returned to his lifelong love of music, especially folk and blues. He hosted a blues program on Cornell’s online station Slope Radio and, to his everlasting pride, performed with Pete Seeger at Seeger’s home on the Hudson River in 2009. Polenberg often lectured about him and other musicians he admired, performing their songs as he did. These interests inspired his final publication, Hear My Sad Story: The True Tales That Inspired “Stagolee,” “John Henry,” and Other Traditional American Folk Songs (Cornell Univ. Press, 2015).

Beyond his accomplished record as a researcher and writer, Polenberg was a gifted lecturer and an incredibly popular teacher at Cornell. His lecture courses often enrolled more than 1,000 students each semester, forcing the university to schedule his classes in large concert halls. Not surprisingly, he won the university’s Clark Award for Distinguished Teaching and the admiration of countless Cornellians. His passion for teaching carried over into his retirement, when he taught for several years at the Auburn Correctional Facility as part of Cornell’s Prison Education Program. He found the experience incredibly rewarding, and the letters he treasured from his students there show they did as well.

Polenberg was also a devoted mentor and generous teacher of graduate students, including me. His graduate seminars were an utter joy, for him as much as for us, and his presence in our lives a constant source of calm and encouragement. The word “mensch” invariably comes up in conversations about him, with memories of a thoughtful gesture or a well-timed kindness brought forth. He truly delighted in the experiences of academia—the research, the writing, and most of all, the teaching—and seemed in slight awe of the fact that he was lucky enough to spend time with us, whether we were professors, prisoners, or Pete Seeger.

It seems somewhat fitting that he passed away on Thanksgiving Day, after a lifetime giving thanks that he was able to do this work. So many of us give thanks that we were able to share a small part of his life as well.