Al Camarillo is professor of history and the Leon Sloss Jr. Memorial Professor emeritus at Stanford University. He lives in Menlo Park, California, and has been a member of the AHA since the early 1980s. He won the AHA’s 2016 Equity Award. 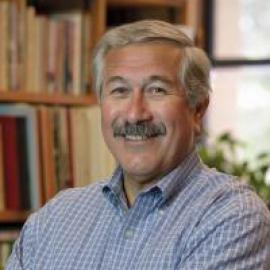 Describe your career path. What led you to where you are today? As the first PhD trained in American history with a focus on Mexican-origin people, my career path has involved the development of new fields of historical inquiry in the academy. As one of the founders of Chicano/Mexican American history and early contributors to comparative studies in race and ethnicity, my career for over 40 years has been dedicated to building the intellectual foundations of new historical subfields and training new generations of historians (26 PhDs). Helping to create the institutional infrastructures at Stanford in ethnic studies (as founding director of the Center for Comparative Studies in Race and Ethnicity) and across higher education (founding director of the Inter-University Program in Latino Research) has also been a hallmark of my work since 1980. Motivated to establish fields of historical knowledge neglected and/or forgotten by traditional scholarship, I am proud to have been a part of initiatives to expand and broaden the discipline and to diversify the historical associations that support teaching and research.

What do you like the most about where you live and work? Spending my entire career at Stanford and raising a family in Menlo Park afforded me opportunities an earlier generation of Mexican Americans, and people of color in general, could not have envisioned. Stanford University in particular, and higher education in general, changed in fundamental ways for the better during the decades I had the privilege of serving on the faculty. The San Francisco Bay area, in addition, is an amazing setting to live and work.

What projects are you currently working on? Vicki Ruiz (my first PhD) and I are co-authoring a biography of Luisa Moreno, a pioneer Latina civil rights and labor leader of the 1930s and 1940s. I am also writing an autobiographical account of growing up in the city of Compton and returning there as an academic 30 years later to learn how the city had changed over time (Going Back to Compton: Reflections of a Native Son on Life in an Infamous American City).

Have your interests evolved since graduation? If so, how? I started my career as a historian focusing exclusively on Mexican-origin people in the US and made the shift to placing this group within a broader comparative framework of ethnic and racial group history, which helped to reorient my work for the past 20 years.

What’s the most fascinating thing you’ve ever found at the archives or while doing research? I have conducted hundreds of life history interviews with Mexican Americans and African Africans in Compton over the past 15 years and these stories have opened up fascinating vistas of the lived experience that I could not have ascertained via traditional archival research.

What do you value most about the history discipline? I value most how historians are constantly interpreting and reinterpreting the past in creative and innovative ways that help us understand the complexity of history.

Why is membership in the AHA important to you? The AHA, as the one organization that represents the entire spectrum of fields of historical inquiry, is a foundational organization for historians of all stripes. It provides rich resources and opportunities for all practitioners of history.

Do you have a favorite AHA annual meeting anecdote you would like to share? When I was a first year graduate student at UCLA, and among the first cohort of Chicano graduate students studying Chicano/Mexican American history, one of my mentors at UCLA (Norris Hundley) strongly recommended that I begin my conference experience by attending the Pacific Coast Branch meeting of the AHA in 1971. When I asked him why, he replied, “because you can help make the PCB-AHA a better association that serves Mexican American historians like you.” Norris was absolutely right.