The letter slipped through the mail slot of her townhouse. It must have been hand delivered; the white envelope had no stamp and no return address, just her name in gold embossing. When she pulled out the single sheet of paper inside, her eyes narrowed with confusion.

We are impressed by your work as a historian and have selected you to host The Dinner Party. No expense will be spared. You may invite six people, living or dead, who represent the whole of American history. Please submit your names in the enclosed card no later than April 23, along with your three preferred dates. 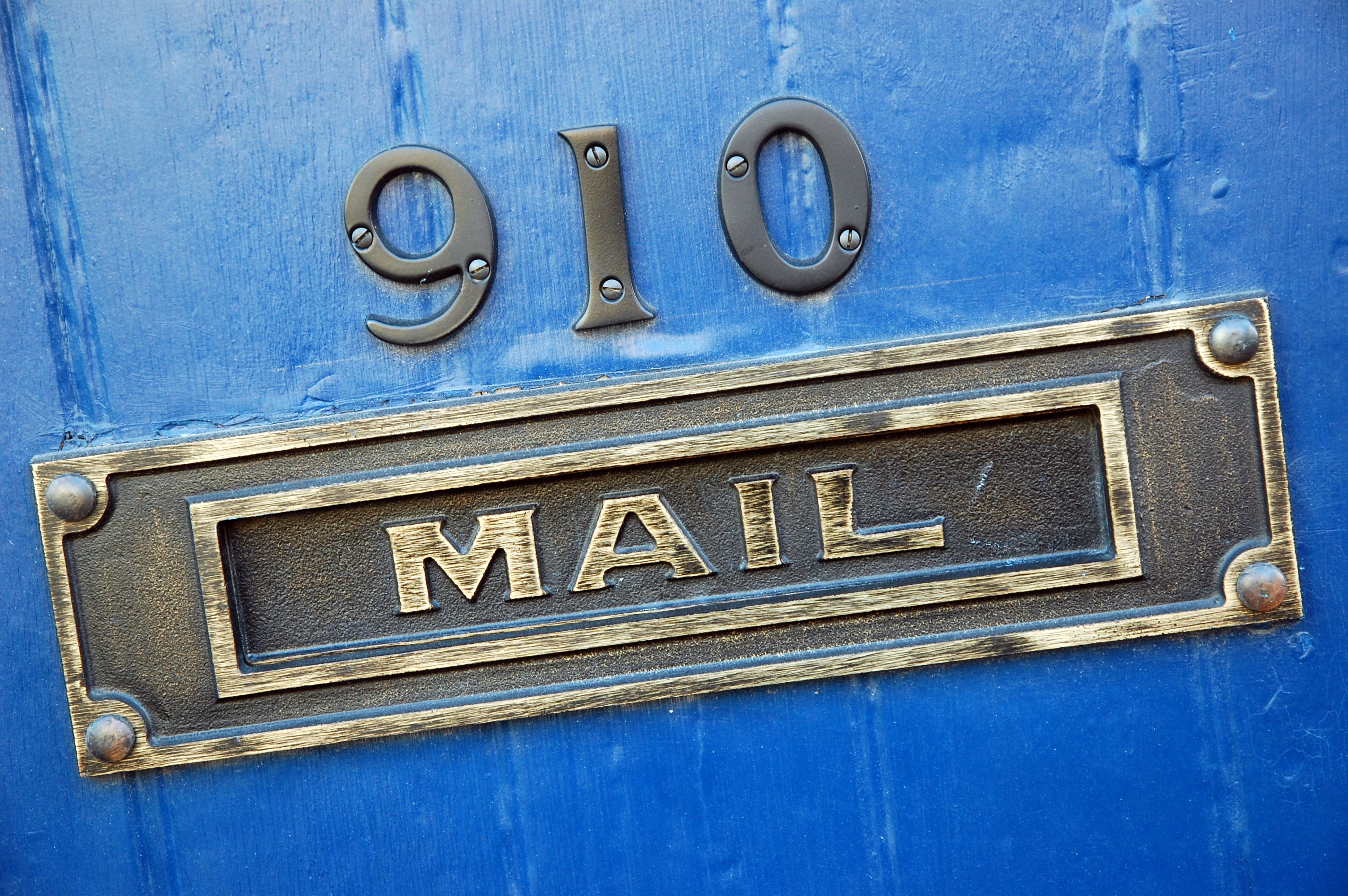 If you could invite six people from history to a dinner party, who—and how—would you choose? Steve Snodgrass/Flickr/CC BY 2.0

Today was April 1. It had to be a prank.

On April 5, another letter arrived, this time with a URL. At first, she tried to ignore it, placing it with the first letter on top of a pile of discarded mail. But within minutes, she had her laptop open, the web page loading.

Like the card itself, the site was austere, a white background with simple lettering. The website, however, had a list of dates and locations going back nearly 100 years. She clicked on a link from 1928, leading to a list that included the still alive—at the time—Sergeant Alvin York and Standard Oil’s John D. Rockefeller, along with George Washington. Her list would have included Dr. Susan La Flesche Picotte or Bhagat Singh Thind.

Scrolling down, she went to 1943. Invitees included Presidents Lincoln and Wilson, and Charles Lindbergh. Why didn’t any of these lists include activists like Jane Addams or journalists like Ida B. Wells and Jovita Idar?

She didn’t believe that magic existed. Bringing dead people back to life? That was not possible, and yet . . . Opening another tab, she searched for “The Dinner Party.” She came upon the infamous 1970s Judy Chicago installation that looked to tell women’s stories at the Brooklyn Museum. But nothing about mysterious dinners thrown by historians. She then lost 30 minutes reading a Reddit thread about reanimation of the dead.

She clicked back to The Dinner Party website. As her eyes tracked over the screen, she noticed a tiny mark in the corner. When she selected it, a log-in prompt popped up, with two words at the top of the window: “The Archive.” The cursor blinked once, twice, three times. This was ridiculous. She closed her computer.

Bringing dead people back to life? That was not possible, and yet . . .

On April 10, another card arrived. This time, it listed a username and the words “six people.” She tried again to log in to The Archive, with immediate success.

As with the main screen, there were the individual dates and lists. But each entry also included attachments. There were scans of newspaper articles and, in later years, audio and video files. She rubbed her eyes. Yup, there was a photograph of W. E. B. DuBois sitting at a table with . . . was that John Glenn and Amelia Earhart? She checked the photo and confirmed it had been taken in 1973.

She wasn’t really going to consider this as real, right? On April 15, she got a replica of the April 1 letter with the handwritten annotation “This is real.”

Since it was a Saturday morning, and procrastination wasn’t her favorite thing, she sat down at her coffee table, opened her notebook to a fresh page, and wrote the numbers one through six. Now that she was taking this seriously, a new set of questions came up.

Why just American history? And if you accepted the premise of the question and thought of American history proportionally, then her first four invitees needed to encompass critical figures in Indigenous history prior to contact. But then who? Indigenous people were not a monolith, and then that left two people for the next 400-plus years.

At one time in her life, this list would have been ignorantly easier: Thomas Jefferson, Susan B. Anthony, Harriet Tubman, Sacagawea, Theodore Roosevelt, and Martin Luther King Jr. Today, she knew how limited that list was.

Yanking open the door, she yelled, “Aha!”—only to find an empty front stoop.

Her thoughts paused at the sound of someone coming up her walk. Jumping to her feet, she was nearly down her front hall when another card floated through the mail slot. Yanking open the door, she yelled, “Aha!”—only to find an empty front stoop, clear sidewalks, and a quiet street. The card included another reminder. Pushy.

When she went out with her friends on April 16, she put the question to them. Bobby went with music history, rattling off a list of musicians who represented hip-hop in the United States. Rebekah and Jeremy identified people (not only Americans) who contributed to inflection points of colonialism and capitalism. Sara and Sarah debated the way artists inspired by the past wrote or painted the violence and inequities they observed.

All were valid choices. She sighed, went home, and found herself still staring at the blank sheet of paper at 4:00 a.m. At 10:00 a.m., she awoke with a start, amazed at the complete list before her.

The list was imperfect. So many silences, so many missing stories, but still . . . this could work. The card never said the people had to be real. Sometimes novels told you more about a moment than someone who lived in that time. After all, context and repercussions mattered.

On April 18, there was a bland voice mail on her phone: “Ms. ____. This is a reminder to complete your dinner party guest list in five days. Remember—they must represent the entirety of United States history.”

She huffed and was more than a little creeped out. What if she didn’t accept the premise of the question? Why did there have to be only six people telling the whole American history? Weren’t all our stories connected?

And really, what did she have to lose by not following the rules? She grinned and wrote out six words instead:

“It’s time for a bigger table.” 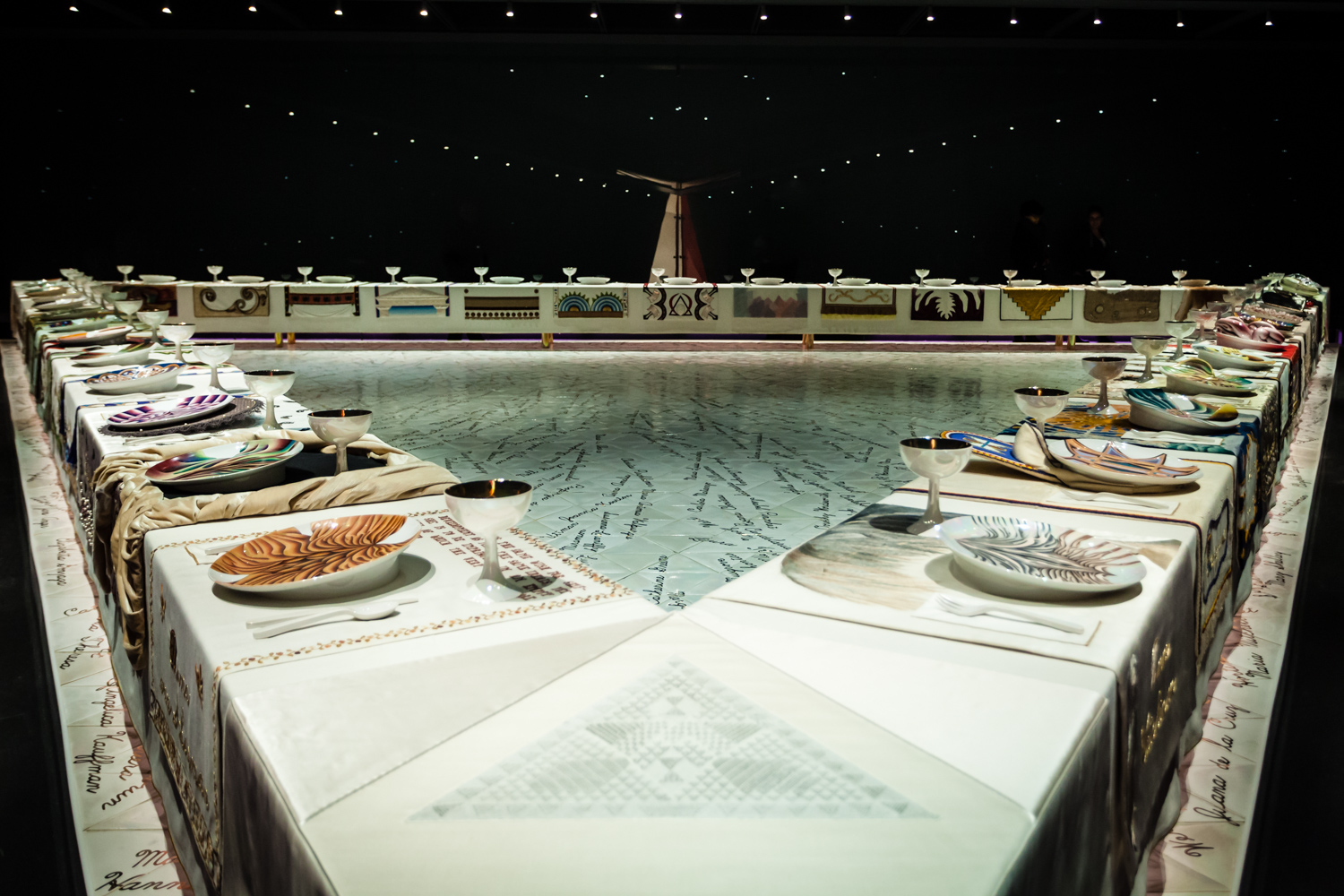 Priya Chhaya is associate director of content at the National Trust for Historic Preservation. She tweets @priyastoric.