Exploring Systemic Racism and the AHA

Black Lives Matter and other global movements for racial justice have forced a reconsideration of how institutions and organizations understand their histories. The next essential step is to use that historical knowledge of past engagements with systemic forms of racism and discrimination to imagine a different kind of future. 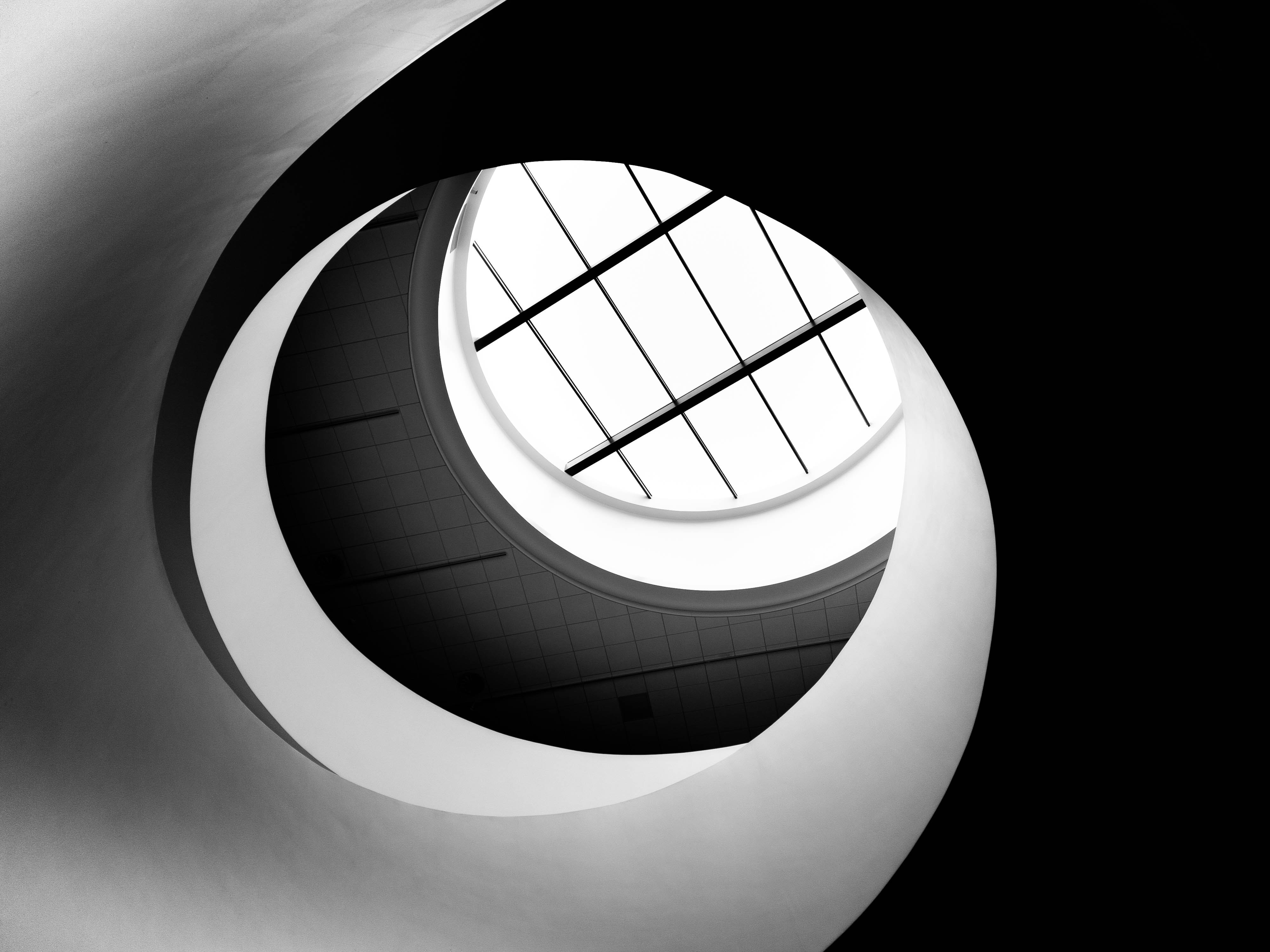 Digging into the AHA’s history sheds light on how the Association’s leadership, annual meetings, and priorities affected underrepresented historians and histories. Mike Hindle/Unsplash

The AHA is no stranger to this landscape. Through advocacy statements, letters, amicus curiae briefs, and lawsuits, the Association has addressed access to historical sources, academic freedom, and the politicization of school history curricula, among other issues. In January 2021, the AHA announced the Racist Histories and the American Historical Association project, “an initiative to document and reckon with the Association’s role in the dissemination and legitimation of racist historical scholarship that has had a deep and lasting influence on public culture.” As Sarah Weicksel and James Grossman wrote in Perspectives, “By undertaking this project, the AHA seeks to understand and document the complexity of its role in the evolution and persistence of American racism in order for the organization, and for historians, to use our knowledge and professional resources to chart pathways to a more just and equitable future.”

As part of this process, the AHA invited the University of Michigan (UM) Department of History to partner in an investigation of the Association’s record of discrimination, exclusion, and marginalization. We leaped at the chance to use our History Lab model for this “client-based” project. History Labs are project-based courses, often developed with community partners, designed to engage students in collaborative research projects with public-facing results. They seek to mobilize historical research in ways that help students deploy these skills outside the academy. This initiative began in the undergraduate curriculum and is part of our strategy for rethinking both graduate education and career diversity. The result of the AHA’s invitation was the spring 2021 graduate course Inside the AHA: Race and the Institutional Histories of the American Historical Association. The Association provided a project brief and asked us to write a research-driven report for the AHA Council that would inform the larger Racist Histories and the AHA project. Our students will present some of their findings at the 2022 AHA annual meeting.

We chose to focus on 1884 to 1976, from the AHA’s founding to when John Hope Franklin served as its first African American president. In preparation, we hired two graduate students to build bibliographies on topics around which we might structure the syllabus, readings, and project timelines. These topics included the rise of history as a discipline; African American, Native American, and women’s histories; empire, race, and nation; Indian boarding schools; slavery and Reconstruction; and individual figures, particularly Frederick Jackson Turner, Woodrow Wilson, Anna Julia Cooper, Carter G. Woodson, Angie Debo, and William Archibald Dunning. We chose core readings to give students a common background and dedicated the first few sessions to best practices in doing collaborative and client-based research. With periodic consultations with AHA staff, including project director Weicksel and research coordinator Melanie Peinado, the team explored these topics and discussed what sources and insights the AHA could provide as we moved forward. We also studied institutional history projects at Brown University, Georgetown University, and Johns Hopkins University. COVID-19 meant we could not travel to archival depositories and the AHA staff could not retrieve AHA archival records from the Library of Congress. But we made ample use of the AHA’s digitized records, including annual reports and meeting programs.

With her expertise in African American history, Angela Dillard provided the historical context and specific knowledge of racist historiographical narratives that shaped American history. As a medieval historian interested in the leadership of local institutions, Katherine French is used to looking at a group’s leaders and memberships over time to understand what attributes enabled individuals to become leaders and what qualities groups valued. French led our team in tracking information about AHA leadership and the annual meetings. The class collectively documented information about the education, employment, and fields of expertise of AHA presidents and elected Council members. We tracked annual meeting locations to see whether host cities had Jim Crow laws, and we documented the consequential obstacles to participation that this presented for people of color. We examined programs to learn which meetings included papers on African American and Indigenous history. This data provided not only evidence for what kinds of scholars and schools dominated AHA leadership but also a way of understanding what professional history meant to the Association. Reading against the grain and including the election of the first woman to the Council (Lucy Salmon in 1916) and the first woman president (Nellie Neilson in 1943), we documented the absence and lost participation by historians of color and those working at small schools or normal schools or outside the academy.

The leadership profile grounded our investigation. We explored questions of absence, loss, and marginalization with three case studies. The first asked what the AHA would have looked like from the perspective of Anna Julia Cooper, the first African American woman to earn a doctorate in history. The second focused on Carter G. Woodson, widely regarded as the “father” of Black history, who founded the Association for the Study of African American Life and History (ASALH) in 1915, and ASALH’s complicated relationship with the AHA. The third examined scholars doing Indigenous history, their institutions, and their circumstances. This last case study included a number of women historians, both white and Indigenous. The highly gendered nature of the field and the relationships of women historians (including Angie Debo and Annie Heloise Abel) to men who held power in the AHA and the academy (such as Frederick Jackson Turner and Edward Everett Dale) were rich sources of unexpected and intersectional insight. These case studies provided us with ways to think about the AHA from the perspectives of the excluded and the marginalized.

The remainder of our collaborative work was structured by three broad themes outlined in our syllabus. Each student took charge of one theme and produced a recommendation for our final report. While the themes started out as separate and distinct, the students’ findings quickly overlapped and influenced one another’s research.

Our first theme was the AHA’s role in the rise of the history profession in the United States. Stephanie Yoon, a first-year graduate student studying medieval history, the history of medicine, and Native American history, identified key issues motivating the AHA’s founders. She documented which topics constituted acceptable historical topics and who got to be counted as a historian. Combining insights from the case study on Debo and Abel with additional archival research in AHA records encouraged her to track presentations on Native American history at the AHA annual meeting. At the same time, she tracked scholarship and book reviews on Native American history, particularly by women, whose careers and scholarship typically fell outside the AHA’s recognition.

Each student took charge of one theme and produced a recommendation for our final report.

While Turner featured in Yoon’s analysis, his frontier thesis was the center of our second theme. Bethany Donovan, a fourth-year PhD student who is writing a dissertation on counterfeiting, falsity, and manufacturing in medieval London, followed Turner’s multifaceted involvement with the AHA and the councillors and presidents in his network of colleagues and graduate students. Donovan also explored the ways that his narrative drove conceptualizations of American history and westward expansion that justified settler colonialism and US imperialism. Often working in tandem with Yoon, Donovan’s research also emphasized the occlusion of Native Americans and women in historical narratives, overlapping with and bolstering our first theme about the rise of the discipline.

Our third theme focused on the Dunning School—a subject already familiar to Matthew Carlos Stehney. A first-year graduate student specializing in US social and economic history, race, and power, Stehney used our data to illustrate the institutional and scholarly dominance of William Archibald Dunning (AHA president in 1913) and his influence over the study of slavery and Reconstruction. Drawing from the case study on Carter and the ASALH, Stehney highlighted the anti-Dunningite scholarship of W. E. B. Du Bois and how, despite these counternarratives, the Dunning School came to represent the quasi-official historical position of the AHA. This was true, too, he found, of the American Historical Review—whose institutional history is part of the broader Racist Histories and the AHA project.

What we present here is only the tip of our research iceberg, and we look forward to sharing more during our annual meeting session. Our students gained valuable experience in the rigors of collaborative research and writing. There were also lessons in working with clients and in the production and presentation of a final product—on deadline—that meets the needs of an institutional partner, while also reflecting our best efforts as scholars. Despite the seminar’s success, we remain chastened by the limits of what can be accomplished in a single semester. Future research should explore the occlusion of scholars from additional demographic backgrounds, including Asian American, Latinx, and LGBTQ+ identities. A key takeaway for us, and for UM’s History Labs in general, is that the skills of a historian are not solely dependent on prior historical knowledge. Our team came away convinced of the transferability of historical research methods in direct and concrete ways as we drew on our own fields and areas of expertise to explore patterns of discrimination and marginalization within the history of the AHA and across the historical profession.