So: you’re coming to New York City. Maybe for the first time; maybe the hundredth.  However well you know the terrain, there’s always more to learn—that’s one of the city’s principal charms, and for newcomers, its principal terrors. “Give me such shows,” wrote Walt Whitman, “give me the streets of Manhattan!”

The AHA aims to give you not only the streets of Manhattan but the streets of Queens, the Bronx, and Brooklyn too, with 28 planned tours highlighting the city’s history and historical resources. Because your fellow travelers will be fellow historians too, the tours can connect you with colleagues outside the confines of a conference room. The Sheraton and Hilton hotels will be warm, clean hosts, to be sure—but as the lovingly sardonic local writer Fran Lebowitz puts it, “When you leave New York, you are astonished at how clean the rest of the world is. Clean is not enough.” 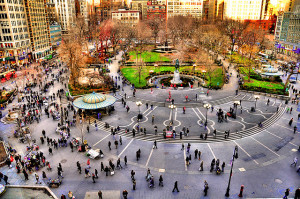 You’ve enjoyed a big breakfast and a thought-provoking panel; now bundle up and join a Big Onion Walking Tour, which the Village Voice named 2014’s “best place to take out-of-town guests.” Big Onion’s tour of the Upper West Side could introduce you to the delicate voice of singer Florence Mills and the highways and parkways of master-builder Robert Moses, as well as the Dakota and Lincoln Center. Or let Big Onion take you downtown to Greenwich Village to raise a ruckus at the Stonewall Inn before sobering up at the Jefferson Market Courthouse and the famed “Hangman’s Elm.” Venture further south to Brooklyn, where the Big Onion teams up with the Brooklyn Historical Society to survey the city’s first Landmark District—Brooklyn Heights—while unearthing the neighborhood’s agricultural roots and its development as the country’s first suburb. 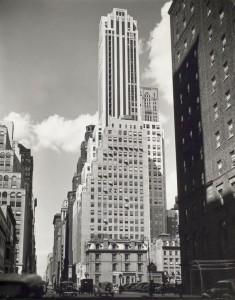 Do you admire mid-century style and already mourn the impending end of Mad Men? Join the Museum of the City of New York for the tour Mac Conner, a NY Life, and discover an ad-man who helped redefine modern graphic history. Maybe you’d prefer to study the sorts of social activism that brought the era of high-society Madison-Avenue men to its messy close? Try the Museum’s Activist NY tour. Or research the cultural collision of both eras in the Museum’s unparalleled Theater Collection.

Check out the complete list of tours and sign up. Yes, every American city has its own claim to a place in the nation’s historical memory. And yet, one would be hard pressed to deny the centrality of this city’s unclean streets to the country’s overheated history. Take a tour and decide for yourself—or better yet, hash it out with a new friend or trusted colleague.