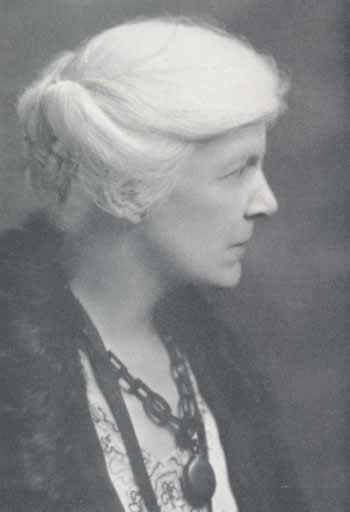 Many of the stories we heard during Women's History Month were of "firsts"—of pioneers and trailblazers. Often these stories get cast as turning points and new beginnings, as if once the barriers were knocked down, a new world suddenly appeared. But the story of Nellie Neilson, the American Historical Association's first female president, shows how halting and sporadic change can be.

Nellie Neilson had first been nominated for the presidential position at the AHA in 1932, but wasn't elected until 1943. And then, even after the long process of lobbying and persuading the historians of the United States that the profession would not collapse into utter ruin with a woman at the helm, even after her successful term, another woman would not serve as president until Natalie Zemon Davis in 1987. As Jacqueline Goggin wrote in the American Historical Review, "these gains were fragile," and, she continued, they reminded her of Jesse Bernard's description of the "flowing and ebbing tides" of women's fortunes in the professions.

Neilson was also the first woman to have an article published in the American Historical Review, in 1897, under the gender-obscuring byline of "N. Neilson." Her "Boon Services on the Estates of Ramsey Abbey" began humbly, with the disclaimer that "facts are at present more needed than conclusions." But the article already pointed toward new and remarkable interpretations of medieval English history, and a remarkable career for Neilson.

Hired as an instructor at Mount Holyoke College in 1902, Neilson was a full professor and chair of the Department of History and Political Science by 1905. Granted wide freedoms by her college, she became preeminent in her field. Still, while her male peers could accept her scholarship, they had a much harder time accepting women's leadership. Between 1900 and 1920, the proportion of women in the AHA's membership ranged from 15 to 20 percent. The AHA was obviously accepting an increasing number of women as members, and regularly honored their scholarship. But this seeming acceptance and recognition was not evident in the disproportionately small number of women on the American Historical Review's editorial board, on committees, and even at the annual meeting. Simply being a brilliant historian was, many women realized by the end of the 1920s, insufficient.

In the early 1930s, Louise Phelps Kellogg secured a spot on the AHA's Nominating Committee, and came under intense pressure from many women and a few men to nominate Neilson for the presidency. Neilson got an appointment to the board of the American Historical Review instead. Being brilliant and having advocates in important positions was also, it turned out, insufficient.

Neilson's presidency was ultimately made possible by a group effort. The Berkshire Conference of Women Historians, which had been formed in 1930, advocated for more women in leadership posts. It successfully promoted and increased the presence of women at the AHA annual meeting throughout the 1930s, and started organizing on behalf of Neilson's presidency in 1938. These efforts finally succeeded in 1942.

The achievement wasn't simply due to Neilson's sheer competence or pluck, and it wasn't just the result of women working within the system. As noted by Julie Des Jardins, the fight over Neilson's presidency "taught women historians about collective action." The AHA had opened its highest levels to women, but at the same time showed them the long road ahead.

Allen Mikaelian is the associate editor of Perspectives on History and the AHA's coordinator of media relations. A version of this article appeared on AHA Today on March 13, 2012, to mark Women's History Month.