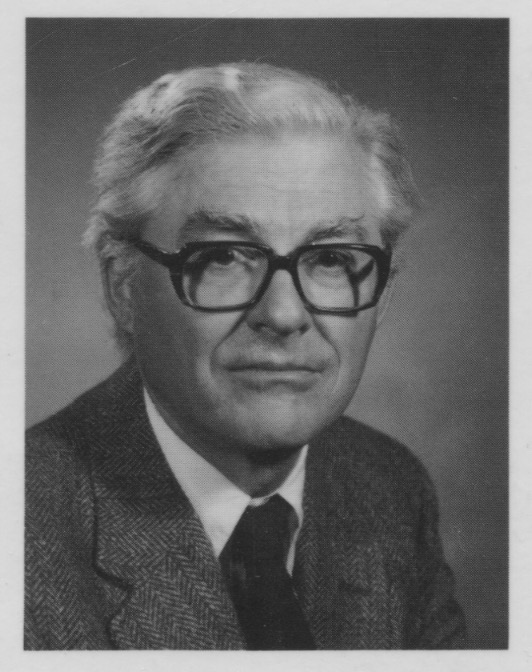 Born in 1925, Mo (as his colleagues knew him) was educated at the Hotchkiss School and, as both an undergraduate and graduate student, at Princeton University. He served in the US Navy at the end of World War II and earned his PhD in 1950. After teaching at Princeton and the University of Illinois, he joined the history department of Douglass College at Rutgers in the mid-1960s. When he arrived, Douglass was the largest women’s college in the country, and he was an important advocate for the college and for women’s education, helping to establish and support an array of important initiatives, programs, and student awards. He went on to chair the Douglass department (before Rutgers consolidated the college departments in the early 1980s), and he remained deeply committed to Douglass’s mission. He was a legendary teacher who used skills honed during his Hotchkiss student-theater days to deliver stylish lectures seemingly without notes, though he’d in fact composed them in full and memorized them. In 1987, Lee was appointed to the Margaret A. Judson Professorship, named after his distinguished predecessor in Tudor-Stuart history at Douglass, and in 1994, he received an honorary doctorate from the University of St. Andrews.

Over the course of 60 years of prolific research, Lee helped transform the historiography of early modern Scotland. The core of Lee’s scholarly achievement was a sequence of five major books published between 1953 and 1990 on Scottish political history during the reigns of James VI and Charles I, which established a foundational analytical narrative from the deposition of Mary, Queen of Scots, to the outbreak of the Prayer Book Rebellion of 1637. Using official papers, diplomatic correspondence, contemporary histories, and memoirs, Lee reconstructed the process of state formation in a small but complex early modern kingdom. He argued that James VI defused the threats to monarchical authority from a radical kirk and assertive aristocracy, brought order to the kingdom’s lawless regions, and reconceptualized the ideological basis of Scottish kingship. Moreover, James was able to consolidate and even advance these projects after he became king of England, and Lee presented James’s London-based Scottish rule as an example, almost unprecedented in early modern Europe, of successful long-distance governance.

Lee thus contributed significantly to broader efforts to rehabilitate James VI and I, and the case studies he published in Great Britain’s Solomon: James VI and I in His Three Kingdoms (Univ. of Illinois Press, 1990) persuasively insisted that James had to be analyzed as a British—and not merely an English—king. Lee’s account of the unmaking of the Jacobean achievement by Charles I appeared in The Road to Revolution: Scotland under Charles I, 1625–37 (Univ. of Illinois Press, 1985), which focused on Charles’s inability to manage the religious and political tensions his father had navigated so well. The result was a revolt that sparked a cascading crisis that destroyed Charles’s kingship not only in Scotland but across the British Isles. Lee’s work thus provided an essential starting point for the new “British” history that emerged in the late 1980s. As historians grasped how deeply early modern English history was intertwined with the histories of Scotland and Ireland, they turned to Lee not only for his reconstructions of Scottish politics but also for his identification of the crucial paradigmatic questions for a properly archipelagic approach to Britain’s 17th-century crises.

Lee retired in 1996, but he continued to teach occasional classes and to pursue his research, publishing a 2004 collection of essays and Dearest Brother: Lauderdale, Tweeddale and Scottish Politics, 1660–1674 (John Donald, 2010). Helen, his wife of over 50 years, died in 1999, and Mo is survived by two children, five grandchildren, three great-grandchildren, and his partner Laurine Purola.