Congratulations to the Fellows in the 2013 ACLS Program in East Europe Studies! 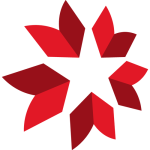 Among the list of fellows is AHA member Michael Dean, a doctoral candidate at the University of California, Berkeley. Posted below is a complete list of the 2013 fellows in the ACLS Program in East Europe Studies.

Doctoral Candidate, New School for Social Research, The New School – The Stranger Comes (Back) to Town: The Restitution of Jewish Property and Civil Society in Southeast Poland.

Doctoral Candidate, History, University of California, Berkeley – What the Heart Unites, the Sea Shall not Divide: Claiming Overseas Czechs for the Nation, 1848-1914. *AHA Member since 2012.

Doctoral Candidate, Department of History, University of California, Los Angeles – Between Two Worlds: A Comparative Study of the Representation of Lithuania in Late Medieval German and Russian Chronicles.

Doctoral Student, Department of History, University of Florida – Orientalism for the Nation: Jews and Oriental Scholarship in Modern Hungary.

Congrats to all of the winners!