A Typology of Colonialism

In the past several years, settler colonial theory has taken over my field, Native American studies. Comparative indigenous histories focused especially on British-descended “settler colonies”—Canada, New Zealand, Australia, and the United States—have proliferated. And settler colonial theory is now dogma. At my last two conference presentations, a fellow panelist was astonished that I didn’t deploy it. My research on native New England whaling history made me more globally comparative, but it also forced a reckoning that many places experienced colonialism without an influx of foreign settlers.

In that case, what are colonialism’s other forms? There seem to be many. Taking my cue from settler colonial studies, I have made a list of colonialisms distinguished mainly by colonizers’ motivations. I define colonialism as foreign intrusion or domination. My examples come from US and Pacific history. 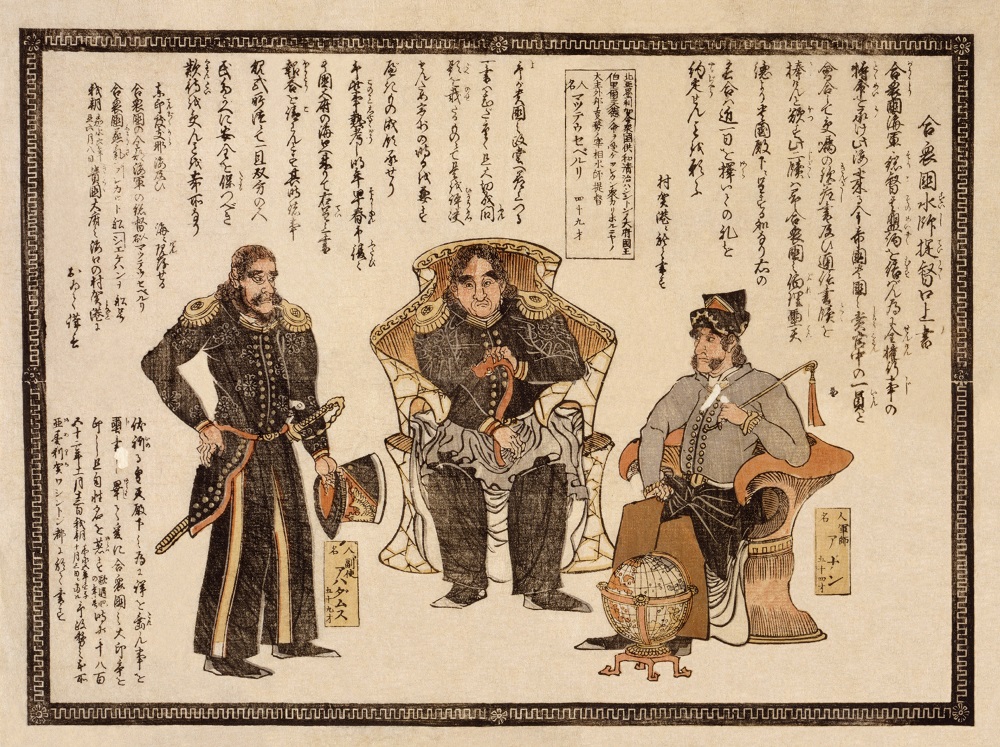 Settler Colonialism. Large numbers of settlers claim land and become the majority. Employing a “logic of elimination,” as Patrick Wolfe put it in the American Historical Review, they attempt to engineer the disappearance of the original inhabitants everywhere except in nostalgia.

Planter Colonialism. Colonizers institute mass production of a single crop, such as sugar, coffee, cotton, or rubber. Though a minority, members of the ruling class might belong to an empire that enables their political, legal, and administrative control. Their labor demands cannot be satisfied by the native population, so they import African slaves or indentured laborers, as with the “coolie” and “blackbirding” trades.

Trade Colonialism. Classic histories of the British North American colonies focus on mercantile capitalism’s control over tra­ding relationships. The colonial periphery feeds the metropole with raw materials, and the metropole manufactures guns, cloth, and other goods to sell in its colonies. Tariffs and the policing of smuggling regulate trade to ensure that capital accumulates in the metropole. Trade coercion also exists outside of imperial networks, as when the British Opium War concluded in 1842 with China’s concession to open additional ports, besides Canton, to foreign trade.

Transport Colonialism. US pressure on Japan to open ports to foreigners in 1854 was not about trade but rather transport: Commodore Matthew Perry wanted safe havens for American whaleships. Transport colonialism includes hubs (the Azores, Hawai‘i, and other island chains that became supply depots in the age of sail; steamship coaling stations; US-built airstrips and troop transfer stations on Pacific islands during World War II). It also entails route defenses, such as the US forts constructed on the Great Plains to protect American migrants on the Oregon Trail, and engineering projects that expedite travel, such as the Panama Canal. Transport colonialism does not mandate displacement of native peoples, but it does have a great impact on local economies and cultures by creating contact zones.

Imperial Power Colonialism. Sometimes the purpose of colonialism appears to be simply expansion for its own sake, to aggrandize domains. Imperial rivalry between France and Britain in 18th-century North America and the 19th-century Pacific involved settler, planter, and extractive colonialism but also inspired competition to amass territory ahead of the other empire. Europeans have no monopoly on imperial power colonialism. Tongan expansion into eastern Fiji in the mid-19th century seems to have been driven primarily by the ambitions of King George Tupou I and his cousin Ma‘afu to enlarge the Tongan sphere of influence.

Not-in-My-Backyard Colonialism. Colonizers sometimes want an empty place far away as wasteland for depositing convicts or conducting dangerous experiments. The British representation of Australia as terra nullius initially justified Botany Bay, a prison colony. France and Chile also established penal colonies on Pacific islands. In the 20th century, US atomic testing relocated Marshall Islands inhabitants, much as settler colonialism might do, but not because anyone else would settle there. France also used distant colonies, first Algeria and then the Tuamotus, as atomic test sites.

Legal Colonialism. Through diplomacy or by force, one people might claim independent or superior legal authority in another’s territory. In 19th-century treaties with peoples deemed barbaric, the United States assumed legal jurisdiction over American nationals. For example, the 1844 Treaty of Wanghia established extraterritorial courts administered by US consuls and, in the 20th century, allowed for the US District Court of Shanghai.

Rogue Colonialism. Colonialism is not always a state-sanctioned enterprise. Filibusters and private companies can usurp foreign territory. The state might follow to protect and claim such interlopers as its own, as in the US annexations of Texas in 1845 and Hawai‘i in 1898. Or the state might condemn its most freewheeling members to prevent diplomatic crises. The US government did not support filibuster William Walker in Central America. Britain disapproved of Edward Wakefield’s New Zealand Company and used the 1840 Treaty of Waitangi to rein in such private land speculators. Rogue colonialism has some other colonialism (e.g., settler, imperial power) as its motivating rationale but raises critical questions about how individuals and the state interact in colonizing endeavors.

Missionary Colonialism. As private agents, missionaries could be considered rogue colonizers, but they deserve their own category for the distinctiveness of their purpose. They need native people to justify their existence.

Romantic Colonialism. Some colonizers want to escape to places that contrast environmentally and culturally with their permanent abodes. When Thor Heyerdahl took his newlywed wife “back to nature” in the Marquesas (as he explained in 1974’s Fatu-Hiva), he wished the islanders would leave them alone. More often, romantic colonizers—Paul Gauguin, Robert Louis Stevenson, and consumers of mass tourism—hope for native people to join in the fantasy as performers of local culture. French colonization in the Pacific was, as in the title of Matt Matsuda’s 2005 book, an “Empire of Love.”

Postcolonial Colonialism. Former colonies cannot so easily shake off the colonial legacy. Economic dependency and entanglements continue, as do bonds of affinity. Fiji, nearly 100 years a British planter colony and independent since 1970, continues to bear the imprint of its colonial past in its multiethnic, multilingual citizenry; its unusual British-imposed, aboriginal-protectionist landholding regime; and the popularity of rugby among its people.

There are probably more than these 12 forms of colonialism. Adding to the complexity of colonial motivations and consequences are the ways different forms of colonialism might coexist or morph into each other. In 1820s Hawai‘i, sandalwood traders, sailors, and missionaries (extractive, transport, and missionary colonizers) sought distinct relationships with native Hawaiians that split the foreign community into acrimony. A generation or two later, the missionaries’ descendants spearheaded the islands’ shift to planter colonialism. Even though extractive and missionary colonizers had a use for native people, both forms of colonialism seemed to act as harbingers of settler or planter colonialism, which did not. The many varieties of colonialism and their points of intersection suggest that historians could elaborate on the trend started by settler colonial studies and more precisely investigate colonialization processes as multifaceted affairs that affected colonizers, the colonized, landholding, labor, and migration in myriad ways.

Nancy Shoemaker is professor of history at the University of Connecticut. Her most recent book is Native American Whalemen and the World: Indigenous Encounters and the Contingency of Race (Univ. of North Carolina Press, 2015). She thanks Sarah Knott, Jeffrey Ostler, and Scott Morgensen for crucially helpful conversations.