In Eric Nguyen’s 2021 debut novel, Things We Lost to the Water, a bayou in New Orleans East acts as a record of the local Vietnamese refugee community. It holds the objects and organisms of everyday life, including soda cans, plastic bags, even a pet frog named Toto, and harbors the stress, despair, and desires of life in the city that the community shares only with this space. In this novel, the first published by a Vietnamese American from New Orleans, the bayou serves as an archive of one of the densest Vietnamese American communities in the country. 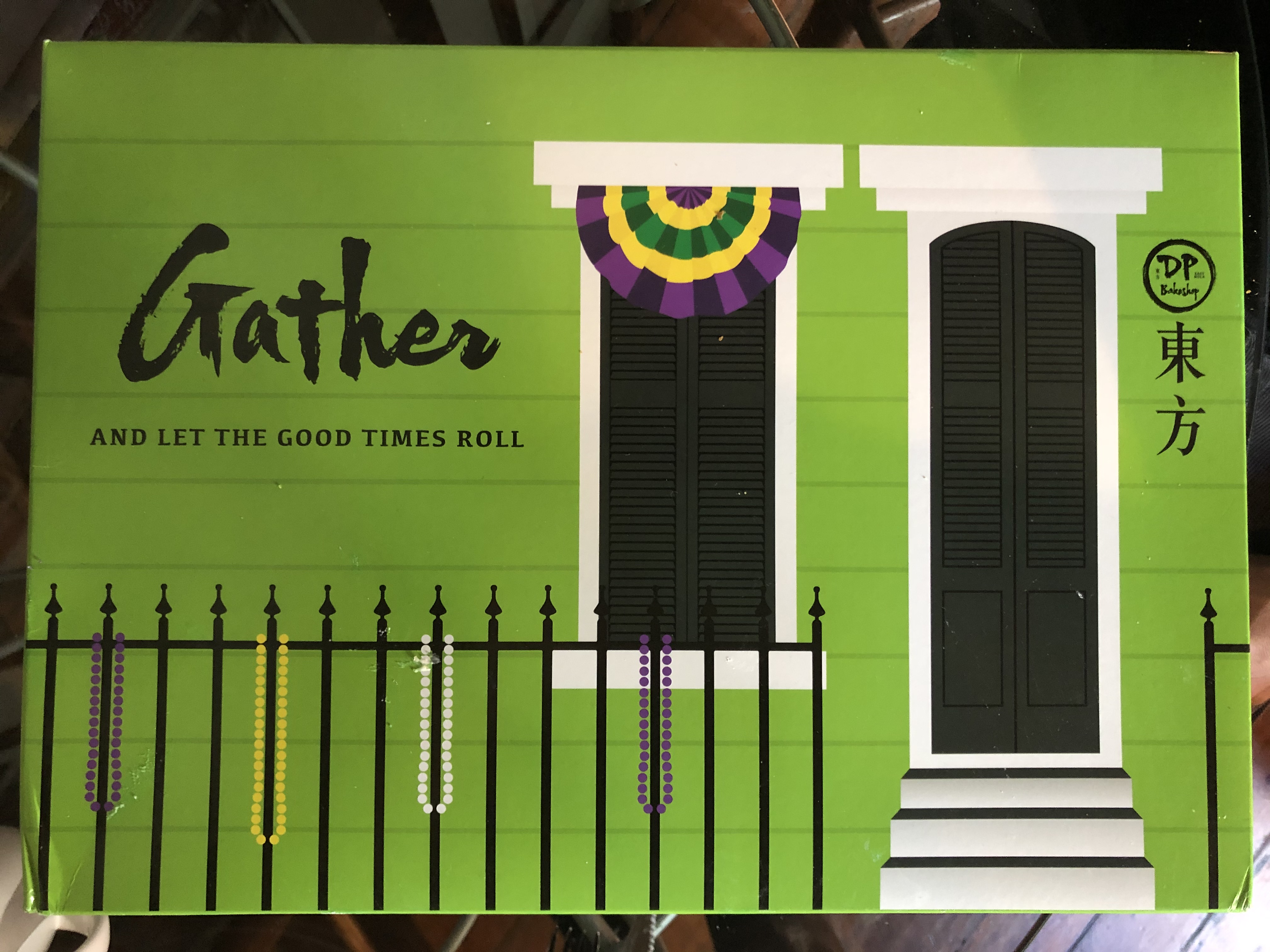 Nguyen shines a light on a community of Vietnamese who arrived in New Orleans after the Vietnam War, when Louisiana accepted 1,000 refugees and resettled them in the city. Many originally came from the North Vietnamese villages of Phat Diem and Bui Chu, Catholic areas with a history of anticolonial leadership, trained militias, and political autonomy. When the State of Vietnam was divided at the 17th parallel in 1954, these parishes’ bishops led migrations of Catholics and Buddhists who wanted to resettle in the South and helped to reestablish their Catholic subparishes from the North. Philip Hannan, archbishop of New Orleans, spearheaded the resettlement effort in Louisiana, traveling to Fort Chaffee in Arkansas in 1975 and bringing refugees back to be resettled by the Archdiocese of New Orleans and Catholic Charities.

New Orleans East, where 30 percent of the population is Vietnamese American, is so far on the outskirts that it is not uncommon to hear many New Orleanians say that they have never been to this part of the Crescent City. Yet thousands of Vietnamese Americans have lived within a one-and-a-half-mile radius in a neighborhood called Village de l’est since 1975. Saturday-morning markets, South Vietnamese flags, and streets bearing names such as Saigon Drive dot the geography, while Mary Queen of Vietnam Church (MQVN) serves as a community anchor, offering masses in Vietnamese, English, and Spanish.

Vietnamese Americans in New Orleans East have experienced multiple forced displacements: in Vietnam, across the Pacific Ocean, and along the Gulf coast. Their experiences of colonialism, war, and environmental disasters (which, if not man-made, are the products of human decisions) have provided the foundations for grassroots activism in the community. This longer history of collective forced migration contextualizes this community’s transplantation to New Orleans East and repeated displacements due to disaster in their new home. Some Vietnamese refugees would refer to the evacuation during Hurricane Katrina as their third experience of forced displacement—only, this time, there was hope of returning.

When the first refugees arrived in 1975, two decades after their initial displacement from North Vietnam, residents and leaders at local and state levels disagreed over their resettlement. The press described some longtime residents and community leaders as worried that refugees would become permanently dependent on government aid, compound the challenges of a recession, and exacerbate already-tense race relations. Some Black residents expressed concern that resources they felt should have gone to their communities were being directed to these newcomers, while others pointed out that African Americans and Vietnamese were both victims of imperialism and should find a way to work together. Local Vietnamese-language publications of the early 1980s reveal pointed efforts to cultivate leadership within the community, correct erroneous information about refugees, and foster ties with other communities of color.

Despite these tensions, Vietnamese resettlement in New Orleans happened. Catholic Charities placed Vietnamese in the Versailles Arms apartment complex in New Orleans East. Housing was available there because a brief period of development in the 1960s, centered on the construction of a NASA plant, did not result in an anticipated boom and demand for housing. By the time Vietnamese arrived, the area was associated with blight and existed in obscurity next to the more iconic areas of the city, such as the French Quarter and Garden District.

New Orleans East is so far on the outskirts that it is not uncommon to hear New Orleanians say that they have never been there.

The Vietnamese community profoundly changed the Gulf coast’s social and cultural landscape. Before Hurricane Katrina struck in 2005, Vietnamese were often portrayed in media and scholarship as self-isolating and unwilling to assimilate. Interest in them revolved around their “traditional” dress, culture, and gardens, which were cultivated behind homes or near the bayou. But after Katrina made landfall on August 29, 2005, Vietnamese Americans began to appear prominently in press coverage of the city. By early December, about 600 Vietnamese Americans had returned. In 2007, their rate of return and rebuilding reached 90 percent—the highest of any community of color in New Orleans, as well as an outcome underpinned by their history of collective forced displacement and rebuilding. But when the Bring New Orleans Back Commission unveiled its plans for redeveloping the city, New Orleans East was deemed uninhabitable, at risk of becoming a “shantytown” and slated as future “green space.” Father Vien Nguyen, former pastor of MQVN, stated, “The map ended. Right on our border. That’s exactly how we felt all along. We were never on the map.”

This neglect was repeated in February 2006, when New Orleans mayor Ray Nagin used emergency powers to grant Waste Management of Louisiana a permit to operate the Chef Menteur landfill as a dump site for Katrina trash. The landfill lies next to Versailles and links to key water sources. In consultation with environmental attorney Joel Waltzer, MQVN Community Development Corporation (MQVNCDC) and Vietnamese American Young Leaders Association (VAYLA), two nonprofits that emerged after the hurricane, filed a lawsuit against Waste Management of Louisiana, alleging that the landfill constituted an “open dump” in violation of federal law. While the landfill remained open, feeding the billion-dollar waste business, the community continued to mobilize across generations and with Black neighbors to protest at city hall and, later, the landfill site, causing trucks filled with debris to turn around. A court order finally closed the landfill on August 15, 2006, but numerous landfills and illegal dump sites in the area remain.

But hurricanes have not been the only cause of displacement for this community. The Deepwater Horizon oil spill on April 20, 2010—the largest oil spill in US history, the result of an explosion on a rig operated by BP—exacerbated existing problems, given that before Katrina, one in three area Vietnamese Americans made their living in the fishing industry. Together, these disasters resulted in tainted food sources, complicated insurance claims processes that many Vietnamese-language speakers could not maneuver, and destroyed livelihoods. The powerful oil industry, tied to spills, wetland loss, and threatened ecosystems, is directly responsible for the environmental issues that the state continues to face.

At the same time, Hurricane Katrina and the BP oil spill created urgent situations that led to increased Vietnamese American grassroots activism and civic engagement in New Orleans East. In addition to MQVNCDC and VAYLA, nonprofits including VEGGI Farmers Cooperative formed to serve Southeast Asian American, Black, and Latinx communities, as well as rural farmers and fishers. Through programs such as employment training, linguistic assistance with filing claims and citizenship tests, and innovative farming techniques, their offices help these communities survive in unpredictable times. Grassroots activism in New Orleans East has also contributed to Vietnamese American visibility in public office. Republican Joseph Cao, who became the first Vietnamese American to serve in the US Congress in 2009, and Democrat Cyndi Nguyen, currently a member of New Orleans City Council, both trace the start of their political careers to community work in eastern New Orleans.

After Katrina, Vietnamese Americans began to appear prominently in press coverage of the city.

Today, Vietnamese Americans’ presence in New Orleans East is perhaps most prominently defined in the media by their participation in local foodways. Before Katrina, Vietnamese diasporic farming was seen as an outmoded way of life that would soon die out. After, its aquaponics innovations and collective ethos have been looked to as possible models for sustainable practice. Produce and bread from New Orleans East source many of the area’s famous restaurants. Dong Phuong Bakery was awarded a 2018 James Beard Foundation America’s Classics award and makes what many consider one of the city’s best king cakes. The food and culture shows at MQVN’s annual Tet festival attract people from around the region.

Yet along with Vietnamese American civic and political engagement, these culinary practices are often co-opted into narratives of Vietnamese American resilience. Resilience has become an expectation, rather than an explanation of cultural and political history, providing exploitive “feel-good” stories for a sinking city. Public discourse often heralds Vietnamese American activism in model-minority terms, where rebuilding as survival becomes minority achievement against the odds. This tendency muddies the day-to-day vulnerability of Vietnamese American, Black, and Latinx communities and obscures the impacts of structural racism and industry self-interest in the area’s marginalized populations. New Orleans East is still underserved and neglected by the state, experiencing environmental racism, food insecurity, and transportation and housing injustice.

On August 29, 2021, the 16th anniversary of Katrina, Hurricane Ida made landfall in Louisiana. Areas outside New Orleans, including New Orleans East, were severely flooded. The city’s residents recount Ida’s haunting, howling winds, which severely damaged the power grid. As this goes to press, many are still trying to figure out how to get by during these still-hot times as federal aid lags, as it has time and time again.

Toward the end of Things We Lost to the Water, a character named Huong tries to navigate Hurricane Katrina, and her struggle loops her back to her vulnerability as a refugee after the Vietnam War. Nguyen writes, “She doesn’t know where she is. South, north, Uptown, Mid-City—with all the water, she can’t tell where anything is anymore. She closes her eyes and tries to remember what it had been like before. . . . She remembers staring out the back of the boat, pinpoints of starlight illuminating the land until it was gone. . . . Huong held out her hand to the sea—a gesture of grasping or waving goodbye.” Vietnamese American New Orleans East attests not to the transcendent power of resilience but to the fact of ongoing precarious life and displacement trauma for many in Louisiana today.

Marguerite Nguyen is associate professor of English at Wesleyan University.