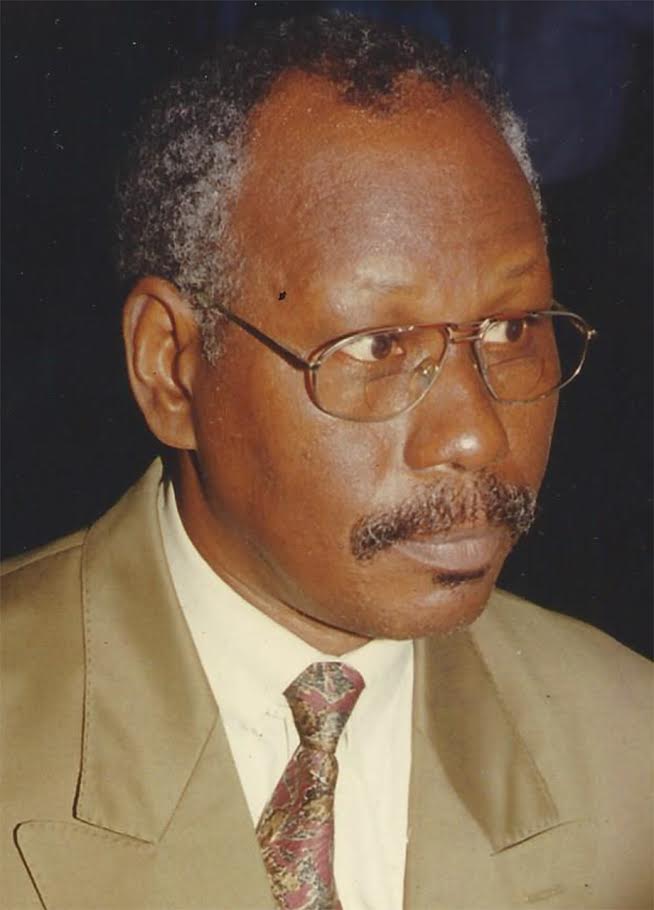 When I first started research in Senegal in 1963, there were no Africans in the history department at the University of Dakar, with limited concern for Africanization. When I returned in 1968, the dynamic Yves Person had joined the faculty and was inspiring young African scholars. His star student at the time was Boubakar Barry.

This was a time when students of African history were still being pressed to prove that Africa had a history. Barry and I hit it off well—we had similar ideas about history, and we were both interested in dialogue. I tried to persuade him to study for his doctorate at Berkeley, where I was then teaching, but he wisely chose to study in France, which still dominated Senegalese academic life. His thesis supervisor in Paris was Person, who had by then taken the chair of African history at the Université Paris 1 Panthéon Sorbonne and was reshaping the study of the field in France.

A Guinean studying at the University of Dakar, Barry was unusual for his generation. While most of his peers wrote their theses on their native societies, Barry, a Fulbe speaker, chose to write on Waalo, a small Wolof state at the mouth of the Senegal River, instead of the Senegalese Fulbe people. This research, which led first to a master’s thesis, then to a doctorate, enabled him to confront both the impact of the Atlantic slave trade and French colonialism in West Africa. After completing his doctorate, Barry returned to Dakar. Only the third African in the history department at the time, Barry proved instrumental in shaping its development.

Several things stood out about Barry even in the earliest days of his career. As a mentor, he guided several younger scholars and supervised many theses. Barry accumulated a fine library that he made available to students and colleagues. An “international,” his home was also a meeting ground for many foreign scholars, and at the Barry house, there was always good coffee and bread with butter and fine Futa Jallon honey for breakfast. I often stayed with Boubakar and his wife, Aida Sow, and he was the first of several Senegalese scholars who stayed at my house when he was in Canada. Like many African intellectuals, he had heavy teaching and family responsibilities. After the end of the Sekou Touré dictatorship in Guinea, he often had family or the children of friends come to Dakar for medical care or to study.

From the beginning, Barry took advantage of possibilities for travel. He has taught in the United States, Germany, France, and Brazil, and he had a grant from the Wilson Center in Washington, DC. He was also important in developing collaborative institutions in Africa like CODESRIA (Council for the Development of Social Science Research in Africa). One of the founders of the Association of African Historians, he served for eight years as its general secretary.

Barry originally intended to follow up his study of Waalo with a collaborative history of his native Futa Jallon. Each time he traveled, he would use his per diem to buy books and to photocopy documents on the Futa. (They still sit in bound volumes in his library, available to other scholars.) Increasingly, however, Barry became concerned with breaking out of the confines of ethnic and national history. Guinean born but well integrated into Senegal, he thought of himself as a Senegambian. His most important book, translated into English as Senegambia and the Atlantic Slave Trade (Cambridge Univ. Press, 1998, originally published in French in 1988), presents the history of a region that includes not only Senegal and the Gambia, but also most of Guinea. It also focuses on such major themes as the impact of the Atlantic slave trade and of Islam on the region, and the links between these two forces. More recently, Barry supervised a ­UNESCO-funded project that published a series of books on how different West African nations have dealt with regional integration. His current project is essentially volume two of Senegambia and will look at francophone West Africa in the 20th century.

Despite his scholarly achievements, Barry has not lost his ties to Guinea. He was one of a group of Guinean exiles whose democratic commitment was forged in their resentment of a dictatorial regime that would not let them come home. He used to joke that when Touré fell, he would get into his VW and head back to his home city of Mamou. When Touré died in 1981, the VW was too battered to make the trip, and Barry had become an integral part of the intellectual life of cosmopolitan Dakar. He remains one of the key intellectual figures of Senegambia and is one of Africa’s most influential historians.

Martin Klein is professor emeritus at the University of Toronto. His best-known book is Slavery and Colonial Rule in French West Africa (Cambridge Univ. Press, 1998).