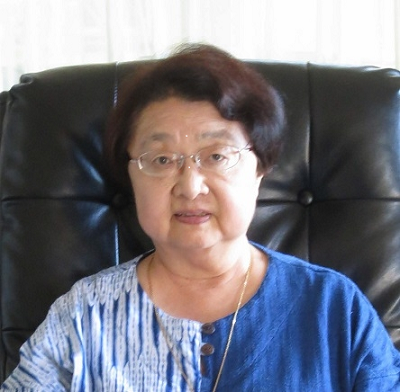 Since 1885, the American Historical Association has honored foreign scholars distinguished both by their own work in the field of history as well as by the assistance they've provided to visiting American historians working in their countries. At its January 2015 meeting, the AHA Council selected Natsuki Aruga, professor emerita at Saitama University, as the Honorary Foreign Member for 2015.

Professor Aruga has been a leading scholar of US history and women's history in Japan for more than three decades. As a scholar, teacher, and organizational head, Professor Aruga has contributed greatly to the development of US women's history and American studies in Japan. She spent 30 years (1980–2010) as a professor at Saitama University and, since 1995, has been a visiting professor at Taisho University.

Professor Aruga has an impressive record of productivity—she is the author and editor of 15 books. She was awarded the prestigious Yamakawa Kikue Prize in 1988 as well as the Japan–United States Friendship Commission Book Award in 1989 for Amerika Femi­nizumu no Shakaishi [A social history of American feminism] (Keiso Shobo, 1988). Her articles and book chapters reflect her versatility and range, including explorations of child labor in 19th-century America and the employment of women and teenagers during World War II, as well as appraisals of the new social history, the shift from women's history to gender history, and the direction of second-wave feminism. These publications evince her critical and creative engagement with major developments in American historiography.

Professor Aruga's current research analyzes gender, race, and US militarization within a transnational framework. A scholar of courage as well as discernment, she is tackling the sensitive issue of the Japanese government's support of prostitution to serve soldiers in the US occupation forces after World War II. This research not only reveals the sort of fresh insights that can be generated by a Japanese perspective on US history, it also demonstrates her commitment as a public intellectual to deepening awareness and understanding of history beyond the ivory tower.

Professor Aruga served as president of the Japanese Association for American Studies from 2008 to 2010 and is currently both executive director of the American Studies Foundation of Japan and international editor for the Organization of American Historians. A pioneer in feminist history and an inspiring teacher, Professor Aruga has introduced historical issues to a wide audience, whether discussing research with students or with the emperor and empress of Japan.

Professor Aruga will attend this year's annual meeting in Atlanta, where, in addition to receiving her commendation at the awards ceremony (Thursday, January 7, 7:30 p.m.–8:30 p.m.), she will also serve as commentator on the session "Gendering the Trans-Pacific World: Diaspora, Empire, and Race" (Saturday, January 9, 11:30 a.m.–1:30 p.m.).