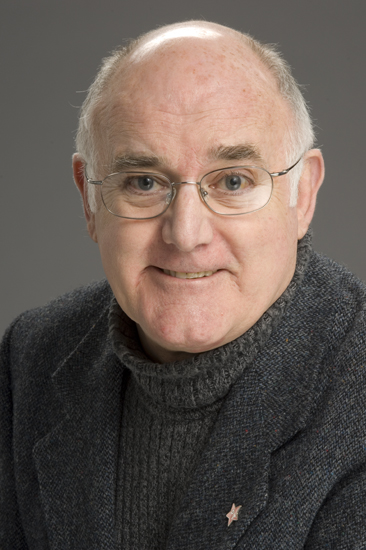 Brazilianistas the world over have lost one of their giants with the spring 2021 passing of Frank D. McCann Jr., professor emeritus in the Department of History at the University of New Hampshire. Frank was one of the originators of the term Brazilianista, which describes students and scholars of Brazilian history. The volume and quality of his scholarly work, and his instrumental role in preparing future Brazilianistas for careers in academia, government, nongovernmental organizations, and private industry, speak to his success in those endeavors.

Frank came to study Brazil through his interactions with fellow graduate students from Indiana University, where he earned his PhD in 1967. He also made lifelong friends with Brazilian Army officers while teaching history at the United States Military Academy at West Point. These experiences and studying under Robert Ferrell led Frank to focus on Brazil-US diplomatic history and Brazilian military history. Out of this came his first book, The Brazilian-American Alliance, 1937–1945 (Princeton Univ. Press, 1973), which won honorable mention for the Herbert E. Bolton Prize in 1974 and in 1975 received the Stuart L. Bernath Book Prize. Subsequent books, such as Soldiers of the Pátria: A History of the Brazilian Army, 1889–1937 (Stanford Univ. Press, 2003), plus numerous articles, book chapters, and invitations to present his work in other countries, reflected his high level of scholarship in his field.

While continuing to research the Brazilian military, Frank expanded his efforts into the 1964 revolution and the postmilitary era from 1985 onward. As a co-editor of the reader Modern Brazil: Elites and Masses in Historical Perspective (Univ. of Nebraska Press, 1989), he helped bring forth the most current research on a variety of topics beyond the military and politics. Frank published the influential Brazil and the United States during World War II and Its Aftermath: Negotiating Alliance and Balancing Giants (Springer, 2018), tapping into new resources and archival material in Brazil and the United States. He not only clarified what each of the hemisphere giants brought to and gained from the relationship, but he provided an early analysis of the direction of relations in the 21st century. His papers, books, and research notes will rest at the Indiana University Lilly Library.

Frank was also interested in the lives and history of Indigenous peoples. He first began exploring the history and culture of the Cayuga and Seneca Nations as a young boy growing up in Upstate New York, and he later became a friend of their members. While serving as a visiting professor at the University of New Mexico, Frank had the opportunity to visit with many members of the Pueblo Nation. He continued to visit New Mexico many times to deepen his understanding of their culture—knowledge he passed on to his students by offering the first course in Native American history ever taught at the University of New Hampshire.

One of Frank’s lasting legacies is his preparation of graduate students for careers in history. He went beyond the basic course training in research and writing, teaching students what it meant to be an academic and a historian. Importantly, Frank imprinted on his students the ethics of the craft and career. His success is evident in the scholarly production and career advancement of his former students.

Frank served the discipline in other ways too numerous to mention in this short space. He was on the executive committees of several professional organizations; for many years was a contributing editor for the Handbook of Latin American Studies; and was on the editorial committees of national and international professional journals, such as the Revista militares e politica.

The field of Latin American studies and history, particularly of Brazil, is a smaller place with Frank’s passing, and he leaves a lasting impact on those privileged to learn from him. Frank is survived by his wife, Diane; his daughters Kaydee (Kathleen) and Tibi; and his brother, Bernard.