The Return of the Dead Program following World War II

A letter written by my grandmother, which I found buried in a military casualty file at the National Archives in St. Louis, reflects the angst of families whose loved ones had gone missing in action: “Could you please advise me if my husband’s body was ever found and if so where he is buried?” It was 1946, two years after learning her husband, Army Air Corps Corporal Delbert W. Trueman, was declared MIA and then dead, after enemy flak downed his B-24 bomber in Austria. She had no idea if his body had been recovered and, if so, where his remains were located. 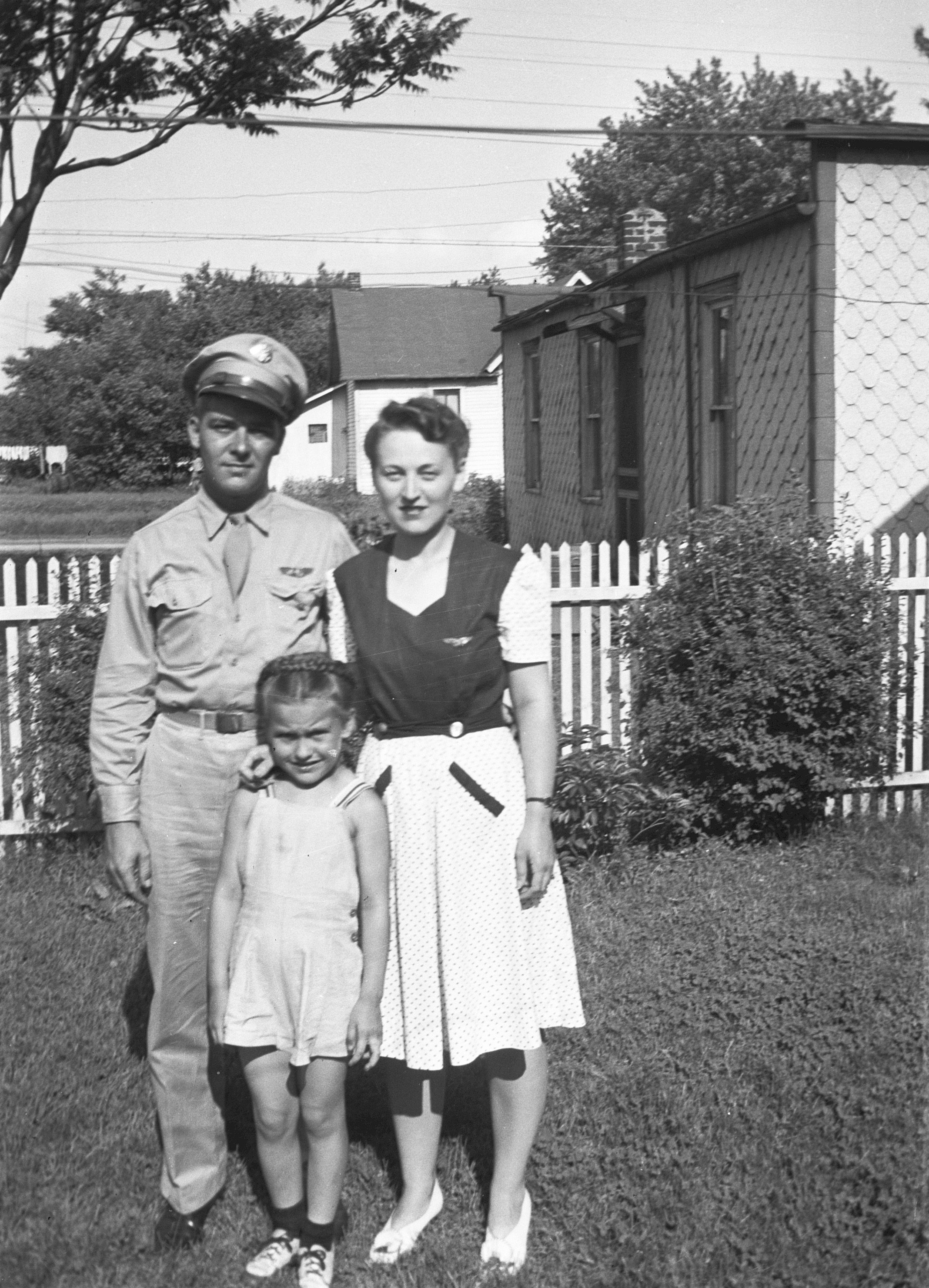 Like hundreds of thousands of families, my grandmother was left with a Western Union telegram bearing the worst news imaginable, followed by the agonizing emptiness that came with no body, no casket, and no funeral. Mortuary files, personal letters, newspaper obituaries, and wartime correspondence show us how families grieved in the lengthy absence of their loved ones.

However, my grandmother did more than grieve. She and thousands of others insisted the government uphold a commitment it had made to military families for decades—to bring home its fallen soldiers. The return of World War II dead would become the greatest reburial effort in United States history, and one of the most overlooked chapters of the war.

Since the start of the war, men and women who died overseas remained where they had fallen. The ships in Pearl Harbor were still burning when the War Department ordered that no American service member who died overseas be shipped home. From Algiers to Saipan and Bastogne, the dead would remain buried near battlefields or left unrecovered—typically after planes crashed in remote areas—until all fighting ceased. Ships, aircraft, and ports were not equipped to transport and store the dead. The government committed resources to fighting the war, not managing its carnage.

And yet, families expected the government to return its fallen soldiers, just as it had after World War I. They wrote letters, phoned their elected representatives, and kept vigil. An Army colonel tasked with managing the dead said in late 1945 that his office had 75,000 unsolicited letters from families asking that the bodies of their sons, brothers, and husbands be returned home. “Unless this is done, there is going to be many a heartbroken, dissatisfied wife, father, and mother of these boys, who want their bodies brought back here,” cautioned Congressman John Rankin of Mississippi.

Families knew no bodies would come home until the war ended. That had been the government’s policy. But once the fighting stopped, they were intent on making sure neither they nor their fallen loved ones were forgotten. The magnitude of the war had been unprecedented, with little advance military planning for managing the dead. Families wanted answers: When should they expect bodies to come home? Which forms should be filed? One mother even offered to sell her house to pay for the return of her son’s body.

In the fall of 1945, Congress took up legislation to bring home the fallen. But, unlike during World War I, when most American casualties were in France, this conflict posed the tremendous logistical challenge of recovering bodies scattered across Allied and enemy territory on six continents. If an estimated 300,000 bodies were to be recovered and returned, the cost would be $195 million—approximately $2.6 billion today.

Congress unanimously approved the Return of the Dead Program in May 1946 and President Harry Truman immediately signed off on an initial $92.5 million for the work. The job fell to the American Graves Registration Service, the Transportation Corps, and thousands of civilian employees. Moving from country to country, they located graves, disinterred and formally identified remains, prepared bodies for permanent burials, and sent them home by ships and trains. It was gruesome, sober work. It also was honorable work that followed an American tradition of the return of overseas war dead that began with the Spanish-American War.

The government let families decide whether to have their loved ones brought home or buried overseas. Polling the families was followed by delays in staffing and equipment, including steel and coal strikes that waylaid casket manufacturing, meaning the first war dead did not reach American shores until October 1947. When the inaugural shipload of bodies from Europe arrived in New York, more than 400,000 people turned out to pay tribute.

One mother offered to sell her house to pay for the return of her son’s body.

US troops found my grandfather’s body in 1946 in a Viennese cemetery where German troops had buried downed airmen. American soldiers gathered his remains and flew them to a temporary US military cemetery in eastern France for burial. In 1948, the body was unearthed again, moved to Antwerp, Belgium, and hoisted aboard an Army transport ship bound for New York harbor. A train then carried the coffin to a distribution center in Ohio, where a military escort met it. Another train took the escort and casketed remains on to Indiana in January 1949, when my grandmother, mother, and other relatives gathered to see my grandfather buried for a third and final time. They had waited more than four years to say goodbye.

His was a journey repeated daily across the country. When the federally funded repatriation program ended on December 31, 1951, troops had returned more than 171,000 bodies at the request of families. Soldiers reburied another 110,000 dead in 14 new military cemeteries, most of them in Europe. The final cost of the entire program was $164 million, well under the $190 million allocated by Congress.

The thousands of military personnel and civilian workers who contributed to returning the dead of World War II were tasked with the terrible but sacred job of bringing some semblance of peace to broken, anxious families. Along with those insistent families—including women like my grandmother—they were heroes of a different magnitude, whose contributions we neglect when invoking the Greatest Generation. Without their combined persistence, our nation would have far fewer white marble headstones to remind us of the losses and sacrifices of so many.