Precedents for a Pandemic

Reflections on Disease and Indigenous Communities

“Unprecedented” is the adjective of the current pandemic. In social and economic realms, the term may be apt. Funerals are canceled, school buses carry food instead of children, and unemployment claims just broke the bar graph. Yet the coronavirus, if novel, is in fact precedented. While the most popular comparison for our crisis is the 1918 influenza pandemic, countless antecedents can be found in Native American and Indigenous communities, in which epidemics played a role in reshaping society and culture during colonization. 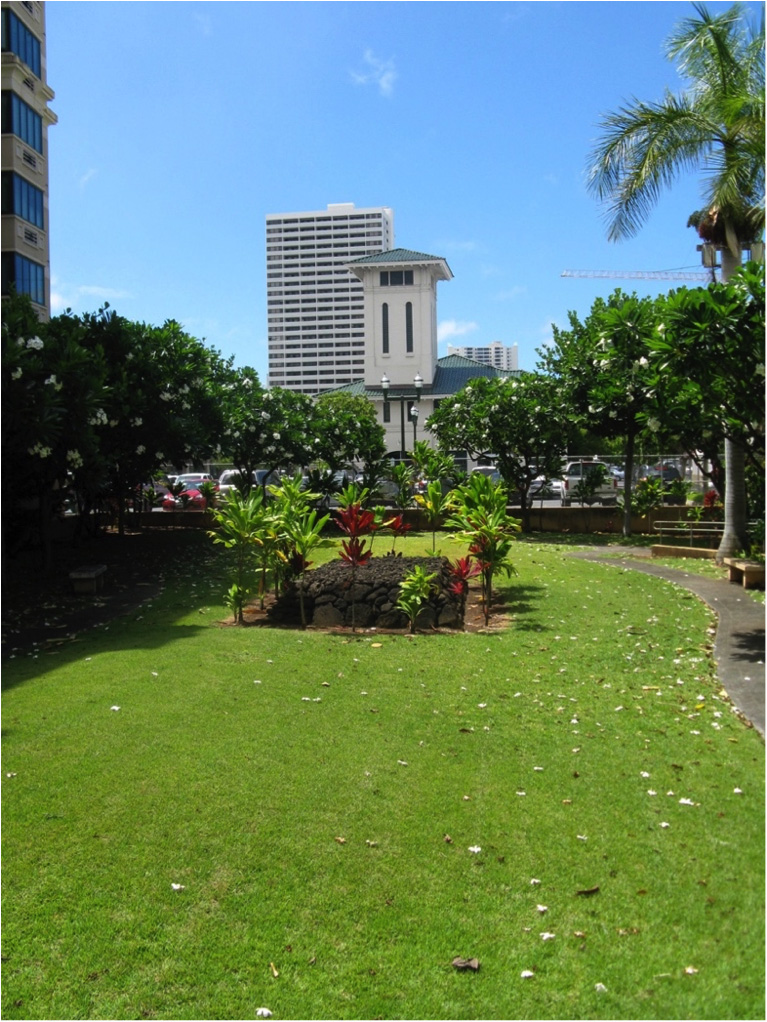 Honolulu’s Honuakaha smallpox cemetery, photographed in 2013. The first outbreak of smallpox in 1853 took as many as 6,000 lives, eight percent of the Islands’ roughly 75,000 people. Hundreds are believed to be buried under the Kaka‘ako Fire Station parking lot, at the rear of photograph. Seth Archer

Infectious diseases ravaged Native American communities after Europeans introduced them to the Americas starting in 1492. While the timing varied by region, new pathogens sparked health crises in scores of Indigenous societies. Beginning in the early 2000s, historians launched a critique of this traditional disease narrative as hyperbolic, deterministic, and a post hoc justification for conquest. The real business of colonialism, they argued, was violence in its various forms—warfare, enslavement, land expropriation, forced removals, and the erasure of culture. There was, of course, ample evidence for this claim, and the critique caught on among scholars ranging from colonial American to Latin American history and the history of medicine. (Holdouts highlighting the destruction wrought by pathogens were mostly squirreled away in environmental history.) Colonial violence, the new scholarship concluded, was the principal cause of Indigenous health problems and the main factor impeding their recovery.1

When I began graduate work in 2007, I fully recognized that violence—in its short-term, long-term, and structural forms—was at the heart of European colonial projects. Yet I noticed cases in the historical record where violence alone could not explain the health impact of Indigenous encounters with newcomers. On the Hawaiian Islands, for example, I discovered health struggles that shaped Native Hawaiian culture over the course of a century of self-rule.2 Introduced infectious diseases (ma‘i malihini, in Hawaiian) resulted in decreased fertility, increased infant mortality, and shortened life spans, all of which transformed island politics, religion, labor, and family and gender roles within a matter of decades. It would be a mistake, I concluded, to relegate disease to a historical sidebar in our narratives of colonialism. Indeed, historians of all kinds should think seriously about nonhuman actors, such as microbes, operating on and amid their human subjects.3

It would be a mistake to relegate disease to a historical sidebar in our narratives of colonialism.

Ignoring the history of Indigenous health has a number of consequences. For one, it hinders our understanding of ongoing, egregious health disparities among Native American populations. (Diabetes, hypertension, and cardiac disease are not infectious, but they sure act that way in Indian Country.) Failing to include health in Indigenous history also neglects key experiences for a host of diverse Native societies over the course of five centuries. Indeed, health adversity is one of the connecting threads of global Indigenous history—which helps explain why so many Indigenous leaders are concerned now about COVID-19.

Everywhere the burden of this pandemic will weigh disproportionately on those with the fewest resources. US population health data prepared us for the likelihood that communities of color would be particularly impacted due to preexisting chronic conditions, workplace exposure, and lack of access to health care, not to mention insurance; reports nationwide bear this out. But well before the coronavirus, Native Americans had some of the worst health outcomes of any group residing on their native lands.4 Nearly half of US states that report COVID-19 by race or ethnicity fail to include Native Americans, classifying them as “other.” This is bad public health, of course, but labeling Indigenous peoples as “Other” also bears a distinct resonance stretching back to colonial America.

With the help of $1 billion from the CARES Act, the chronically underfunded Indian Health Service ramped up testing. As of May 20, more than 22 percent of coronavirus tests on the Navajo Nation have come back positive, outstripping New York City, the current global hotspot of the pandemic. The population density of the Navajo Nation is 13 persons per square mile; New York City is 26,400. The nation’s two largest communities—Shiprock, New Mexico, and Tuba City, Arizona—support populations of just over 9,000 each. These stunning infection rates are despite a prudent stay-at-home order issued by the Navajo Nation Health Command Operations Center on March 20, after only 14 cases had been reported.

Everywhere the burden of this pandemic will weigh disproportionately on those with the fewest resources.

While Indigenous people are facing dire circumstances, some Native nations may provide Americans with a master class in sovereignty, as Taiwan has done in Asia. Having survived past health crises, the Navajo Nation was ready to marshal its resources well before federal aid was approved by Congress. And as a sovereign entity, the nation is proving nimbler and more proactive than most states, to say nothing of the federal executive branch. The Oglala Sioux Tribal Council cordoned off the Pine Ridge Reservation, forbidding “travel on or off” the reservation for “non-essential purposes” for two weeks, followed by a three-week stay-at-home order. And Hawai‘i, though not a Native nation, has outperformed most US states in terms of quarantine. As with the Navajo Nation and Pine Ridge, Hawai‘i’s past health struggles inform present culture and decision making.

No matter how long the crisis lasts, I expect most of humanity will forget about COVID-19, just as we forgot the health and demographic disasters of 19th-century Hawai‘i. Any historian can tell you that people excel at forgetting at least as much as remembering. But, as I’ve suggested, Native American and Indigenous people have a longer memory of infectious disease than most groups. Indeed, Indigenous people are the world’s greatest survivors; traditional knowledge is their bedrock and source of strength in times of crisis. Medicine—in the broadest sense of the term—is a central aspect of that knowledge.

What the current pandemic reveals, in real time, is more than just the disparity of governmental investment and failure in Indian Country. It reveals a long history of Indigenous health adversity and, for some—such as the Indigenous peoples of the Amazon Basin—ongoing vulnerability to diseases introduced by outsiders. Health is not a marginal subject or secondary to the real business of history. Past or present, health shapes culture in fundamental ways.

2 Europeans arrived in Hawai‘i in 1778; the Bayonet Constitution (1887) prepared the ground for an American-led coup that deposed Queen Lili‘uokalani in 1893.

Seth Archer is an assistant professor of history at Utah State University and the author of Sharks upon the Land: Colonialism, Indigenous Health, and Culture in Hawaiʻi, 1778–1855 (Cambridge Univ. Press, 2018). Thanks to Rebecca Wingo, Laura Ansley, Josh Garrett-Davis, Amber Caron, and Derek Kramer for helpful suggestions on this essay.