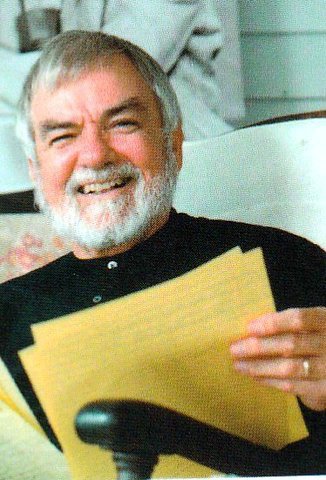 Joel Williamson died on November 9, 2019, at the age of 90, in Chapel Hill, North Carolina. Born in 1929 to the Rev. Henry James and Carrie Mae Swaney Williamson in rural Anderson County, South Carolina, Williamson grew up in red hills farmland, in the cotton fields where the rolling Piedmont climbs into the steep elevations of the Blue Ridge. In 1944, at age 15, he went off to the University of South Carolina (USC), where he chose to major in history as a result of his interest in the archival resources of the city and the university. As his student Gaines Foster often noted, Williamson always had an attraction toward primary sources, something he imparted to all students.

Williamson earned his BA (1948) and MA (1951) from USC; the Korean War interrupted his graduate work, when he became a US Navy communications officer. Discharged on the Pacific Coast, he attended the University of California, Berkeley, where he worked with Kenneth M. Stampp and Charles G. Sellers, earning a PhD in 1964. His dissertation became his first book, After Slavery: The Negro in South Carolina During Reconstruction, 1861–1877 (Univ. of North Carolina Press, 1965), which has continued to be a vital account of the period. After Slavery was dedicated to his first wife, Marie Ahearn Williamson (deceased), with whom he had beloved children William, Joelle, and Alethea.

Hired at the University of North Carolina at Chapel Hill in 1960, he was tenured in 1966, named the Lineberger Distinguished Professor in 1985, and awarded emeritus status in 2003. In 2000, he was honored with a named chair in the department, the Joel R. Williamson Distinguished Professorship. He created an innovative and interdisciplinary undergraduate course, Introduction to Race Relations, which drew hundreds of undergraduates every semester and became his signature teaching achievement. As a teacher, Williamson had a profound personal impact on many of his students; it was an appreciative undergraduate alumnus, John A. Powell, who established the Williamson Professorship. He also attracted excellent graduate students, mentoring a baker’s dozen of scholars, and many more whose dissertations he read and critiqued.

He won seven grants, including from the Ford Foundation, the Woodrow Wilson Foundation, and the Guggenheim Fellowship, to fund his copious research. In 1966, he began the long road to The Crucible of Race: Black-White Relations in the American South since Emancipation (Oxford Univ. Press, 1984). It was a “big book” that began even bigger; a long section of the manuscript became New People: Miscegenation and Mulattos in the United States (Free Press, 1980), an important book in its own right. Nevertheless, as he put it, “the writing machine stopped and died” about 1980, and he doubted his ability to finish the project. However, in 1983, he married artist Anna Woodson Williamson; she deserves some credit for the remarkable publishing activity that ensued almost immediately. A Pulitzer Prize finalist and winner of the Francis Parkman Prize and the Ralph Emerson Book Award, The Crucible was such a commercial success that Oxford University Press issued A Rage for Order (1986), an abridged version designed for undergraduate classroom use.

Williamson published two more books, forays into biography. William Faulkner and Southern History (Oxford Univ. Press, 1993) was his second Pulitzer finalist; it led to special appointments at Harvard University’s Charles Warren Center and Stanford University’s Center for the Study of the Behavioral Sciences, as well as a senior advisory position with the National Humanities Center. In Williamson’s final years, he wrote, with Donald L. Shaw, Elvis Presley: A Southern Life (Oxford Univ. Press, 2015), which argued that it was teenage girls breaking the bonds of 1950s sexual norms who made Elvis what he was.

In his final years, he developed dementia and eventually lost the ability to speak, though he still wrote out fascinating notes about Tennessee Williams, Eudora Welty, and Margaret Mitchell. With Anna’s help, he tended his spiritualist side, even accomplishing yoga routines with some of the country’s prominent yogis.

Joel Williamson, ever searching and researching, ever reaching and teaching, and ever seeking, was to the end the historian’s historian.