Will History-Related Programs Be Saved in FY 2019?

Last month President Donald Trump released his Presidential Budget Request for federal fiscal year (FY) 2019, which once again proposes to eliminate the National Endowment for the Humanities, along with the National Endowment for the Arts, the Department of Education’s International Education programs, the National Historical Publications and Records Commission, and the Institute of Museum and Library Services. The request also calls for the elimination of federal funding for the Woodrow Wilson International Center for Scholars, which has collaborated effectively with the AHA’s National History Center for over a decade.

We’ve seen this before. Since we recognize that an alert to members looks like the proverbial cry of wolf, we did not immediately e-mail a call to action. We try to save those for moments when time is of the essence. This is but the beginning of a long process. Congress will ultimately be responsible for writing the bills that fund the federal government. If FY 2018 offers any precedent—and most observers in Washington believe that it does—committees in each branch of Congress will pretty much start from scratch, or at the very least from their 2018 blueprints. There will be plenty of negotiating, plenty of bluster, plenty of posturing. And perhaps at the other end, not much more than a continuing resolution.

Nonetheless, the AHA still considers it important that our members inform their representatives in Congress that these are items important to voters and to civic culture. The budget proposal itself—which calls for total elimination of these agencies and programs, not a mere reduction—represents a bold statement either that our work is not essential to the common good or that the federal government does not have an obligation to provide even the most basic support for the nourishment of civic culture. The NEH alone, through its support for research, education, and public programs, offers a visible symbol of the role of the humanities in American public life. On a practical level, all of these programs, taken together, enable Americans to develop the skills and knowledge to be citizens, and provide resources to decision makers in many contexts. Everything has a history, and what we can learn from that history should always inform policy conversation.

The House of Representatives and the Senate, both controlled by the president’s own political party, apparently seem to understand this at some level, at least based on what they have on the table for the current year, which still remains to be finalized. 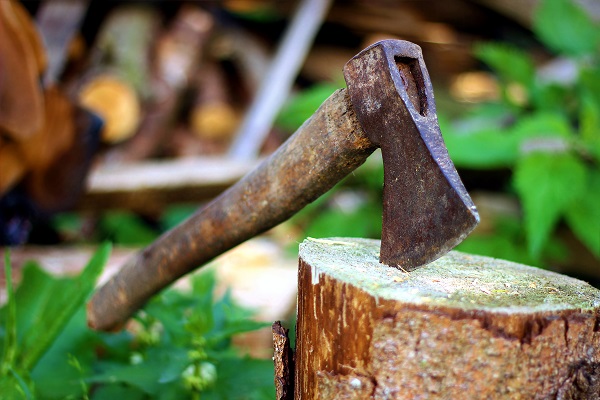 The actual dollars in the allocations matter to our members. But the money itself as a proportion of the federal budget is less than minuscule—in the case of the NEH, 0.0003 percent of the current budget. Every American tosses an amount totaling less than two quarters into the NEH toll box under the current funding structure. So no, this is not about fiscal responsibility. The money is important to humanists and our audiences and collaborators. But more than anything else, total elimination from the federal budget is an attack on the very idea that our work represents an important aspect of public culture.

Last year, historians, other humanists, and Americans who understand the value of our work to public culture sent a forceful message to Congress about the imperative of spending even these small sums to maintain the vitality of civic life. Thus far Congress has rejected Trump’s specific budget allocations at every turn.

Even if no bills are yet on the floor of Congress, conversations within committees responsible for individual agencies need to take place within a context of ongoing public pressure. The AHA urges all Americans who appreciate the imperative of historical work and thinking to public life to keep the pressure on their representatives through telephone calls and e-mails. Our nation needs not only the National Endowment for the Humanities, but also other agencies and programs that provide such vital resources as education in languages vital to national defense and global business, and access to documents that students need not only to learn history but to write it themselves.

To protect the NEH, contact your member of Congress through the National Humanities Alliance’s form. Click here to take action on behalf of other humanities programs.

Tags: From the Executive Director AHA Leadership Historians and the Public