At its January 2014 meeting, the AHA Council chose Roger Chartier of the Collège de France as the Association’s Honorary Foreign Member for 2014. In a year when the theme of the annual meeting is “History and the Other Disciplines,” it is especially appropriate that Chartier receive this award, for he is well known as a disciplinary boundary crosser. Not only a historian—and in fact a pioneer of the field of cultural history—he also incorporates literary studies and the sociology of culture, as well as the theories of Norbert Elias and Michel Foucault into his work. In addition, Chartier amply fulfills the requirements that the HFM be a scholar of great distinction and one who has “notably aided the work of American historians.”

Since 2007 Chartier has been a professor at the Collège de France, the pinnacle of French academia. He holds a chair—which he named himself, in accordance with the traditions of that institution—in Writing and Culture of Early Modern Europe. For roughly two decades prior to that appointment, he taught at the École des Hautes Études en Sciences Sociales in Paris, where American graduate students became a frequent presence at his seminar. In deciding to honor him, the AHA is hardly alone. Among his many previous honors are the Grand Prix d’Histoire of the Académie Française, corresponding membership in the British Academy, and honorary degrees from the Carlos III University of Madrid and the University of Santiago (Chile). 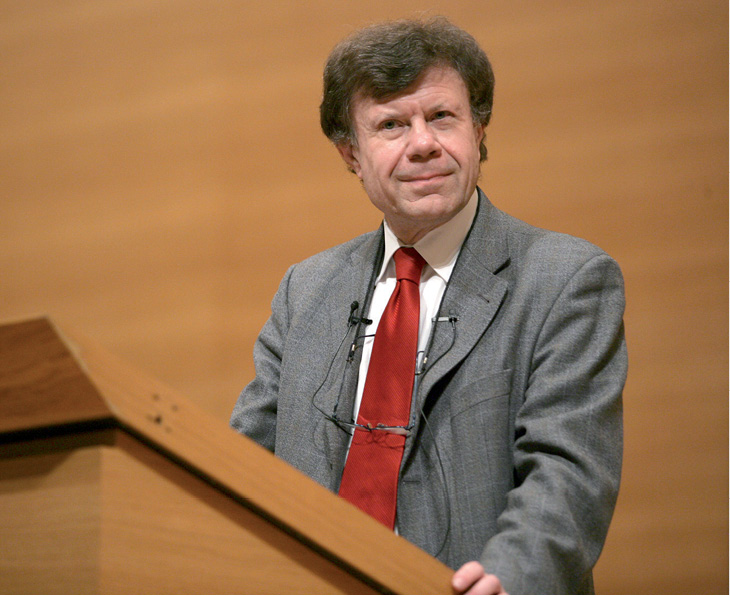 Chartier is the author or coauthor of more than a dozen books, most of which have been translated into a wide variety of languages, testifying to their international dissemination. His first book, a 1976 study of French education from the 16th century to the Revolution written collaboratively with two colleagues, placed him squarely in the camp of the celebrated Annales school: it sought quantitative data, which it presented in charts and graphs; it paid attention to the lived realities of schooling rather than to abstract philosophies of education; and it traced its subject over the longue durée of three centuries. In his subsequent work, Chartier both continued and significantly reoriented Annaliste historiography, supplementing its stress on statistics and other objective indicators with a new emphasis on the importance of reading and interpretation. Put differently, Chartier conceived of cultural history as a bridge between social and intellectual history. In his large body of innovative work, he has taken up such topics as publishing houses and printing, the history of the book, the history of letter writing and of private life more generally, and, most recently, playwriting in early modern France, England, and Spain. The book he composed to mark the bicentennial of the French Revolution, characteristically entitled The Cultural Origins of the French Revolution (1st French ed. 1990) and translated into some eight European and Asian languages, can perhaps be regarded as representative of his approach. Rejecting the widespread hypothesis that the abstract content of the works of such philosophes as Voltaire and Rousseau radicalized the French population and prepared it to make a revolution, Chartier insisted that the messages readers took away from such textual encounters were too various and indeterminate to support such an assertion. Instead, he contended, historians should focus on the plethora of books—regarded as material objects—that were both available to the 18th-century French public and integrated into everyday life through new reading practices that sometimes amounted to a mania for reading. It was these material and practical circumstances, then, that served to persuade French men and women that the traditional authorities were being contested from multiple directions and might no longer be owed obedience.

Roger Chartier’s interactions with American historians began early in his career. A fellowship at the Davis Center for Historical Studies at Princeton in 1976 was followed by visiting appointments at the Newberry Library in Chicago, the Folger Institute in Washington, DC, and the history departments of Yale, UC Berkeley, and Cornell during the 1980s. As Chartier began collaborative relationships with US colleagues, he also, as a function of his irrepressibly generous personality, reached out to their students. Soon he was inviting them to visit him when they came to Paris and to sit in on his weekly seminar at the EHESS. He gave them research tips and indispensable guidance in orienting themselves to a foreign academic culture; he met with many of them on a regular basis and read drafts of their dissertation chapters. Since 2001 he has cemented his American ties still further as Annenberg Visiting Professor of History at the University of Pennsylvania. One American historian of France, writing in support of Chartier’s nomination as the AHA Honorary Foreign Member, described him as “an active, generous mediator between the French and American historical professions.” Another broadened that description, calling him “a modern-day Erasmus: he speaks many languages, travels widely, possesses boundless curiosity, and believes that intellectual exchange is the engine of progress.” American historians are fortunate that the United States has been, along with Spain, Portugal, Brazil, and Argentina, among the favorite travel destinations of this modern-day Erasmus.

Roger Chartier will attend this year’s annual meeting. In addition to receiving his award at the awards ceremony (Friday, January 2, 7:30–8:30 p.m.), he will participate as a panelist at the session “Historians as Public Intellectuals in Comparative National Perspective” (Saturday, January 3, 10:30 a.m.–noon) and chair the session “Reassessing the Influence of Classic Theory on Historical Practice: Foucault” (Sunday, January 4, 11:30 a.m.–1:30 p.m.).