The AHA is pleased to announce this year’s summer columnists. Follow along as these graduate students write about archives, place, and sovereignty.

Fernando Amador II, “The Preservers and Retrievers of Stories”

For historians, the archive is their lab. It is the place where we conduct research and follow specific protocols: wear a mask, leave personal items in lockers, sign in, request materials, and gather data. But what happens when there is no lab ready to work in? This is what I encountered when I arrived in Temacapulín, Mexico, in early January. In the town’s administrative building, I uncovered thousands of documents stacked in boxes, collecting bugs and dust, without any semblance of order. Without an organized archive to explore, I had to work to establish one myself.

In my first column, I describe how I developed a strategy for arranging the small town’s documents and provide an overview of archival organization systems. Most historians, myself included, are not trained in the terminology, organizational strategies, or labor in establishing and maintaining an archive. When I arrived and found the unorganized papers of Temacapulín, I had to figure it out. After researching the theories, practices, and history of archival arrangement, I developed a plan and went out to the town to find help.

In my second column, I discuss the experience of teaching this strategy to volunteers and to another community that asked for my consultation after my experiences in Temacapulín. I created a visual guide for the volunteers, which another community also used in undertaking a similar project. I also outline the digitization process in Temacapulín, how I selected software and digital organization for these documents, and the backup process to ensure it is never lost.

By writing for Perspectives, I hope to shed some light on the practices and theories of archival work for AHA readers who are novices like myself. My experience in Temacapulín is not unique. Historians including Heather Ann Thompson and Kelly Lytle Hernandez have written about the challenges of finding, organizing, and acquiring unarchived sources. But archivists and historians remain on separate paths, as archivist Terry Cook has pointed out. Nonetheless, as Inga Clendinnen has stated, archivists and historians are the “custodians of memory . . . the retrievers and preservers of stories.” Through these columns, readers will get a glimpse into archival studies through my experience in Temacapulín to reduce this gap between the archival and historical craft.

Fernando Amador II is a PhD candidate in history at Stony Brook University. His work focuses on environmental, migration, and Mexican history and he has an interest in the digital humanities. He is currently working on his dissertation, “Children of the Land: Migration and the Remaking of Rural Mexico,” which explores how migration altered the identity and landscape of Temacapulín, Mexico. He has also worked as a GIS-mapping analyst for a StoryMap website that details the history of Mexican restaurants in New York City and has written on the benefits of teaching GIS in undergraduate history programs.

The COVID era has highlighted the exclusionary and restrictive capabilities of public spaces and how restrictions can be deployed when deemed necessary. My Perspectives columns use the University of Southern California’s (USC) perimeter fencing and the Santa Fe Street International Bridge in El Paso, Texas, to highlight the implicit or explicit exclusionary nature of everyday spaces. These two case studies are a part of my “every day,” as a student at USC and a native of El Paso. I speak about the sites I know, so others can think about the sites that they know.

My first column examines USC’s Wall of Troy. Built in 1956 to “protect” students from the perceived dangers of the Black and Latinx neighborhoods of South Los Angeles, the wall represents a history of USC’s fluctuating exclusion and inclusion of the broader South LA community. During the pandemic, the university used the wall to limit access points to facilitate daily screenings, contact tracing, and testing. The COVID era may have normalized and justified restricted entry to campus, but the long-standing Wall of Troy allowed exclusionary practices of the past to have a place in the present.

My second column focuses on the Santa Fe Street International Bridge in El Paso, Texas. COVID-19 restricted movement across the border to reduce the risk of infection, which effectively prevented noncitizens from entering the United States. This same place, 100 years ago, was the top-performing “disinfection” plant on the Texas-Mexico border, where soap and chemicals were used to cleanse thousands of Mexicans crossing into El Paso. Public health–driven policies and practices have historically targeted racialized others in the United States, and the Santa Fe Street Bridge stands as a reminder of the connection between public health and the perceived threats from across the border.

Across these columns, I offer examples of how the impacts of COVID-19 extend far beyond health. The COVID era provides a moment to reflect on the everyday spaces and infrastructure that historically functioned as sites of exclusion and how these systems persisted and were used during the pandemic. Most importantly, my questions will encourage readers to think about the connections between place, COVID, and exclusion in their everyday surroundings. My goal is to start a conversation about reckoning with these sites and the ways that we can engage with the difficult histories they hold.

Arabella Delgado is a PhD student in American studies and ethnicity at the University of Southern California. She holds a BA from the University of Michigan in American culture and anthropology. Arabella’s research lies at the intersection of critical heritage conservation, Latinx history, borderlands studies, and public history. A native of El Paso, Texas, she is interested in the historical narratives prioritized in heritage projects on both sides of the US-Mexico border and their contributions to shaping local history and identity.

Noah Ramage, “The Native Nation: Then and Now” 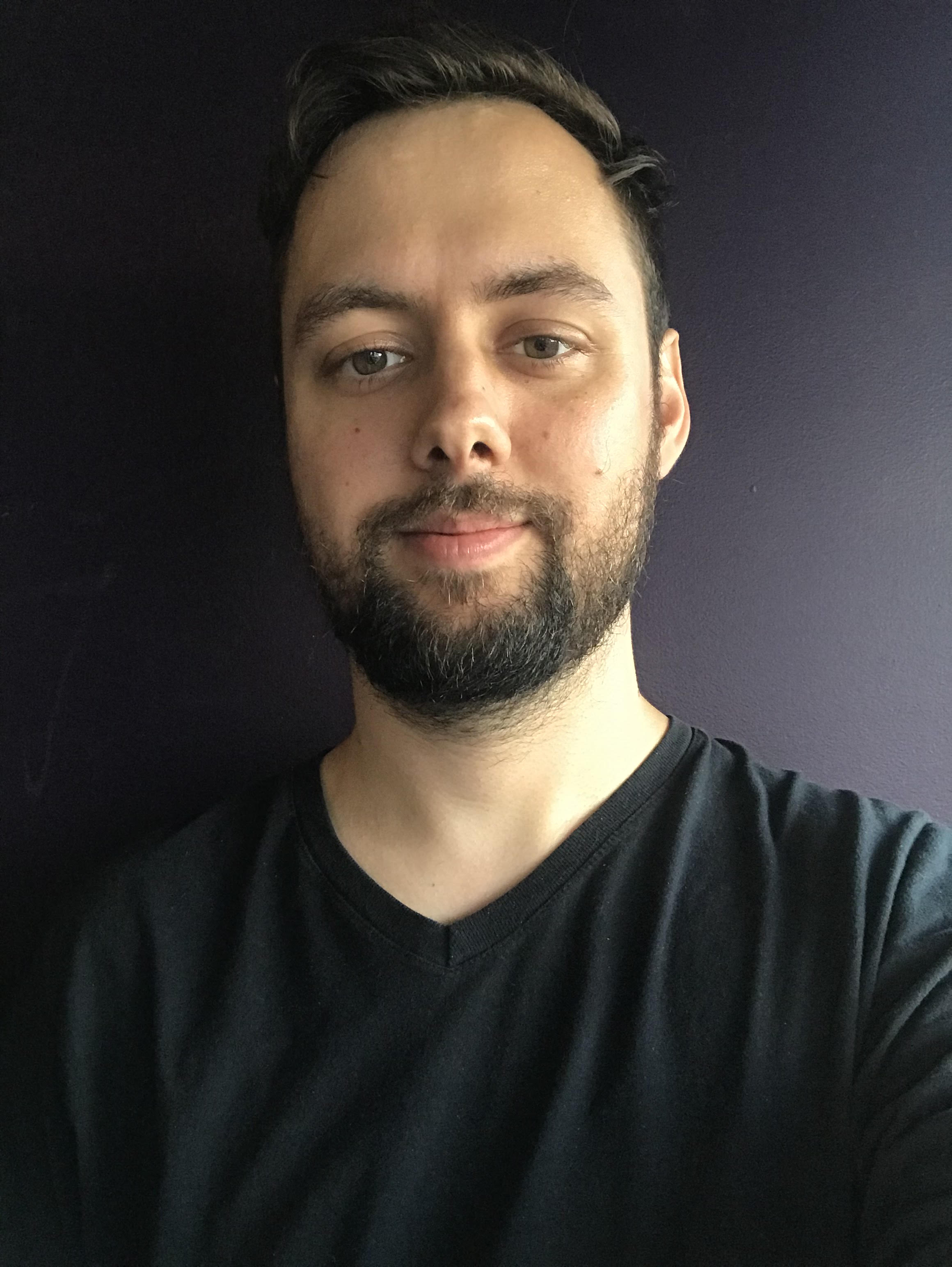 Last September, in his annual State of the Nation Address, Principal Chief Chuck Hoskin Jr. told his fellow 400,000 Cherokees: “The sovereignty we seek today must be a complete sovereignty, one that serves all people and sustains us for the next seven generations.” For his part, current Oklahoma Governor Kevin Stitt, himself a Cherokee citizen, has donned the caustic politics of the 19th century and declared that a historic ruling protecting tribal nationhood “threatens Oklahoma’s sovereignty,” adding that he seeks the state’s “complete restoration.” Yet again we must remind ourselves that historians of Native America cannot only study the past; they must study the present. Illiberal populism has made tribal sovereignty a target, and it now falls on historians to jealously defend the independence of the nations and peoples we study.

My first column, “We Have Always Been Global,” looks at the global democratic slide and the related invasion of Ukraine through the lens of Native American history. I discuss how Cherokee nationalists embraced a new constitutional model in 1827, early for any modern republic, and how they spoke openly of their admiration for American liberal democracy. This government survived the whole of the 19th century, and it was but one example of Indigenous nations and figures promoting democratic rights and systems. I argue that these claims were meant to be liberatory not just for specific tribes, but for all Indians and for all people. Native people and nations have always thought globally, and I argue that our anticolonial values intrinsically align with any pro-democracy efforts we support.

The second column, “Sovereignty is Not So Fragile,” examines the argument that demographics and the presence of US settlers somehow invalidate treaty obligations and any form of separate national existence for American tribes. This argument was even expressed, at length, by US Supreme Court Justice Brett Kavanaugh during the historic case of McGirt v. Oklahoma in 2020. I use historic examples from the tribes of Eastern Oklahoma to demonstrate that scholars have frequently misunderstood the effects of white settlers on the reservations they inhabited. The mere presence of white settlers did not magically destroy tribal sovereignty, and these governments came up with brilliant strategies to manage the influx of would-be colonists. Ultimately, it was state intervention that unraveled Native sovereignty, and even then, McGirt v. Oklahoma shows that at the height of US imperialism, Congress was still unable to disestablish the nations of Indian Territory.

Noah Ramage is a PhD candidate in history at the University of California, Berkeley. He studies Native American and Indigenous history with a focus on the political and economic development of the Cherokee Nation and Indian Territory during the late 19th century. His dissertation explores how the self-described “little republic” instituted reforms during the 1880s to mitigate the costs of settler encroachment and promote the extension of “domestic independence.” During the summer of 2022, he will be supported by the Western History Collection Masterson Fellowship. He is a proud citizen of the Cherokee Nation.

The Perspectives Daily summer column program is designed to highlight the voices of graduate students and to emphasize the importance of communicating the work of historians, broadly defined, to a variety of audiences and in a variety of media. See the original contest announcement for more information.