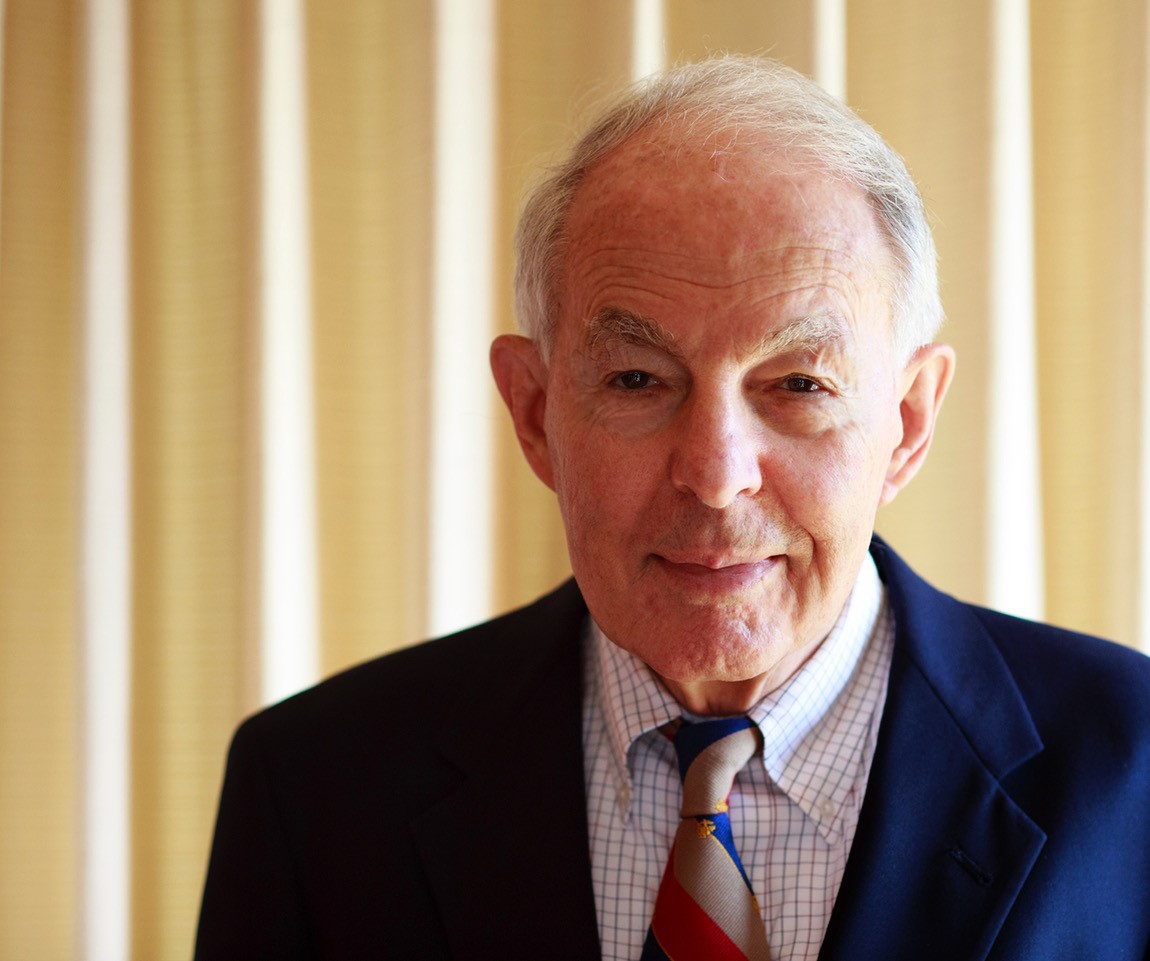 Robert Middlekauff, a dedicated teacher and leading scholar of early American history, died peacefully on March 10, 2021, in Pleasanton, California, at the age of 91.

Born in Yakima, Washington, Bob grew up in the Pacific Northwest and received his BA and, after war service in Korea, MA at the University of Washington, where he worked with Max Savelle. He then studied at Yale University under the supervision of Edmund Morgan, receiving his PhD in 1961. He took up an appointment at the University of California, Berkeley, in 1962, where he taught until his retirement in 2000, except from 1983 to 1988, when he served as director of the Huntington Library, Art Gallery, and Botanical Gardens, and one year spent as Harold Vyvyan Harmsworth Visiting Professor of American History at Oxford University in 1996.

Working with Morgan turned Bob’s scholarly interests to New England’s history. His first book, Ancients and Axioms (Yale Univ. Press, 1963), was a short but deeply researched account of the region’s secondary education in the 18th century. Later came The Mathers: Three Generations of Puritan Intellectuals, 1596–1728 (Oxford Univ. Press, 1971), a major reassessment of Puritan belief and practice through study of the powerful and prolific Boston family of clerics. Through reading the huge corpus of their printed and manuscript writings, Bob challenged the traditional picture of Puritanism’s declension and pointed to how the Mathers, especially grandson Cotton, led their congregations toward more pietistic, affective, and socially engaged forms of religion. Eloquently written and deeply considered, The Mathers received the Bancroft Prize in 1972.

As a rock of stability and trust during Berkeley’s turbulent years, Bob served as provost, dean of the College of Letters and Science, dean of social sciences, and, for three separate terms, department chair. He took on immense responsibilities when he became director of the Huntington Library in 1983. All the while, he was a member—and often chair—of numerous committees, councils, and editorial boards elsewhere, especially at Williamsburg’s Omohundro Institute of Early American History and Culture.

Notwithstanding, he was able to turn back to scholarship when invited to contribute to the prestigious Oxford History of the United States. The resulting 700-page volume, The Glorious Cause: The American Revolution, 1763–1789 (Oxford Univ. Press, 1982, 2005), provided a compelling and accessible narrative of these crucial founding years. It particularly excelled in providing the transatlantic political context of the rise of colonial protest and resistance, and then in describing the conduct of the Revolutionary War, both its battles and the motivations and experiences of those who fought in them. From this turn in interest to the last years of British America came two further books, Benjamin Franklin and His Enemies (Univ. of California Press, 1996) and, the great project of Bob’s retirement, Washington’s Revolution: The Making of America’s First Leader (Knopf, 2015), a probing study of the evolution of George Washington’s character and leadership skills. At his death, Bob was still at work, researching the historiography of the revolutionary period and the papers of Mark Twain held in Berkeley’s Bancroft Library.

An award-winning undergraduate lecturer, Bob most cherished the free-flowing intellectual exchange and participation of the seminar. One of his—and this writer’s—fondest memories was the occasion when his graduate seminar on the seemingly sober subject of the Great Awakening aroused concern from neighboring faculty offices because of its level of hilarity and debate. Bob directed (or, more accurately, facilitated) some 25 doctoral dissertations on a wide range of subjects. Those he worked with loved and revered him, as evidenced when they gathered in large numbers to mark his retirement from active teaching. Bob is survived by Beverly, his wife of 68 years; their children, Sam and Holly; and three grandchildren.